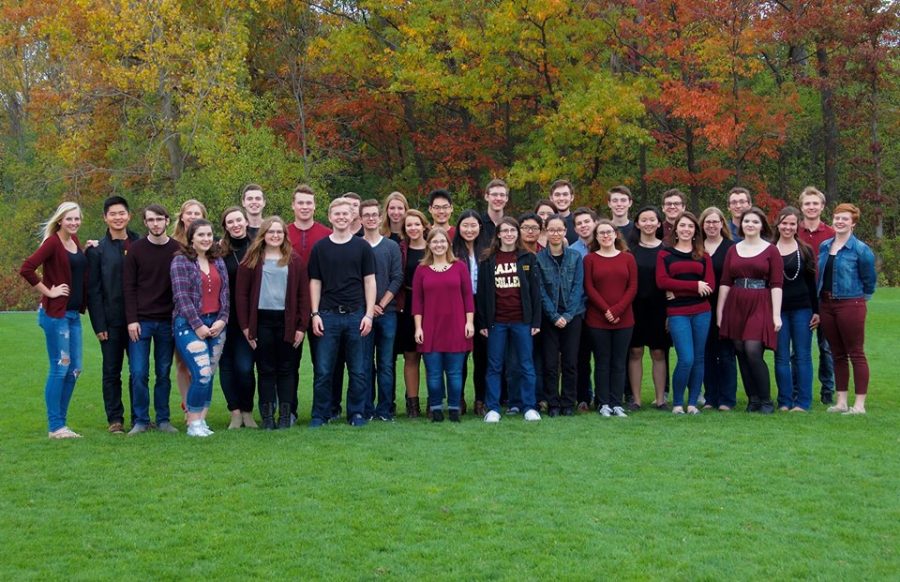 Note: Since publishing this article in print, Chimes has received permission to include names alongside several quotes that were previously anonymous.

Professors Amy Wilstermann and Craig Hanson, directors of the honors program, presented the proposal and led discussion at a faculty senate meeting on Feb. 27.

The directors have been working with a team of faculty and administration since the summer of 2016 to address concerns regarding the identity, faculty recognition and community among students within the program. The title for the distinguished scholars track has yet to be solidified by the directors.

“While our current honors program has encouraged students to push their studies beyond the regular expectations,” Hanson said, “it hasn’t always provided a consistent experience for all participants. Designated honors sections of courses have tended to be at the introductory level, and the results of honors contract courses have varied widely.”

The two-track program is an effort to alleviate these issues and provide opportunities for incoming students who might not otherwise have participated in the honors program. The honors collaborative would graduate with honors and the distinguished scholars would graduate with distinction.

“The [distinguished scholars course] will give students interdisciplinary opportunities embedded within a collaborative approach to learning while the [honors cohort] will provide access to honors-designated seminars at the 300-level,” Hanson said.

Wilstermann explained that the honors program has had issues in the past forming relationships and a strong sense of identity between faculty, students and across departments. Now, the honors collaborative and distinguished scholars tracks will incorporate broader interdisciplinary work and additional community engagement offerings for students.

Other priorities have been addressed including fuller compensation for faculty dedication and a standardized process that will will clarify requirements for students and possibilities for competitiveness compared to other colleges.The higher the standardization within the program, the higher retention rates the program will receive, Wilstermann commented.

The plan also includes finding a physical space for pedagogical innovations that would benefit departments across the board.

Several objections were made to the proposal, including that the document proposal did not specify a third option for students within the distinguished scholarship program to transfer into the honors program.

Professor Peter Snyder from the physics department commented that the proposal document explicitly abstained from offering distinction scholars students with the opportunity to graduate with honors.

“It seems that we could have a third option,” agreed professor Haan from the physics department. “A distinction-plus idea.” Haan requested that an amended proposal be put to a vote, but it was turned down.

Others questioned whether the two-track system might create a tier system which valued honors students’ accomplishments above distinguished scholars.

“One thing that I would request: considerable transparency,” Snyder said. “That we would have an outside group look for biases — [such as] race gender origin, but also discipline area.”

According to the honors directors, it is not the goal of the honors collaborative and distinguished scholars course to be biased whatsoever. “Instead, the two tracks are designed to accommodate different kinds of student goals,” Hanson said.