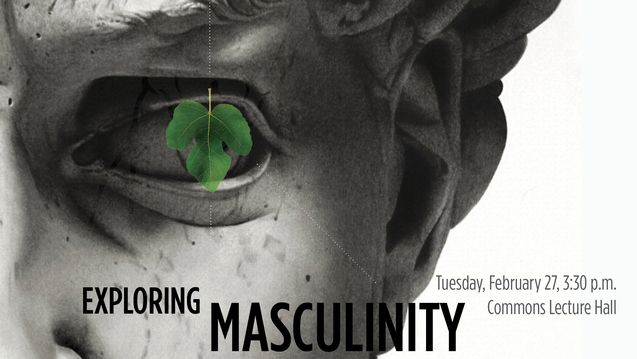 Panelists and students at Calvin tackled issues of masculinity within Christian circles in the Commons Annex Lecture Hall as a part of the Sexuality Series.

“For too long men have dominated women, inappropriately, sinfully, wrongfully. When we look at Adam and Eve, they were equal until the fall. And we carry that.”

According to Du Mez, societal pressure has exacerbated the divide between what Du Mez referred to as “God-given manhood” and “current manhood.” Du Mez remarked that no monolithic definition of masculinity exists across cultures.

“Wherever you’re located, there’s a strong tendency among Christians to assume there is one standard God-given masculinity and femininity.”

Du Mez said this tendency leads to minimizing stories of sexual harassment and valuing sexual purity over personhood, inflating the idea that only pure women are worth honoring. Men often feel justified in mistreating women who are not considered pure as a way of punishing their behavior.

Du Mez pointed to Mark Driscoll as an example of a “hyper-macho pastor” who has been criticized for making misogynistic statements in his sermons and writings. France-Coe agreed that men like Driscoll set a precedent for Christian leaders that misogyny is not only acceptable, but desirable.

Stephens reminded attendees to remember the redeeming qualities of masculinity. Du Mez also emphasized the need for people to value principles like the fruits of the spirit across the spectrum rather than gendering them. According to Du Mez, it is time to remove the ideal of Christian masculinity and replace it with traits like the fruit of the holy spirit grounded in love.