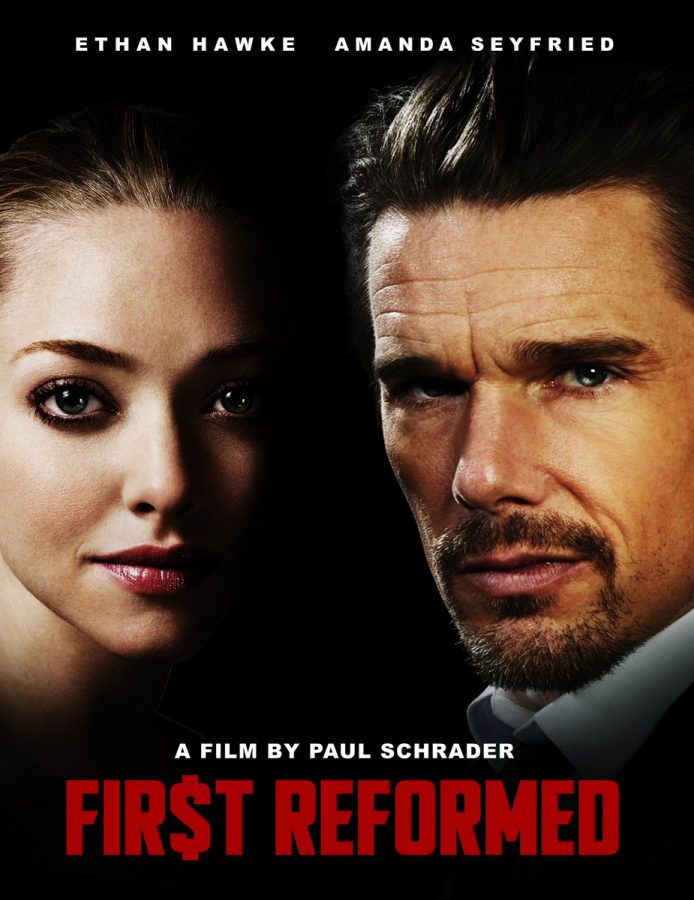 Paul Schrader, a 1968 Calvin alumnus and former Grand Rapids native, attended the premier of his newest film “First Reformed” as part of the Loeks Visiting Film Artist Series. Following the screening, Carl Plantinga of the Calvin communication arts and sciences department led a Q&A with Schrader.

Schrader is best known for his collaborations with director Martin Scorsese, as Schrader wrote the scripts for “Taxi Driver,” “The Last Temptation of Christ” and “Raging Bull.” Schrader has also directed over 20 feature films himself, several of which — including “Affliction” and “Hardcore” — were filmed in Grand Rapids.

“First Reformed” sees Schrader take certain themes of brokenness and misguidance from something like “Taxi Driver” and apply them to the church.

Starring Ethan Hawke, Amanda Seyfried and Cedric Kyles, “First Reformed” follows Ernst Toller (Hawke), a reverend living in upstate New York who is responsible for a minuscule congregation in the local First Reformed Church. The church itself, which was used as a station of the Underground Railroad, is beautiful, very old and attracts a number of tourists. However, ever since a megachurch opened up right next door, Toller has seen the attendance at First Reformed grow smaller and smaller.

This isn’t the only thing that’s eating away at Toller. He’s had a long, difficult life as his son was killed during the Iraq War — only because Toller pushed him to join the army in the first place. Since then, he has divorced his wife and spends his nights drinking alone at the church.

Yet, when a young couple, Mary (Seyfried) and Michael (Philip Ettinger), approach Toller and ask for his help — Michael is a disturbed environmental activist seeking guidance — Toller realizes he can’t run from his demons for forever.

“It was definitely interesting and really gives you something to think about,” said Maria Emerson, a senior. “Overall, I think it’s a very important movie and it’ll be interesting to see how [the movie] does when it comes out.”

During the Q&A, Schrader talked about his motivations and reasoning in the creation of “First Reformed.”

“My point of entry into the motion picture world was through spiritual film,” Schrader said. “It wasn’t through gangsters, musicals or shoot-em-ups. I was a very serious kid and Calvin student, and all of the sudden I started watching Ingrid Bergman. … I realized that there was a bridge between what I had been raised to believe and this art form that I had been told was profane.”

The film itself asks a lot of large questions about faith and commitment, while simultaneously addressing more topical issues of climate change and mental health, without necessarily giving viewers all of the answers. Schrader purposefully plays upon and subverts the audience’s expectations, creating a reflective piece relevant to the modern day.

“Our company exists to create space where story happens — where diverse communities gather around music, around movies, around story and around events — and interact and see each other differently because of those art forms. … We’re glad to partner with Calvin College in bringing some really well recognized filmmakers to Grand Rapids, so that we can screen their art and discuss with them.”

“First Reformed” will be properly released on June 22, under A24’s production banner.