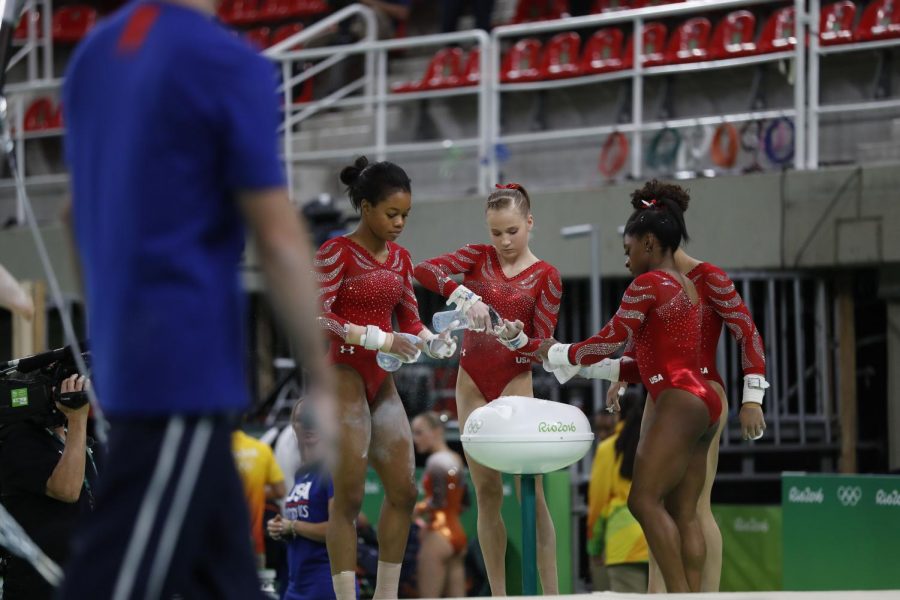 In response to the sexual assault of hundreds of gymnasts by Larry Nassar, several Calvin students and staff members commented on the scandal and expressed confidence in Calvin’s protections for its student athletes.

Larry Nassar, a former Michigan State University (MSU) and USA Gymnastics doctor, has been sentenced to up to 175 years in prison for sexually abusing over 250 gymnasts since 1992.

According to Sarah Visser, Calvin’s vice president of student life, Calvin has always been engaged in continuing to offer an atmosphere of safety and trust for every student at the college, including athletes.

“The college is committed to establishing a culture of accountability,” Visser said, “and this means that we respond to all conduct reports with some level of conversation, consequence, or intervention. We have experienced staff who endorse and implement our missional philosophy in all interactions with students.”

“It just disgusted me. [Nassar] could’ve used his authority for good, but instead he abused it and abused people’s trust.” Bidinger explained how relational the Calvin staff is, and how important their relationships with the athletes are to them.

After hearing about what happened to other female athletes her age, Bidinger said, “It made me feel grateful for what Calvin offers.”

Visser said that Calvin does everything in its power to assure nothing like Nassar’s crime happens on its campus with a variety of services. For example, Safer Spaces is a service offered by Calvin that is dedicated to helping create a safe and comfortable environment for students, ensuring their safety from sexual assault and harassment.

“Seventy-five percent of the reports received, both online and in-person, involve a third party (someone not directly involved in the incident),” Visser explained. “This points to the effectiveness of the process and is a good indication of the Calvin community’s familiarity with it as well as a shared commitment to addressing issues and reports as they arise.”

“Calvin is good at making sure you feel comfortable in every situation. But it makes you think about what other colleges have kept secret and behind the scenes.”

Title IX is a United States federal law that states that no one can be discriminated against or denied any resources concerning education in regards to sex. In 2011, the Department of Education’s Office for Civil Rights issued a statement saying, “The sexual harassment of students, including sexual violence, interferes with students’ right to receive an education free from discrimination and, in the case of sexual violence, is a crime.”

“When it comes to the college’s approach to Title IX and athletics, there are many programs that are in place and have had a positive impact,” said Jane Hendriksma, dean of student conduct at Calvin.

Rachel Warners, a junior on the Calvin Women’s Basketball team, shared how the events of the scandal impacted her, as one of her good friends is a female athlete at MSU:

“It’s really scary and mind-blowing realizing people were trying to protect someone who’s actively doing something so hurtful,” she said.

However, Warners also shared how she’s always felt safe and comfortable with trainers and coaches in Calvin’s athletic department:

“I’ve never felt like people are overstepping their bound.”