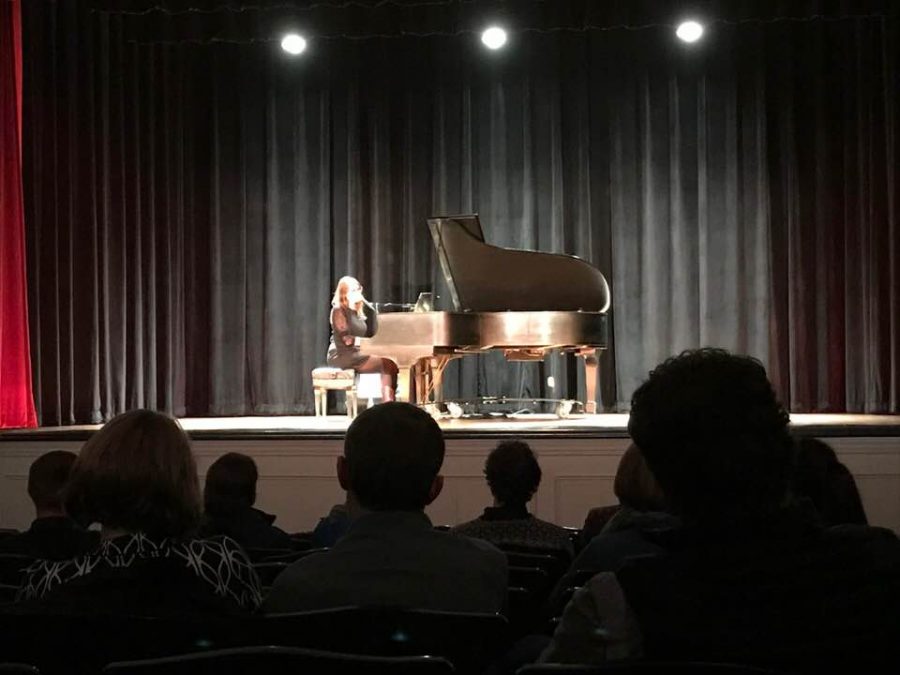 Calvin College alumna Rachel Zylstra performed a show in the Ladies Literary Club on Thursday, Nov. 10, in association with the Calvin alumni association and the students activity office. Zylstra has also performed at Calvin in the past, in November of 2012 and October of 2006.

The singer-songwriter graduated Calvin in 2002. She left Grand Rapids shortly after, while in her early 20s, to move to New York City and try to achieve her dreams of becoming an artist. Zylstra spent the next couple of years playing in clubs and coffee shops, releasing three independent albums in the process. She’s also opened for artists such as David Bazan, Derek Webb, Sandra McCracken, Jay Brannan and Over the Rhine.

In 2016, Zylstra made the bold decision to move to Scotland, drawing inspiration into her music from the surrounding landscape and her new fiancé. She is now touring in the United States this November, deciding to return to Grand Rapids for one week in order to perform for her local fan base.

“I’m really humbled to be here tonight,” Zylstra said after the first song. “I went here many years ago […] It’s really good to be back. My life has taken a few twists and turns to different places, and I’m excited to share with you some of those songs from those places — which are as much internal states of being as they are physical places.”

Zylstra performed without her usual drummer and bassist — instead she simply sat in solitude and played a piano. She touched on work from several of her albums, including “The Tacit Turn” (2015) and “Strings” (2012), and also presented some new material off her upcoming album. Her songs often came in the form of sets of two or three, all of which would chose a common theme or topic to cover.

“To me, there’s so much internalization with my songs, and I define them by place,” Zylstra said. “It’s all about where I was when I wrote the song, or what stage of life.”

One of these themes was the idea of geography. Having moved around so much — and to such widely different locations — Zylstra has had a multitude of unique life experiences that have influenced her music. The area she’s living in often leads to a series of challenging or difficult occurrences, which Zylstra then processes through her songwriting. The result is a collection of personal, often sad or sentimental, verses that achieve a certain level of honesty.

“It was quite the year in Scotland, and clearly doors opened there,” Zylstra said. “The only bad thing is that it hasn’t been good for my songwriting because I write in sad times or about sad things. So in happier times, I’m still looking for my songwriting groove.”

Whether she’s in Grand Rapids, the busy streets of New York or overseas in a different country completely, Zylstra has always found a home through her loved ones and through her passions. These passions, then, come out in the form of her music. She chooses to embrace these inner feelings, crafting her songs to come from a place of confidence and openness as a result.