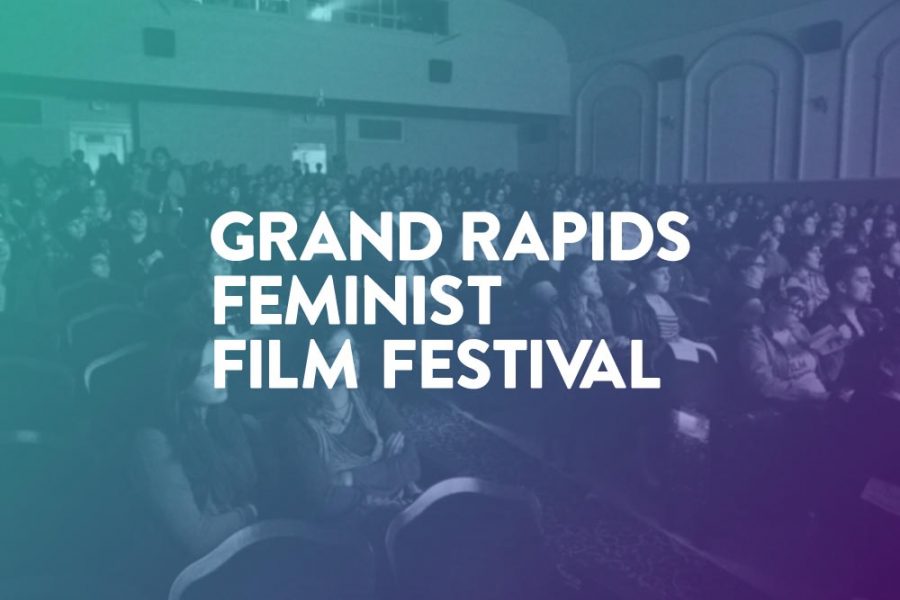 The one-day festival is celebrating its fourth year of existence. Photo courtesy GRFF.org.

The Grand Rapids Feminist Film Festival (GRFFF) took place this past Saturday, Oct. 21. In its fourth year, the festival includes films, panels and workshops that are free for the community.

Starting off as a project from publisher “The Bandit Zine,” the GRFFF has evolved from an evening showcase to an all-day affair which includes local and international films. The schedule of events started at 12:30 p.m. and ended at 10 p.m.

In years past, the GRFFF was held at the Wealthy Theater in Eastown. This year, it moved into downtown Grand Rapids at the Urban Institute for Contemporary Arts (UICA) to make more room for the over 800 attendees.

While some films included adult content, there was also a block of family-friendly films. The GRFFF offers these films to help parents teach their kids about social justice and feminism, making the festival even more accessible. GRFFF provides this sort of education for parents to raise children with a broad worldview for free.

Although the films are the main focus of the event, the GRFFF also offers panels and speakers as complementary parts of the festival experience. The panels usually touch on themes of  the featured films, but attendees can also suggest panels on other hot topics through surveys and community polls.

The GRFFF showcases “short films” that are 20 minutes or shorter, as opposed to full-length “feature films.” The festival chooses short films in order to include a variety of topics in one day. Festival Director Lydia VanHoven explained that in the future, the GRFFF hopes to expand into feature films, but right now one day is too short to fit feature films into while still retaining a healthy variety.

To decide whether or not a submission will make it into the showcase, VanHoven says the GRFFF looks at two major qualities of the film: the feminist/social justice aspects of the film and the quality of the film.

“Not only is who’s on camera important, but who is behind it is too,” said VanHoven.

The GRFFF submission committees look for casts with mostly women or non-binary persons as well as the storyline, which needs to include qualities of social justice or be about a marginalized group. After a film passes an initial round of approval, the GRFFF goes through rounds of screenings, where judges individually watch, score, and write an essay about each film. Then the top-scored films are watched by all the judges before they make their final selections.

Along with exploring the many issues of social justice of underrepresented groups, the GRFFF does tackle the topic of its namesake, feminism. They aim to explore what feminism is, whom it includes, and what it means to interact with it in the world. Calvin junior Ale Crevier thought the topics the GRFFF shares are worthy to be explored by Calvin students.

“For the fairly and assumedly homogeneous culture that it is,” said Crevier, “Calvin could do itself some good by seeing some films about gender and sexuality, a subject matter which isn’t addressed as much as it should be on campus. Self-education is always a good thing.”

The GRFFF includes films from all over, from a Croatian film called “Gamer Girl” to an Israeli music video called “Kadam Lach.” However, the GRFFF has also made a conscious effort this year to include more local films. Some of these local films from here in Grand Rapids include music videos and a music documentary, which feature local bands Lady Ace Boogie, Lipstick Jody and Emma Loo.

“If GRFFF sounds like something you’re all about, don’t be afraid to contact us. We’re always looking for new voices to join our organizing board,” she said.