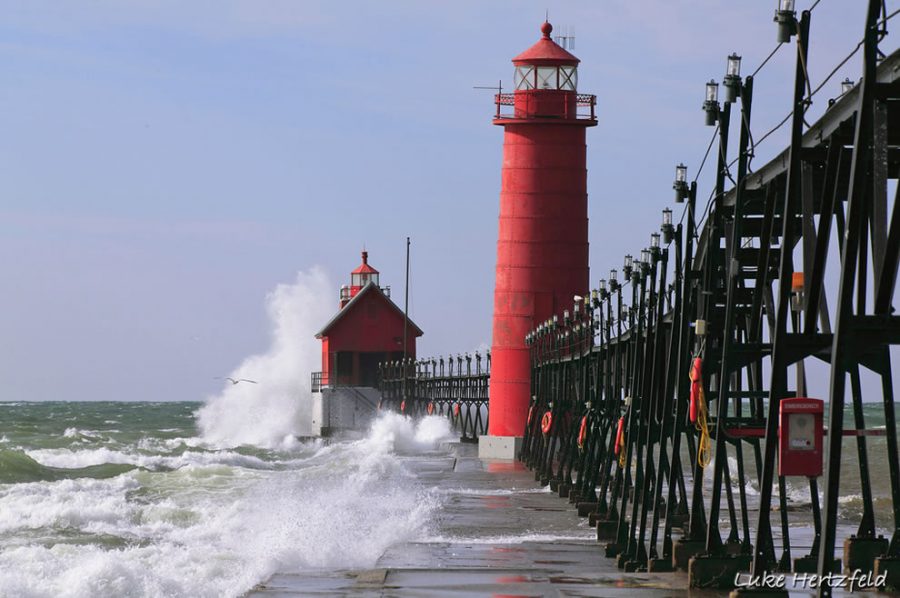 Grand Haven is city known for its coastline attractions such as a well-kept boardwalk, an impressive lighthouse, several beaches and beautiful views of the water. In the summer, Grand Haven draws many tourists and is “a mecca for resort living in the summertime” according to  City Manager Pat McGinnis. Despite being a tourist attraction, however, it still manages to maintain a ‘small town’ feel.

In 1833, the United States government granted a patent for the land to a fur trapper and trader named Rix Robinson. Robinson and Rev. William Ferry, a man who joined Robinson in order to harvest lumber, disagreed on what to name it. In his book regarding the history of the town, author David Seibold wrote that Robinson wanted to name it Grand Haven because it was a safe place for sailors, while Ferry wanted to name it ‘Stuart’, after a good friend of his. In 1835 Ferry sent an application to Washington in order to officially become the postmaster of the town of “Stuart.” Robinson still wanted to name the town “Grand Haven”, so he canoed and walked to White Pigeon, where he recorded the land as “Village of Grand Haven” 19 days before Ferry’s application arrived in Washington.

From 1840 to 1890, timber was Grand Haven’s main industry.  Timber would be collected then transported away by train or boat. This  industry was incredibly successful; Seiobold recorded in his book of Grand Haven’s history that the timber industry  reached a maximum production of  198,093,190 ft. of log boards in 1883 . The success accelerated population growth from 500 to 5,000 people during those first 50 years of European settlers.

The town is still closely connected with water traffic, so the United States Coast Guard has a station right in town. The Grand Haven throws a festival in its honor, appropriately named the “Grand Haven Coast Guard Festival.”

Today, Grand Haven has grown to a population of 10,819 people and is a popular summer destination for hundreds of people each summer who want  to enjoy time on the shore of Lake Michigan. Though people come here from all over , the city itself does not have much diversity. According to the United States Census Bureau, 96.9 percent of Grand Haven residents are white, which is a significantly higher percentage than the national average of 76.1 percent. Grand Haven has a higher percentage of residents in the age range of 45-74, 39.5 percent, compared to the US average of 34.2 percent.

“It’s not that we don’t want there to be diversity,” one anonymous Grand Haven resident said, “it’s just that statistically speaking, a lot of the people living here are upper-class white people.”

Despite this concern, Grand Haven is thriving, with average rates of poverty and unemployment less than the rest of the country. Grand Haven gets 24.4 percent of its income from manufacturing and other production. Tourism, consisting of recreation, entertainment and food service, only accounts for 9.7 of the total city income.

Many tourists are drawn to Grand Haven’s pier and lighthouse, which are natural characteristics of a coastal town. Grand Haven’s lighthouse has become an iconic symbol of the city due to its bright red color and functionality as  a US Coast Guard town.

Natives of Grand Haven are appreciative of how their town looks, but enjoy the friendliness of their town even more:

“Everyone’s super friendly… [Grand Haven] is not the smallest town, but it has a small-town feel and everyone is super kind,” said Jaclyn Nelson, an employee at Pronto Pups, the iconic corndog stand of Grand Haven.The small, beach-town feel and history-rich culture contribute to why Grand Haven is loved by residents and visitors alike.