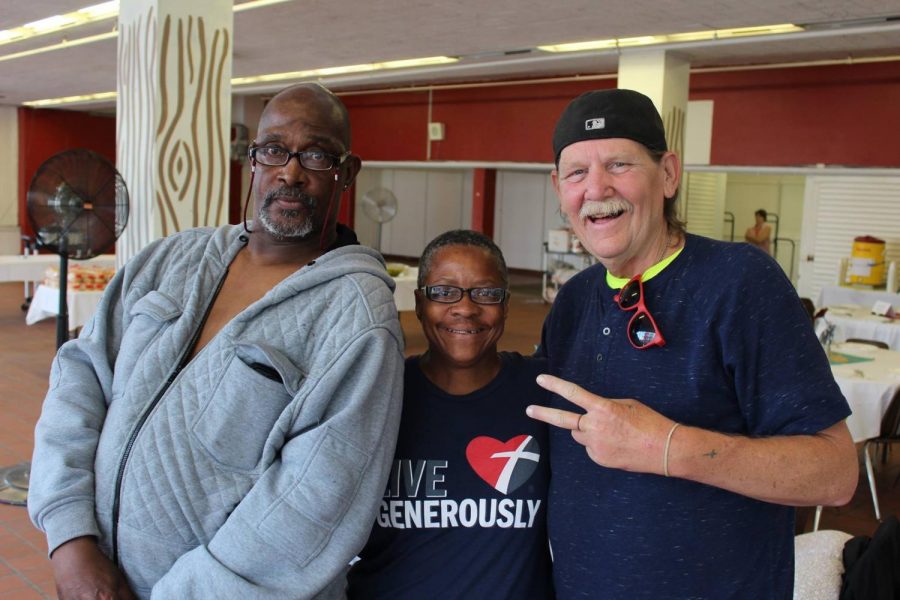 Situated at the corner of Division St. and Cherry St. sits Dégagé, created to “give help and hope” to the homeless of Grand Rapids. Originally started in 1967 by two Calvin graduates to provide coffee and a place of rest for homeless women in the area, Dégagé has since expanded to offering food and employment aid to both men and women. As a ministry, the organization offers a weekly Bible study and focuses on hearing the stories of patrons. Directed by Marge Palmerlee, the organization has been a major force in Grand Rapids’ effort to love our homeless neighbors as ourselves.

At Dégagé, volunteers have the opportunity to swap stories with patrons, allowing the two groups to connect. The ministry opens its doors to everyone from disadvantaged artists to ex-convicts.

One man, who asked to be called Jim Harrison, got out of prison in late September. After being incarcerated for 25 years, Harrison was shocked at the aid Dégagé provided.

“These are the nicest people I’ve ever met truly. They really care for you. Not because they have to, but because they want to… I’m tearing up just thinking about it.”

After years of growth in the prison system, Harrison deeply appreciates the ministry of Dégagé and its juxtaposition to incarcerated life. Despite the harsh and unforgiving world he spent the last quarter century in, he remains optimistic and is working aggressively to get back on his feet. One of the most jarring experiences for him after leaving prison, he said, was the advancement of technology. Until speaking with Chimes last week, he did not even know what an app was.

A Calvin graduate, Joseph Yonker, has been a volunteer at Dégagé for many years. As a student, he stumbled upon the ministry while looking for a place to volunteer. He has loved the organization ever since, citing the people he gets to work with as his primary reason for staying. Yonker shared that about 80% of the patrons at Dégagé have some sort of mental impairment, such as an addiction or a disability.

“The biggest obstacle to recovery is not being treated as humans outside of places such as Dégagé, ” Yonker said.

In order to counter this tendency, he emphasized the importance of volunteering and working to understand people. According to Yonker, people often do not understand that most homeless people are often on the street due to circumstance and not by choice.

Another man, Dennis Burkett, is a well-known artist of the Heartside District. Focusing on poetry and oil painting, Burkett has been featured in the Heartside Gallery and various exhibitions. A victim of circumstance, he was forced out of work after two stabbings and the long, expensive recoveries that followed. Now fortunate enough to present his artwork again, Burkett credits God for his success and recovery, both mentally and physically.

“It was 10 years after I stopped creating art when my sister died. Then I wrote a poem for her funeral and have been writing since.”

If students are looking to volunteer at Dégagé, to interact with and serve an important portion of the Grand Rapids community, they can contact Holly Kamel. Dorms and athletic teams at Calvin have also partnered with Dégagé in the past, providing weekly service and ice cream to patrons.