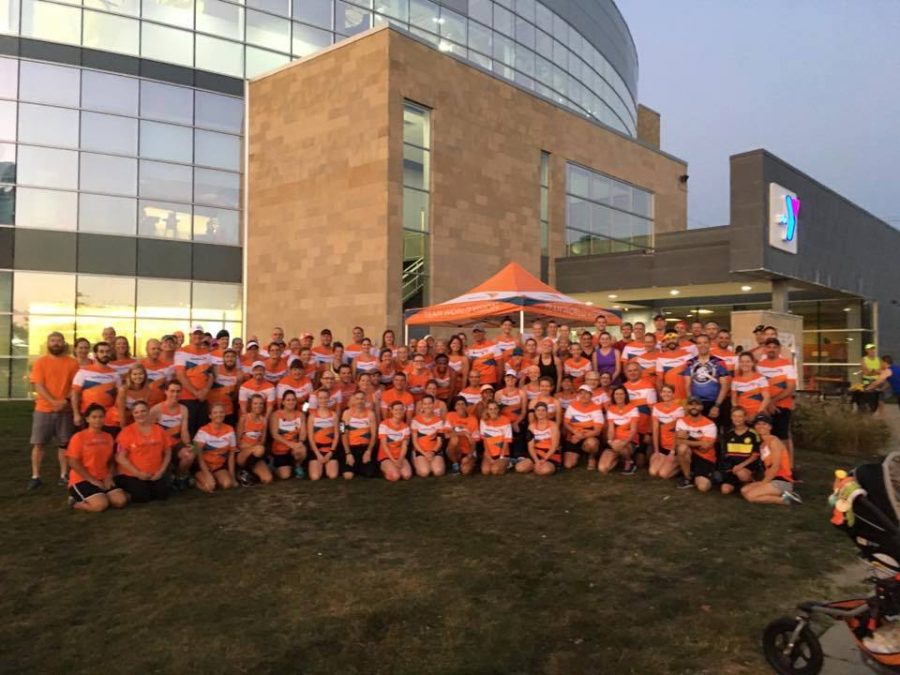 To lace up a pair of running shoes and run a marathon is no small task, as it requires months of training, hard work and dedication. While many people run marathons or half-marathons for personal achievement or fitness, a group of 14 Calvin students have chosen to commit their time and energy to run for a different reason. These students, along with over 500 other community members in Grand Rapids, have chosen to join Team World Vision for the Grand Rapids Marathon on Oct. 15 and run to help end the clean water crisis. Through their participation and fundraising efforts, they have raised over $250,000 in the last 5 months to put toward the cause.

Senior Laurel Machiele, a runner of Calvin’s team for World Vision, understands the importance of clean water since taking IDIS 212, ‘Global Health.’ She chose to run with the team because of the impact that access to clean water has on individuals and communities.

“In class, I learned about major contributors to health and disease in different populations,” said Machiele.  “In many of the low-income countries we looked at, a leading cause of child mortality was diarrhea. Bacteria, viruses, and protozoa living in unclean water are the underlying cause.” World Vision employs several methods for reaching communities that do not have access to clean water such as wells, roof attachments and pipelines.

Although the funds made through running go to serve communities across oceans, mostly in Africa, being a part of Team World Vision can impact those who run as well. Kelly Natelborg, the Grand Rapids Events Coordinator for World Vision, signed up for her first marathon in 2014 with Team World Vision. She did not consider herself a runner then but has since seen some changes.

“Team World Vision has impacted my life in some serious ways,” said Natelborg. “Signing up for the race gave me a way to have a huge impact on communities in Africa without moving overseas. Coming on staff has allowed me the opportunity to bring more people into this ministry and encourage them to do something crazy on behalf of some of the most vulnerable children in the world.”

There are many different types of fundraisers used by organizations, but Machiele explained the significance of running to raise money.

“The fact that this fundraiser entails putting forth a lot of effort and time made it much more meaningful and purposeful than other types of fundraising,” she said. “Reminding myself of the reason for running — for something greater than enjoyment, personal health, or challenge — was motivating.”

With most team members running the full marathon using an 18-week training plan, it can be a journey of finding endurance and dedication. For Calvin team member Lara Tongue, after studying abroad in Ghana, she desired a way to give back to others.

“Training for this race has included highs and lows,” she said. “I really did not consider myself a runner, but the training process has been extremely empowering. Of course, through the entire process, I have also been pushed to lean on God for strength when I’m feeling especially drained.”

With the race just two days away, Machiele and Tongue expressed their mix of excitement and nervousness.

“I feel like the race will be a big celebration of everyone’s contributions—my donor’s financial support and my training effort. It’s exciting!”

Both team members are still fundraising and if you would like to contribute to the cause, or join the team for next year, please email [email protected] for more information.