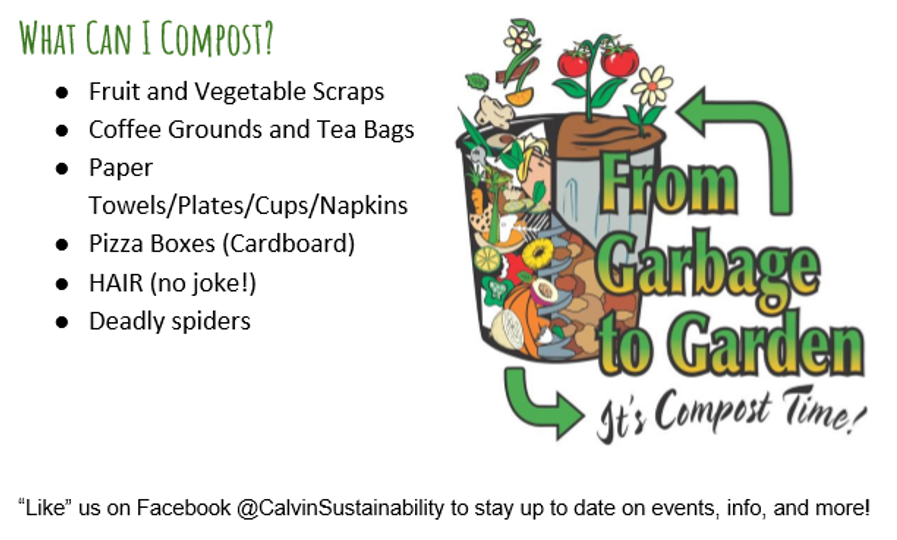 In the Madison neighborhood of Eastown, Grand Rapids, residents now have an alternative to throwing their food waste in the dumpster. Instead, they can utilize a newly launched composting initiative called YOUR Compost program, run by the non-profit urban agriculture organization, Urban Roots. For less than $5 a week, subscribers to the service receive a small bin to place their organic food scraps, which are picked up on Tuesdays via bicycle powered trailers. Choosing to skip the garbage can and collecting organic waste comes with several benefits like reducing personal waste, creating jobs, increasing soil fertility, promoting bicycle powered transportation and supporting the work of Urban Roots.

The programs that Urban Roots designs are based around the principles of what is known as permaculture, the development of agricultural ecosystems that are sustainable and self-supporting in nature.

“The goal of one permaculture principle, ‘stacking functions,’ is to have a system serve as many purposes as possible,” said Jenny Bongiorno, the program director. “Whenever possible, we also work to cultivate circular economies in Grand Rapids. Circular economies are restorative and regenerative in nature and focus on minimizing negative impacts on people, the planet and our economy.”

When Urban Roots noticed its need for fertile soil for their garden, they started the YOUR Compost program instead of going out and buying compost. The program supports their  mission by utilizing what the community has to offer. In return, it’s able to share what is cultivated through their garden by hosting garden parties throughout the year and making the garden a learning space

Similarly, at the Calvin community garden, there is now a compost pile for students to put their food scraps  such as fruit and vegetable peels, egg shells and newspaper. This is one step that Calvin is taking toward environmental efforts, along with placing compost bins in the dorm kitchens which are monitored by each dorm’s sustainability coordinator. Also, last month, the Calvin Sustainability Facebook page emphasized September Sustainability with the theme of composting. Greg Manni, the leadership member of the Calvin Environmental Stewardship Coalition, uses a food storage container for his food scraps at home which he then disposes of at Calvin’s pile.

As far as implementing a composting system on campus, Manni said that “pressuring the physical plant and the administration to make it known that (composting) is something necessary and is a good cause” can advance these efforts. As they are able, Urban Roots is planning to expand their program throughout Grand Rapids.

If students are interested in getting involved at Urban Roots, they can become interns or volunteers in 2018. Furthermore, student groups can sign up for a group opportunity to volunteer through Urban Roots’ service learning program. Urban Roots will have one more open house and fresh farm dinner this year on Oct. 27 at 4:00 pm at their garden on Madison St., for anyone who wants to find out more about what they do and how you can start composting.