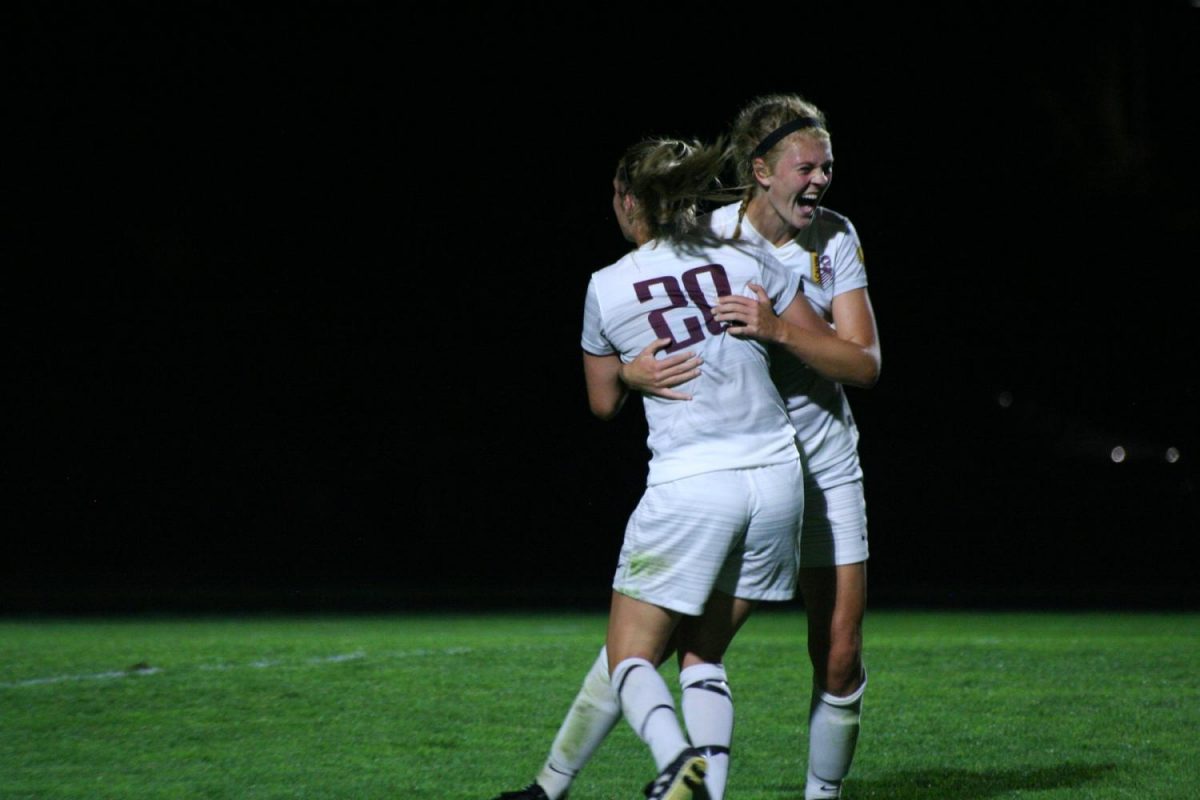 Last Saturday, Sept. 23, the Calvin women’s soccer team took on Albion in a MIAA conference game. The  Knights, coming off a loss against Wheaton College, were determined to win.

After an early goal by Albion, the Knights had to work hard to ensure a victory. Near the end of the first half, junior Bekah Maguire scored the first goal for the Knights with an assist from senior Sydney Barcey.

The Knights did not stop there. In the 47th minute, first-year student Margarete Brady headed a perfectly placed corner kick by junior Emily Van Vliet into the goal. First-year student Abby Koops scored the last goal of the game to solidify a 3-1 win for the Knights.

“I think we really worked hard together as a team, especially after coming off of a game like Wheaton,” stated first year student Abby Koops. “That was not how we like playing, so today we came out ready to battle.”

The Knights are a young team– 16 of the 26 rostered players are underclassmen. Head coach Mark Recker believes that the Knights are “still working out things.”

As a young team, Recker commented on the importance of “Balancing what I say is our foundational strength of our upper class with the new legs and the new abilities.”

Barcey stated that this game was an important turning point in their season. She stated that before the game she thought  the Knights would either “ excel or drop off.” Barcey continued that, fortunately, the Knights showed up and they are heading “upward.”

Koops echoed her teammate’s sentiments. “[This win] is a statement to what kind of team we are and that we are ready to fight,” stated Koops. “Albion is a really good team and they beat a lot of hard teams, and I think that us beating Albion is a statement to all the other teams in the conference that we are ready to fight and we will give it our all.”

“Overall, this was a great recovery from our loss on Wednesday,” stated Recker. “I think we started off slow, but I think as a group we then started to gel and became more aggressive.”