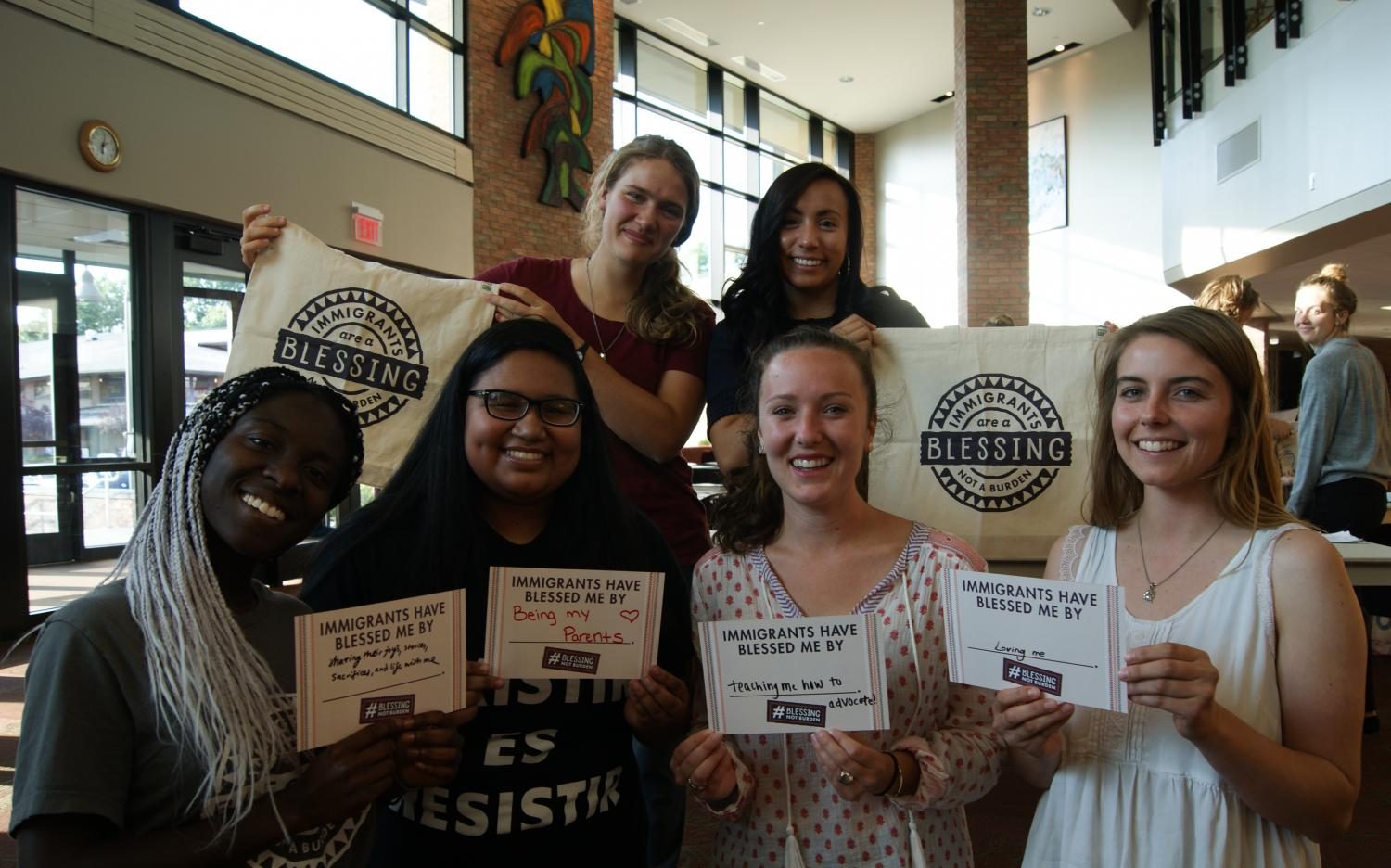 “This decision will have far-reaching consequences for these valuable, deeply loved individuals, and so we call on Republicans and Democrats alike to look past party lines and come together to create a legal solution that respects both the God-given dignity of every person and the rule of law,” said Shirley Hoogstra, president of the Council for Christian Colleges & Universities (CCCU), in a statement.

Calvin College is a longtime member of the council, and Hoogstra herself is a Calvin alumna and former Vice President for Student Life.

In an statement, Erik Hoekstra, president of Dordt College, said, “[R]egardless of the action or inaction of our government, we will continue to do all we can to welcome the stranger, to treat our neighbors—foreigner and otherwise—as fellow image bearers of God.” Like Calvin, Dordt College is a CRC-affiliated member of the CCCU.

The denomination’s Office of Social Justice (OSJ) released a statement last week, expressing a deep “lament [for] the uncertainty and injustice that so many of our young immigrants are experiencing in the wake of the decision to end the DACA program.”

Kelsey Herbert, Immigration Coordinator for the OSJ, explained the statement’s twofold purpose: first, to acknowledge the “pain and anxiety” of many church members; second, to reaffirm the denomination’s commitment to legislative advocacy.

“In 2012, the CRC didn’t necessarily applaud DACA coming into place, because we knew it was temporary. We knew it wasn’t the best thing. The best thing would be Congress passing legislation. [W]e have always advocated for long-term solutions,” she said.

This work, Herbert explained, serves as an extension of the OSJ’s 2010 mandate from Synod to “educate congregations on immigration ….and guide them towards advocacy for more just and humane policies for immigrants.”

As part of the “Immigrants Are a Blessing, Not a Burden” campaign, Herbert has frequently worked and worshipped alongside DACA recipients:

“The biggest thing I hear is, ‘DACA has changed my life.’ Over and over again. People… know the possibility of not having a replacement is very real … It’s definitely something that wears on people every day, because it’s their entire life.”

“Regardless of people’s position… on the executive order, DACA has given 800,000 people opportunities that they never had before,” Herbert said, acknowledging the controversy surrounding DACA’s 2012 creation. “These people are in our church, and they really have been blessed by some sort of action… The purpose is to ultimately to call on Congress to pass legislation. I could say that point over and over again.”

On Tuesday evening, “DACA: Lament Into Action,”  offered students a chance to do just that. A drop-in sponsored by Campus Ministries and the Christians for Justice Leadership Institute (CJLI), the event offered a variety of resources for immigration advocacy at the Covenant Fine Arts Center.

“We got this put together in a week,” said sophomore Ezmeralda Gonzalez, one of the CJLI’s student leaders. “I feel like a lot of people say, ‘Oh yeah, that’s wrong,’ but this [event] is a step to finding a way to do something about it.”

One table encouraged attendees to “Map Your Influence,” using a Google Form to chart spheres of influence — such as residence halls, workplaces, and clubs —  and to spark possible conversations. Another area provided contact information for Congressional representatives, even providing scripts for those who decided to call on the spot. Members of Movimiento Cosecha GR, an immigration advocacy group, staffed a table filled with brochures and T-shirts, and Herbert, as a representative of the Office of Social Justice, discussed and distributed resources about the “Immigrants are a Blessing, not a Burden” campaign.

“Living justly means ‘how do we respond to social currents and social events in a way that is Biblical and passionate and just?’” said Associate Chaplain Joella Ranaivoson, referencing Calvin College’s mission. “This event is a manifestation of students taking that seriously.”