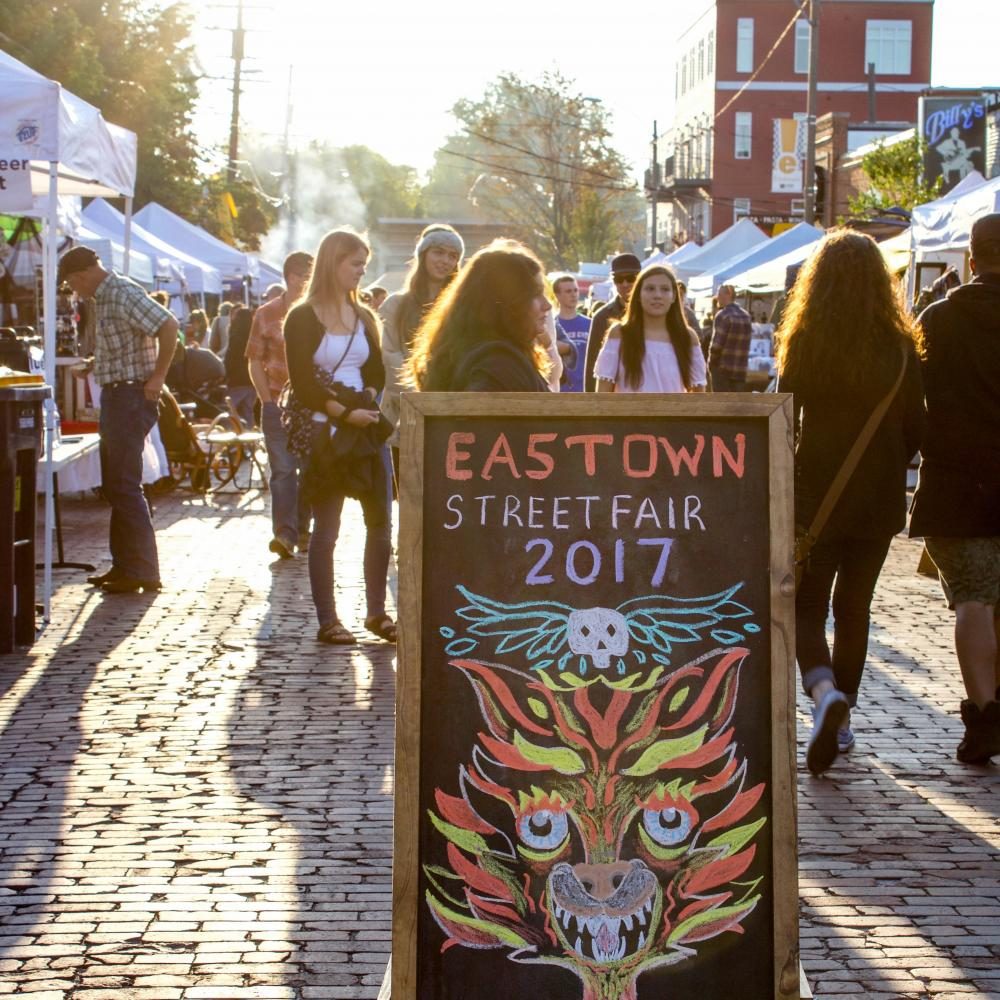 The smell of barbeque and allure of art drew a crowd of around 400 people on Wealthy Street at the Eastown Streetfair last Saturday.

The Eastown Streetfair took place on Sept. 9 and was held from 9 a.m. to 8 p.m. It featured a variety of artists, food vendors and musicians.

The Eastown Streetfair was held for the 44th straight year on Sept. 9. While it is not as well known as Art-Prize  — coming up later this month– it does confirm that Grand Rapids’ art scene has been growing for quite some time.

The Eastown Streetfair is a manifestation of the community commitment to local businesses. Driving from the Beltline into Downtown along Wealthy, Lake, Cherry and Fulton St., one is hard pressed to find many corporate chain businesses. Instead, most stores share a small business mentality. This mentality was apparent at the Eastown Streetfair, where only local artists, food vendors and musicians were allowed.

“It brings people together,” commented Catelyn Meijer, a fourth year artist of handmade jewelry,  “it feels like a community out here. All of us selling are obviously local and all of the profit goes right back into the community.”

While the art was a major part of the Eastown Streetfair experience, ceramic artist Richard Teft felt that all elements were balanced well:

“It’s been fun… [and] as a person who’s selling things, you’re looking to sell. But I would say a good average between art and [socializing]. It’s more of a community thing. More people are coming out to listen to music and walk around.”

Streetfair attendants were compromised mostly of young adults as well as young families. CR Warner, featuring her drawings as a second year artist, said, “Well it definitely brings the whole community out. Most events are centered around a certain group of people, but everyone likes art so everything comes out for this.”

Danny Feyer, a junior at Calvin College, was one of the several hundred spectators exploring the event. “I’m kind of bummed I didn’t know about it last year,” said Feyer.  With such a strong turnout for the Eastown Streetfair, Pat Jones, a sixth year clothing designer, credits the Eastown community for “supporting local businesses and helping promote artists.”

For those who missed the one-day-only Eastown Streetfair, a similar art-related community event is right around the corner. On Wednesday, Sept. 20, ArtPrize will begin all over Grand Rapids and will continue for three weeks.