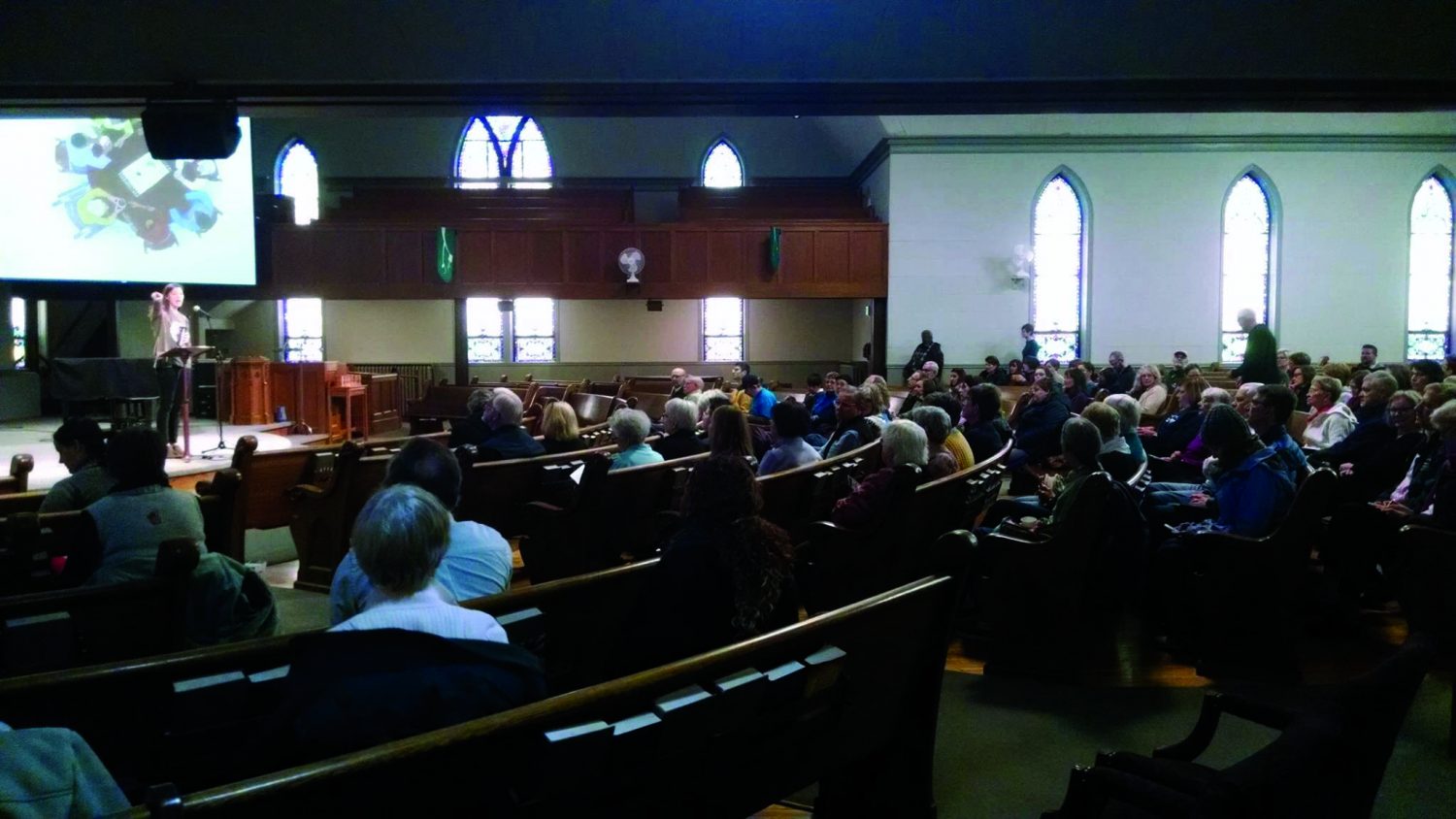 The fate of undocumented immigrants living in the United States is at question now more than ever as new national policies demand huge increases to deportation efforts.

Thus far, President Trump’s stance on immigration has been characterized by executive orders calling for restrictions on refugee resettlement and immigration as well as a drastic expansion of deportation efforts. Trump plans to triple the number of Immigration and Customs Enforcement (ICE) officers and to broaden the government’s priorities for immigrants who should be deported.

This past week, Trump told reporters that he is open to an immigration bill that would satisfy both ends of the political spectrum, although his speech on Tuesday evening failed to address this idea. Regardless of whether or not Trump plans to create a comprehensive immigration plan of this nature, the talk surrounding immigration policies has created a deepened sense of fear among local immigrants.

Last Saturday during a training session at Eastern Avenue CRC entitled “Becoming a Safe Community,” a local immigrant spoke about the fear she experiences on a daily basis.

She shared how the threat of deportation makes her wary to do even the simplest of things, such as driving or going to the grocery store, for fear of being deported. She explained that the children of immigrants are often the ones suffering the most, as many fear that they’ll return home from school to find their families have been separated.

“No one wants to be illegal,” she explained. “No one.” Her story represents that of many immigrants who were unable to legally come to the U.S. but felt it was their only option to support their family.

While the national focus regarding immigration has intensified, the focus for many local officials has not. Chief of Grand Rapids Police David Rahinsky spoke at the Hispanic Center of Western Michigan last month and told the crowd that the Grand Rapids police are “not concerned with your immigration status.” Despite the increased danger of being deported, Rahinsky implored immigrants to not be afraid to contact the police when they are in need.

Senator Gary Peters (D-Mich.) has similarly expressed his dissatisfaction with the new national policies: “We have limited resources to deal with this issue. We should focus on those individuals who are a threat to us or have demonstrated criminal activity. That’s where the focus needs to be.”

While local city officials are supportive of Grand Rapids’ immigrant communities, an increase in raids and deportations has already begun. In response, community groups across Michigan are taking action to help immigrants prepare for the possibility of deportation.

The Michigan Immigrant Rights Center (MIRC), a legal resource center for immigrants across the state, is partnering with the ACLU to connect pro bono lawyers with immigrants in need of legal representation. MIRC also works to inform immigrants of their rights and the need for families to create a plan in the case of deportation.

Here in Grand Rapids, local community members are seeking to create a hotline for immigrants. The hotline would connect immigrants to local resources and to a rapid response team, who would provide assistance should there be a raid by ICE officers.

The City of Grand Rapids is also considered one of Michigan’s 12 Welcoming Cities as part of the Welcoming Michigan campaign. The campaign seeks to partner local government officials and community leaders to advocate for immigrants and create welcoming communities for immigrants.

Given the increased action towards deportation taking place, community groups are seeking to provide immediate assistance to immigrants. For many, though, the larger goal is to fix the immigration system.

“We’re asking loudly for our system to change,” said Kate Kooyman, collaborative program developer at the CRC’s Office of Social Justice. Kooyman noted that the U.S. immigration system is not a system that functions well, especially for the poor, and the goal is ultimately to fix that system.