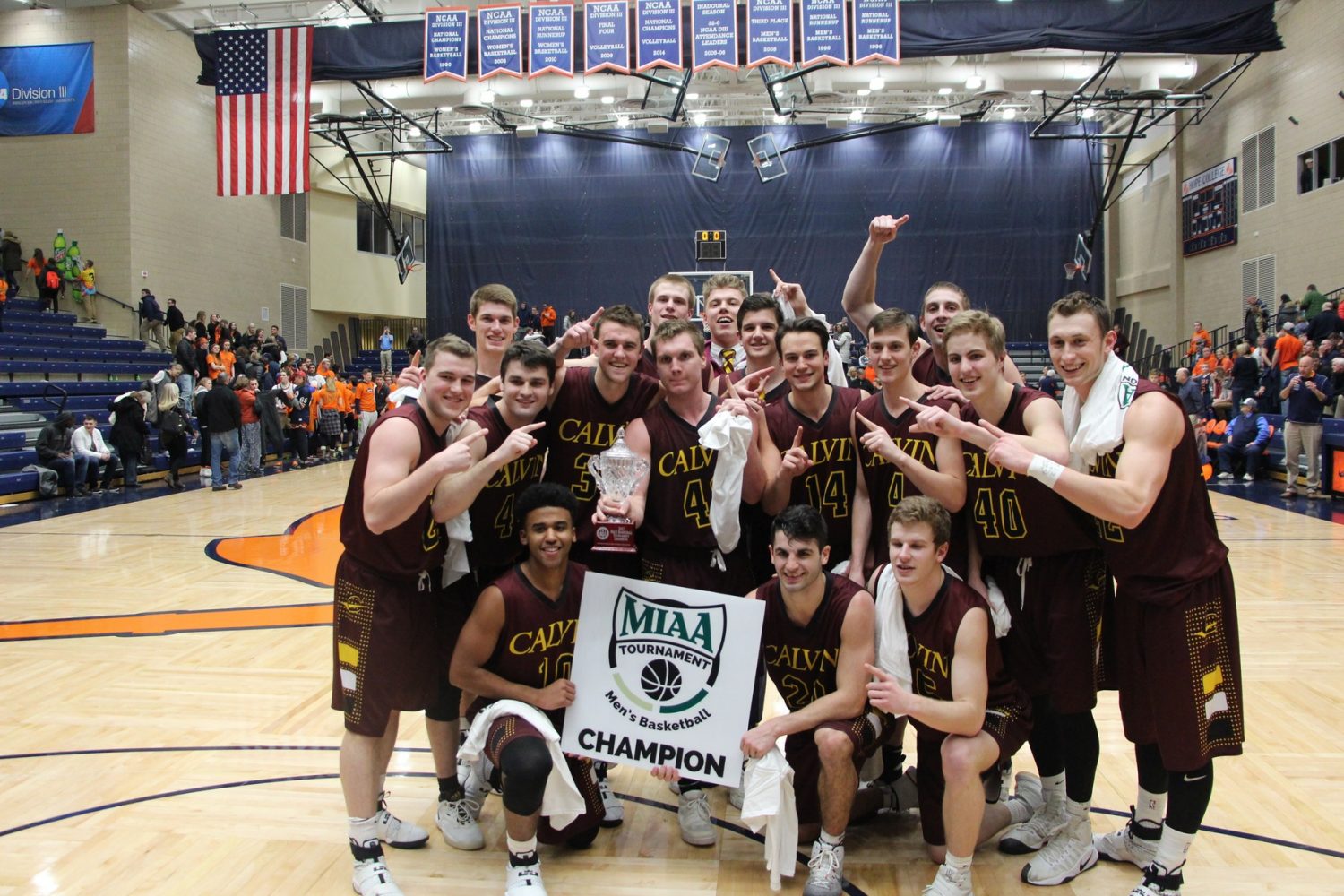 Facing a week of intense competition and unpredictability, the knights galloped through the paint and ran away with tickets to the NCAA Division III Tournament.

The women’s basketball team, despite falling to Trine University in the finals of the MIAA Tournament, were invited to the NCAA DIII Tournament. Sitting before them is thirteenth ranked University of Wisconsin-Oshkosh.

The men’s and women’s teams of Calvin face similar roads to the NCAA DIII Title game. The men’s team will have to pull an upset in order to make it out of the first round.

Marietta finished the season with a final record of 24-4, and they will be hosting the opening games of the tournament.
Calvin’s men’s team has never faced Marietta in the history of the two programs. Marietta is no stranger to first round exits though, after being upset by Gwynedd Mercy University in last year’s first round.

Calvin — who likely would not have made the tournament were it not for their MIAA Tournament win — will look to repeat Gwynedd Mercy’s unexpected victory.

For the players, their trip to the tournament means more than extra minutes on the court.

“If I had a dream about basketball when I was little, this would probably be it,” said senior Nick Kronemeyer after the team’s victory over Hope College in the MIAA Tournament. “I can’t describe what it’s like to be on a team like this, where everybody has fun, everybody just wants to play with each other. We’re just as happy that we get another week with each other as we are that we won the game tonight.”

The MIAA’s leading rebounder, Cam Denney, was named to the All-MIAA Second-Team. Kronemeyer, Denney, Michael Welch and Nate Drews are all seniors whose final games will be in the tournament. Welch was recently named the MIAA Player of the Week for his efforts during the MIAA Tournament.

The women’s basketball team had three All-MIAA honorees. Anna Timmer and Ali Spayde made the First Team, and Bre Luurtsema landed on the Second Team.

“I think the All-MIAA awards shed light on the incredible accomplishments and contributions of these three ladies,” said head coach Chuck Winkelman. “They are all very deserving of this honor and I am happy for all of them.”

This trio will carry their team into a first round match-up against UW-Oshkosh. Calvin’s impressive 22-5 record wasn’t enough to win the MIAA Tournament, but is still comparative to UW-Oshkosh’s record of 24-3.

The Knights’ last victory was also an impressive one over Hope in the MIAA Tournament Semifinals.

Though it is Winkelman’s first year coaching the team, it is the program’s 17th appearance in the tournament.

The women’s and men’s teams both play this Friday at 8 p.m.