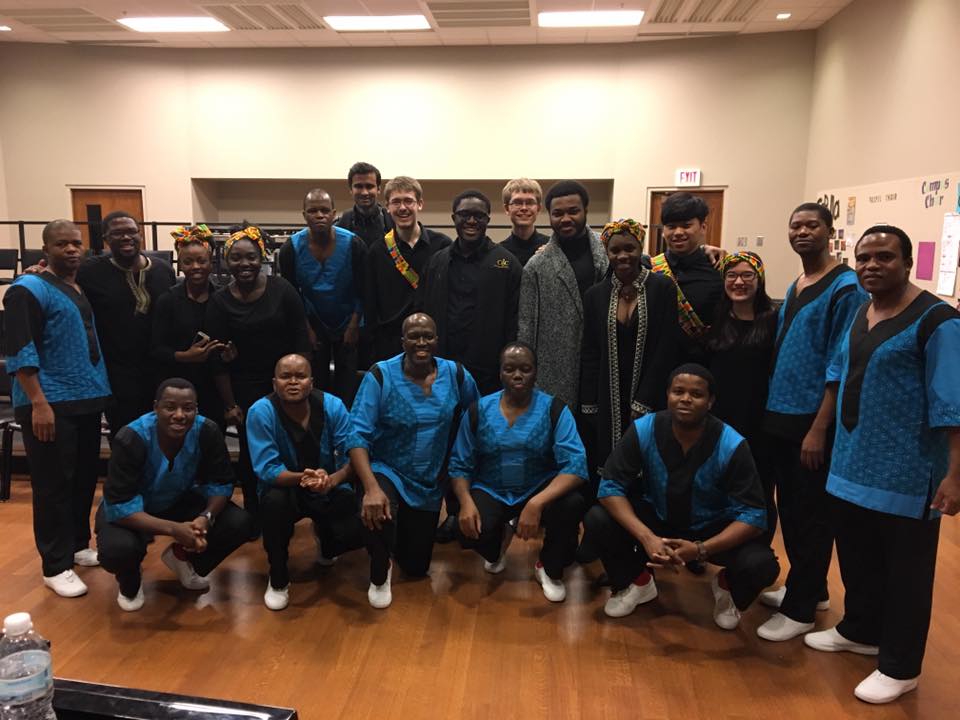 Last Saturday night the world-renown South African choral group Ladysmith Black Mambazo performed in the CFAC. The event was co-sponsored by the Alumni Office and the Student Activities Office. The Calvin Gospel Choir also performed at the event.

“It was amazing. They were really gifted vocally, but the best part of the concert was definitely the unanticipated dance moves,” said Renee Maring, a sophomore.

It was in this context that isicathamiya was born, as the displaced workers — mostly from the Zulu ethnic group — would stay up late on the weekends and sing in their barracks. A type of tip-toed (so as to not wake the guards) dance to accompany the music developed during this time as a well. Isicathamiya was spread as migrant workers returned home and was preserved throughout the 20th century in the form of competitions. Through the 20th century, isachatimiya became a way to preserve Zulu culture in the midst of the apartheid system in South Africa.

Ladysmith Black Mambazo have been together for over 50 years now, and though younger members that have joined in the group’s recent years now lead the songs, the remaining original members still bring a passion and luster to their performances. The concert continued the group’s tradition of showcasing their culture to the world through their art: a tradition welcome here at Calvin College.

“They were great at interacting with the audience, and they just seemed to have a lot of fun being together on stage performing,” Marring also said. “They made jokes, they danced together and they were just overall such a unique group to experience live in concert.”