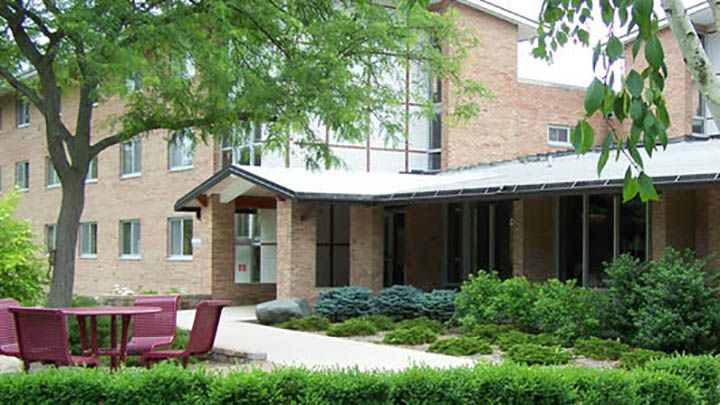 Calvin College Campus includes expansive dorms with various living-learning communities that offer many unique opportunities. Throughout their first two years at Calvin — or longer, if they become an RA — many Calvin students find a life to be very comfortable in all the dorms Calvin has to offer. Calvin has seven dorms in total: BV, BB, BHT, KHvR, NVW, RVD and SE. Some research into the backgrounds of these residence halls has yielded a brief history into each, as well as some interesting facts.

BV was one of the first two dorms built on the Knollcrest campus; at the time, Calvin also had a second campus on Franklin St.. The dorm was built in 1962.

Interestingly, first Beets was a women’s floor for a couple of years, and rumor has it that students created t-shirts, quickly banned by the college, saying “men on top, women on the bottom, that’s the way we like it.”

Also built in 1962, NVW is the second of the first two dorms built on campus. Students lived in this dorm before the paths on campus were even paved.

While today Rooks is the women’s hall and Van Dellen is the men’s hall, first Van Dellen, like first Beets, was temporarily a women’s floor in the school year of 1993–1994. Unfortunately for the girls, the dorm was again made a men’s floor the following year, kicking out all of the female residents.

Built at the same time as RVD in 1966, SE is the dorm every other dorm loves to hate. From 1996–2001, the dorm won every Chaos Day with the exception of 1998, further cementing its reputation as the “jock” dorm. The dorm also won Chaos Night this year.

Schultze is named after Calvin Seminary professor Henry Schultze, who was also president of Calvin College for a little more than a decade, his term stretching from 1940 through 1951. Eldersveld is named after Dr. Peter Eldersveld, a CRC radio pastor.

Built in 1968, BB was Calvin’s fifth dorm. Boer is named after the college’s first professor, Geert Boer. Bennink is named after B.J. Bennink, who worked at six different Christian schools throughout the Midwest. The dorm has a mascot of a boar’s head, and has a tradition of Wild Boar Day.

BHT first began in 1970, when the school built Bolt and Heyns. Later on, in 1981, Calvin added on Timmer. Timmer is now a non-traditional dorm; third Timmer is full of studio apartments for juniors and seniors. Meanwhile, on the first floor of Timmer, there is currently the Wellness floor, a living-learning community focused on healthy living. The dorm is also the only dorm to have rooms in the basement, or on the “ground” floor.

Bolt is named after Jacob and Christina Bolt, CRC missionaries. Heyns is named after Garrett Heyns, the first person to receive Calvin’s distinguished alumni award in 1966; he is known for his work on improving prisons. Timmer is named after Johannah Timmer, Calvin’s first female faculty member, who worked in the English department.

The newest dorm on campus, Kalsbeek-Huizenga was built in 1988. The school added on van Reken in 2008 as the school’s only co-ed dorm. Each floor in van Reken is a living-learning community.

Often referred to by residents as “KHvFar,” KHvR is the farthest away from academic buildings, although as the newest building it is also the nicest.

Many students go into college with the expectation of finding friends for life. Through the interconnectedness found throughout Calvin’s seven residence halls, many students find lasting friendships in their dorms, whether they are living in the oldest building on campus or the newest.