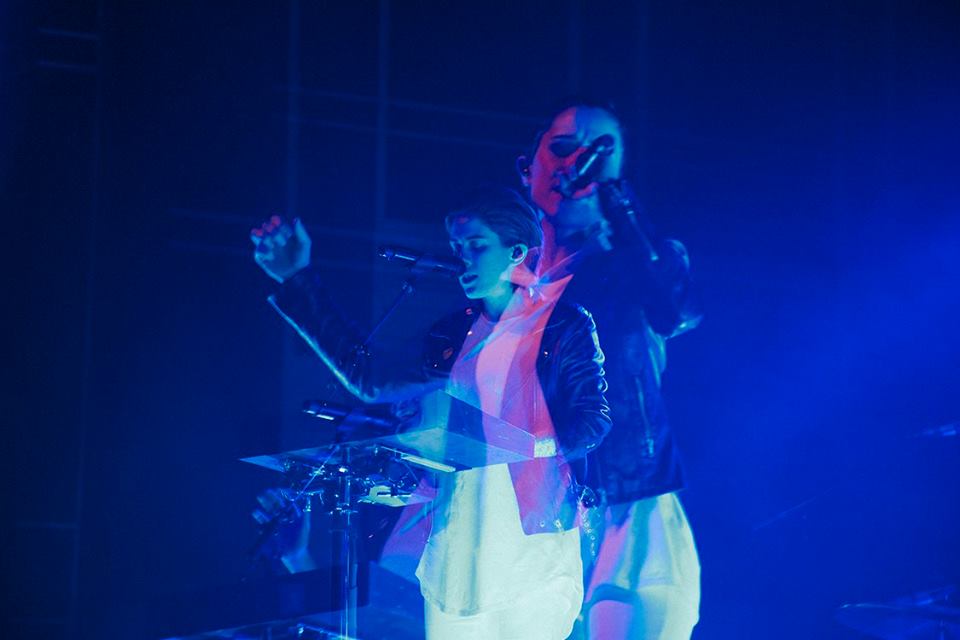 Canadian indie pop singing duo Tegan and Sara performed in the CFAC on Oct. 19 in the second stop of the second leg of their “Love You to Death” tour.

Nashville-based rock artist Torres began the night with a brief yet intense set. Front woman Mackenzie Scott had a commanding persona from stage, maintaining an almost trance-like focus as the band ripped through material off of its 2015 album “Sprinter.”

The intensity created by Torres was a bit incongruous for the overt pop set that Tegan and Sara performed, but as Le Tigre’s “I’m So Excited” blasted over the PA to welcome the twin sister duo to the stage, the mood shifted swiftly.

Tegan and Sara’s set leaned heavily on their previous two albums, 2013’s “Hearthrob” and this year’s “Love You To Death.” These two albums marked a new era in Tegan and Sara’s music, as they shed their indie-rock sound for a more pop-sheen. This change was apparent in their live setup, as the stage featured a heavy use of lighting and production typical of most pop shows.

Tegan and Sara talked between almost every song; this took the form of telling stories about the songs or even riffing off of the crowd. It was this casual and down-to-earth aura about the show that allowed the duo to perform some of their older material in a way that transitioned seamlessly from the rest of the show’s pop aesthetic.

The night was well received for the 700-person audience in the CFAC, evidenced by the uproarious applause between each song. The show did not sell out, but given Tegan and Sara’s prominence within the LGBT+ community, their performance reached an audience at Calvin that we don’t speak about too often at our shows. The heightened importance of the show could be felt in the audience’s reactions and made for a rich and rewarding night for all in attendance.