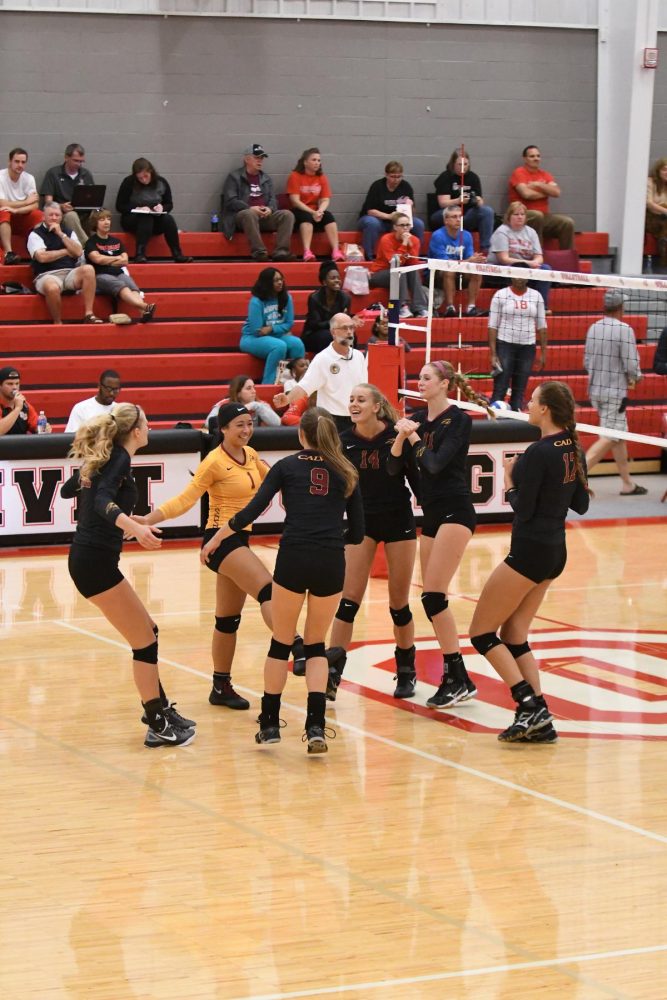 The women’s volleyball team has yet to lose a set this season, going strong with a 14-0 overall record. The Knights dominated the first two matches, recording six service aces in the first match alone, which ended quickly with a score of 25-12. The second match ended in a similar fashion, with the Knights never giving up the lead to the Comets. The score of the second match was 25-11.

In the third match, Olivet challenged Calvin’s control of the game. Both teams held the lead during the game for only a short while, continuously giving and taking a few points. The match ended with the score of 25-22, the closest of all three.

This game was the Knight’s 79th victory against the Comets, with an all-time record of 79-2 for Calvin. The women’s volleyball team will play again this Friday, Oct. 7.