On Calvin’s campus sharing is (car)ing 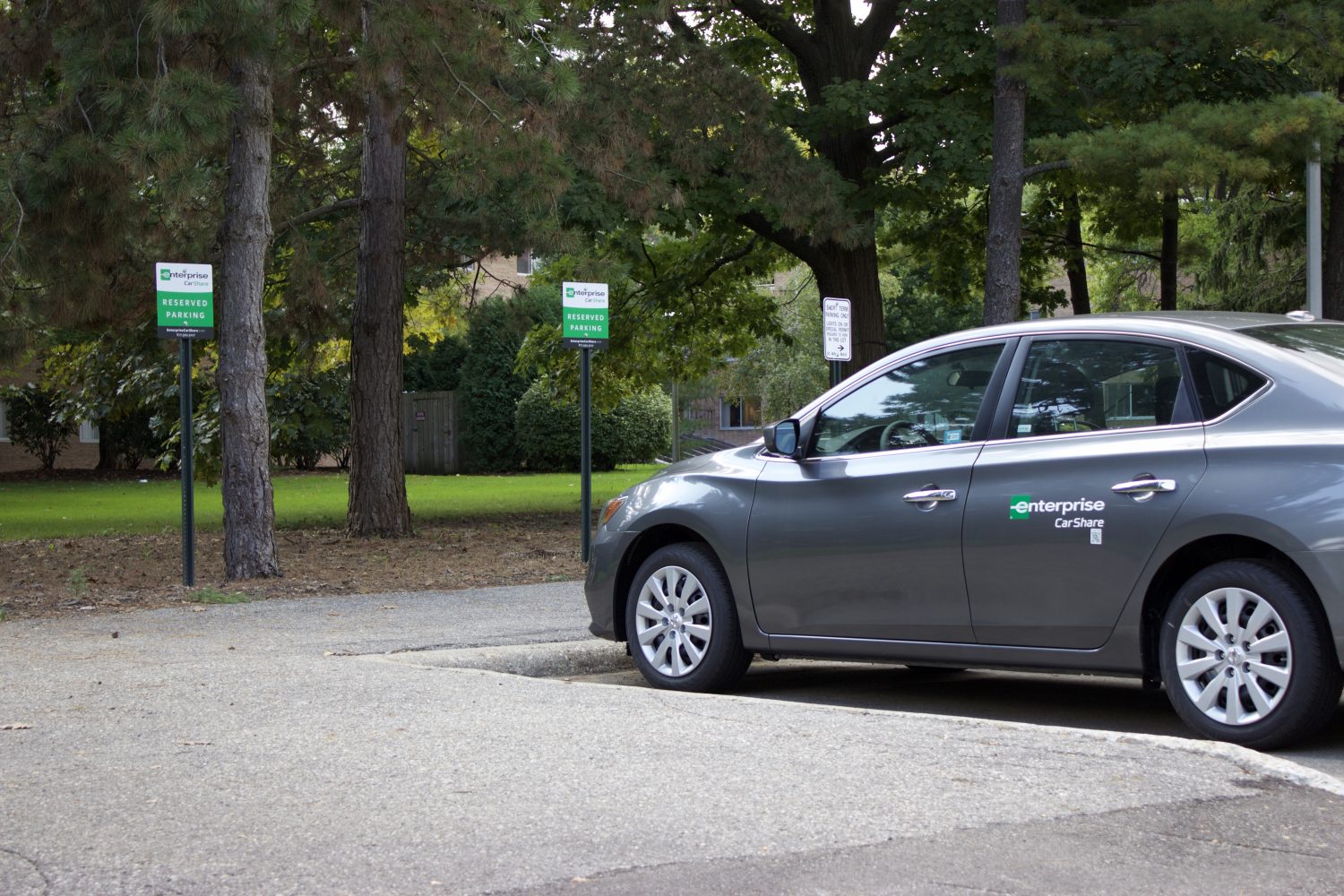 Perhaps in your travels around campus, you have noticed the two new Nissans sitting at the end of the Schultze-Eldersveld strip of short-term parking spots. Those vehicles are part of the new Car Share program, a new student senate partnership with the Enterprise rental company.

According to Nola Nielson, services manager at the physical plant, Enterprise first approached Calvin with this idea about five years ago. However, it was decided that the Car Share program would be most successful if it was initiated by student senate. The process that led the program to where it is today was started last year by former senate president Ethan DeVries and has come to fruition this year under the guidance of current senate president Bill Warners.

The program is meant to help those who don’t own their own cars but still need and want to get off campus for groceries, appointments, to catch a movie or to spend time with friends. The program provides convenient, sustainable flexibility to those at Calvin who, at various times and for various reasons, need to be mobile.

The program is not just geared for on-campus students, it’s for the whole Calvin community. Students without cars who live off campus, and even faculty and staff members for example, who may ride a bike or the Rapid to campus but need a car for a time, are also the target users of the Car Share program.

The program is intended to be a cost-effective option. Here’s how it works: from now until the end of December, Car Share membership costs just $1; after December, a yearly membership is $35. Also, from now until the end of December, the hourly rate to use the car is $5/hour; after December, the rate jumps up to $8/hour. There is a three-hour minimum for operation. When you register in the program, a membership card is mailed to you. This membership card is a proximity card and acts as a key to the car. When held above a sensor on the driver’s side of the car, the card will unlock the car. As soon as the car is unlocked, the transaction is open and it is not until the driver locks the car in the same fashion with the proximity card that the transaction is closed. In this way, the proximity card works like a meter. After the car is unlocked, the driver will find a key for the ignition and a gas card in the glovebox of the car. Gas is included in membership and is not extra. Enterprise only asks that users fill the gas tank when it drops below a quarter tank. The gas card included will work at any Enterprise-approved gas station.

Regarding the location of the cars, Jim Potter, assistant director of campus safety, stated, “We tried to pick a fairly convenient location for both students living in the dorms and those living in the KE apartments. We thought about separating the cars — putting one closer to main campus and one in the upper KE lot, but thought that putting them together in one central location would be less confusing. We also wanted to pick a location that was centralized so that people felt comfortable and safe going to and from the cars.”

So far, Calvin has two sedans, but there is a possibility for more cars if the program is successful.

“It takes about 40 memberships to justify 1 car, according to Enterprise,” Nielsen said.

Enterprise had booths at Passport II and Passport III this summer, as well as at Cokes and Clubs, to help students register for the program. So far, about 40 students have registered. More information can be found on the Calvin website under the tab Car Share Program.

To be clear, reservations may be shorter than three hours, but if they are longer and are canceled on short notice, a minimum of three hours must be paid for by the patron.