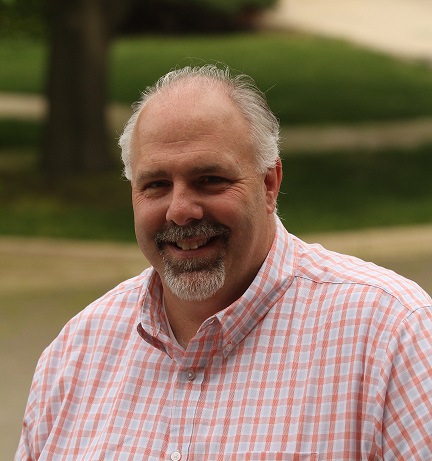 This week, Chimes sat down with David Malone, who, after 25 years with Wheaton’s Buswell Library, recently joined Calvin College Hekman Library as its new dean.

Chimes: How would you describe your role to the average student?

Malone: That’s an interesting question. Hopefully, I can be both a contact and a voice for students. We can think we know where students are coming from … but [we need to have] those conversations to know where they are, and also engaging them to bring them to where they need to be. I’ve also described my function as dean as a storyteller. There’s a story the library needs to tell. The librarians are also engaged as faculty members in the learning process. We’re not simply custodians for stuff. The library spends about equally the amount of money on stuff as we do people. Sometimes libraries are seen as stuff and not staff. [But] it’s quicker to engage a person, because there’s so much stuff.

Chimes: Students often turn to Google before they turn to the library. How can libraries stay relevant in this digital, technological age?

Malone: I think by helping students understand some of the core skills that libraries can help provide: indirectly, by modeling that a library is, in its physicality, an organized space … but also through direct instruction. It’s not how to find information; it’s ‘How do I sift through all the information that I have?’ [E]ngaging more in the classroom experience that students are having with other faculty is another way to build that relevance. I think another way is to recognize that the library is much more than just the stuff on the shelves, that, even before books were affordable in the mass market, libraries were places of ideas. I’m looking forward to building upon and [to] more future partnerships with other aspects of campus to have the library be that idea center as well as a place you get access to something.

Chimes: Are there any examples of those projects that are already in the works?

Malone:  The career center has had a presence in the library for many years. Sometimes the cross-departmental activities can bring competition, in a way. I’d rather build on that and say, “How can we help students who are looking toward a career understand what the library can bring to that process?” … The Institute for Christian Worship would be another partnership that we’re building even more upon.

Chimes: Both of those partnerships have a physical presence in the library. Are there other parts of the physical space that might be changing or developing more [in future years]?

Malone: Already, I’ve had contact with student senate. They’d like to see about maybe some acquisition of furniture for the second floor … I’m looking at the second floor and saying, this is Main Street; it’s the hub of activity. [We can] build on that so we have more group study spaces down there, more table access. You’ll have seen recently the addition of new power ports on the tables. Seeing the value of that space as a very active space and facilitate that even more by making the space be more open … so taking parts of the reference collection and moving it into others portions of the general collection, keeping some of the collection there, but maybe dropping the shelving height to waist-high so you can see end to end and corner to corner.

Chimes: Are any other projects that you’re looking forward to working with and getting your hands on?

Malone: I’ve been describing the library as the largest lab on campus.  It’s four floors’ worth of learning experiences. [We can] provide the resourcing that students need — whether that’s a quiet space, or a room with whiteboards and technology to practice presentations or to collaborate on a creative process.

Chimes:  So, really, making the library a space that works for all types of studying.

Malone: Yup, yup. Another thing I’d like to explore — and I’ve been talking about this with several folks on campus: Moving [into] an environment where nearly half of the students don’t live on campus, [I understand] that the library can facilitate making the library space better for these “commuters.” [They] have to haul their day’s worth of things — can we provide a more permanent locker for some of books that [they] aren’t using regularly, but don’t need to take home? Is there a lounge where a student could go put their lunch for the day? There may be plans in the college’s master plan to address this, but that’s probably 3–5 years out. So, how can the library, recognizing that it is a learning hub as well as the largest lab on campus, provide simple resources to draw people here?

Chimes: Is there anything else you’d like to say?

Malone: If students have some pain points related to the library, I’d love to hear them. I wouldn’t take it personally if someone said, “This really isn’t working.” Right now, there’s a campus discussion reinvigorated on Sunday hours for the library. [We’re] trying to understand the competing needs that exist within the environment we want to foster, but also what is going to serve our students well. I’m happy to talk with students; I’d love to facilitate focus groups through student senate or elsewhere.