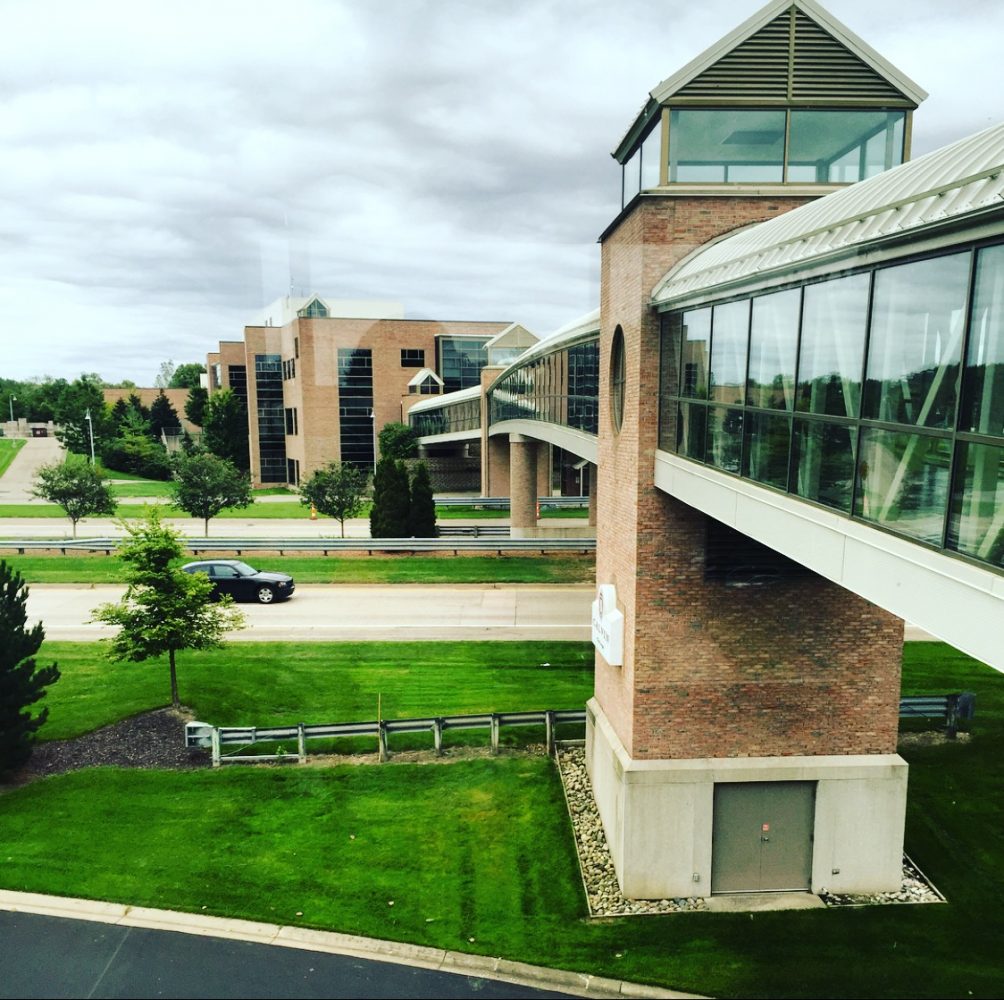 There are a lot of myths here at Calvin College that most students have heard of, as is common for any college. Does a student get free tuition if their roommate dies? Does each dorm have a “personality” because Residence Life puts similar people on each floor? This article examines these and other myths.

Myth: If two students get married while attending Calvin, they each pay only half tuition.

Some believe that if two students get married while attending Calvin, each one will only have to pay half tuition, making “ring-by-spring” much more appealing. While all students who get married in college will receive more government grants because they will be considered their own household, they do not receive any tuition cuts from Calvin.

“There are no tuition discounts for being married,” said Rana Huisman, bursar at Financial Services. However, “being married could affect how much need-based aid a student might receive,” she said, “based on their income as a married couple in comparison to financial aid awarded based off of the income of the students’ parents.” Overall, marrying will make college cheaper, but not because of tuition cuts.

Myth: If a student’s roommate dies, the living roommate gets free tuition.

One of the most widespread myths is that if a student’s roommate dies, they get free tuition. Some students have heard that this is only true if the roommate commits suicide and they find the body; others have heard it is true no matter the cause of death. However, according to Huisman , there is no merit to this myth, and she was very surprised to hear about it. “I have not seen that happen in my 11 years here,” she said. “I am not aware that that it is a documented policy of the College, to offer free tuition if someone’s roommate dies.” So have no fear, Calvin students; no need to worry about your roomate killing you for free tuition.

This myth is not specific to Calvin. According to Snopes.com, when the myth first began it claimed that a person would automatically receive a 4.0 for the semester if their roommate died. According to the website, the myth started around the 1970s,  “most likely start[ing] out as an expression of the pressures students feel to achieve good grades in the form of a morbid joke.” Two movies have been made about the myth, the website notes, both made in 1998: “Dead Man’s Curve” and “Dead Man on Campus.” The joke soon became a legend, “spread as true by credulous students, picking up variations along the way.” The variation that came to Calvin is free tuition for the death of a roommate.

Myth: If a student gets hit by a campus safety car or other Calvin vehicle, they get free tuition.

That is not to say that the college would do nothing if this happened or in the unfortunate event of a roommate’s death. “The Faculty, Staff and Administration of Calvin College cares deeply for its students,” said Huisman. She reminds students that “should a Calvin College student encounter tragedy or a mishap during their time at the College, once the College is aware of what happened it would evaluate the situation very carefully and decide whether it was appropriate to reach out to the student and their family.” Huisman says the college would also “carefully evaluate the appropriate way to support the student according to the challenge the student was facing.”

Myth: Each dorm has  a personality because admissions puts similar people together.

Many students think each dorm seems to have its own personality. It is is rumored that admissions tries to put people of similar personalities and interests on each floor and dorm. This is not true according to Jay Wise, assistant dean of Residence Life.

“We try to evenly distribute students from local schools to each of the halls,” he said, as well as keeping “a variety of students on each floor.” As many students are aware, housing does do this with roommate pairs; “we pair students as roommates based on their housing application attributes, such as study habits, cleanliness, introvert or extrovert, morning or night person, importance of faith,” said Wise.

They don’t look into suitemate matches as closely as they do for roommate pairs, but Wise said they  “do aim for suitemates to not come from the same areas if possible so they have a diverse experience.” The personality of each dorm is organic, and Wise says it “changes from year to year based on the students who live there.” The students that live in the dorms each year shape the feel and community of the dorms. Wise says “it is not the brick and mortar that makes BHT BHT, it is the students and their personalities that gives that community life.”

Many students joke about it, though it appears no one legitimately hates SE. As Sophomore Paul Bootsma put it, “SE is the Slytherin of Calvin. Nobody really likes them, but in the end, they’re still Calvin, so they’re better than Hope.” As Wise noted, students of similar backgrounds are not put into the same  dorms, so not all athletes are put into SE. But why the negative stigma? Wise guesses it’s because “SE has been very successful at winning Chaos Day in the past. That itself will produce rivalries.”

Courtney Zonnefeld, sophomore and SE resident, thinks it’s become “a ‘tradition’ carried down from sophomores to freshmen each year — like hating the Yankees in baseball or the Packers in football.” She said, “SE has a stereotype of having only ‘jocks’ living in the dorm.” Zonnefeld agrees with Wise that it also has something to do with Chaos Day. “There’s a perception that we always win,” she said. However, Zonnefeld points out this is not actually true; “we hadn’t won for three years before this past year’s win,” she said.

The hatred of SE has been a long standing “tradition.” First-year student Anna Leo said that when her dad went to Calvin people legitimately hated SE. “My dad hated SE when he was here,” Leo said. During his time at Calvin, “he spraypainted the observatory tower, and sprayed ‘Schultze sucks’ on there. He was not a great student but, you know…” she laughed. From this, she guesses, “there’s a lasting stigma against SE.”

An important lesson to learn here, despite all the myths and rumors circulated around campus, is that you can’t believe everything you hear.