Men’s and Women’s Track and Field 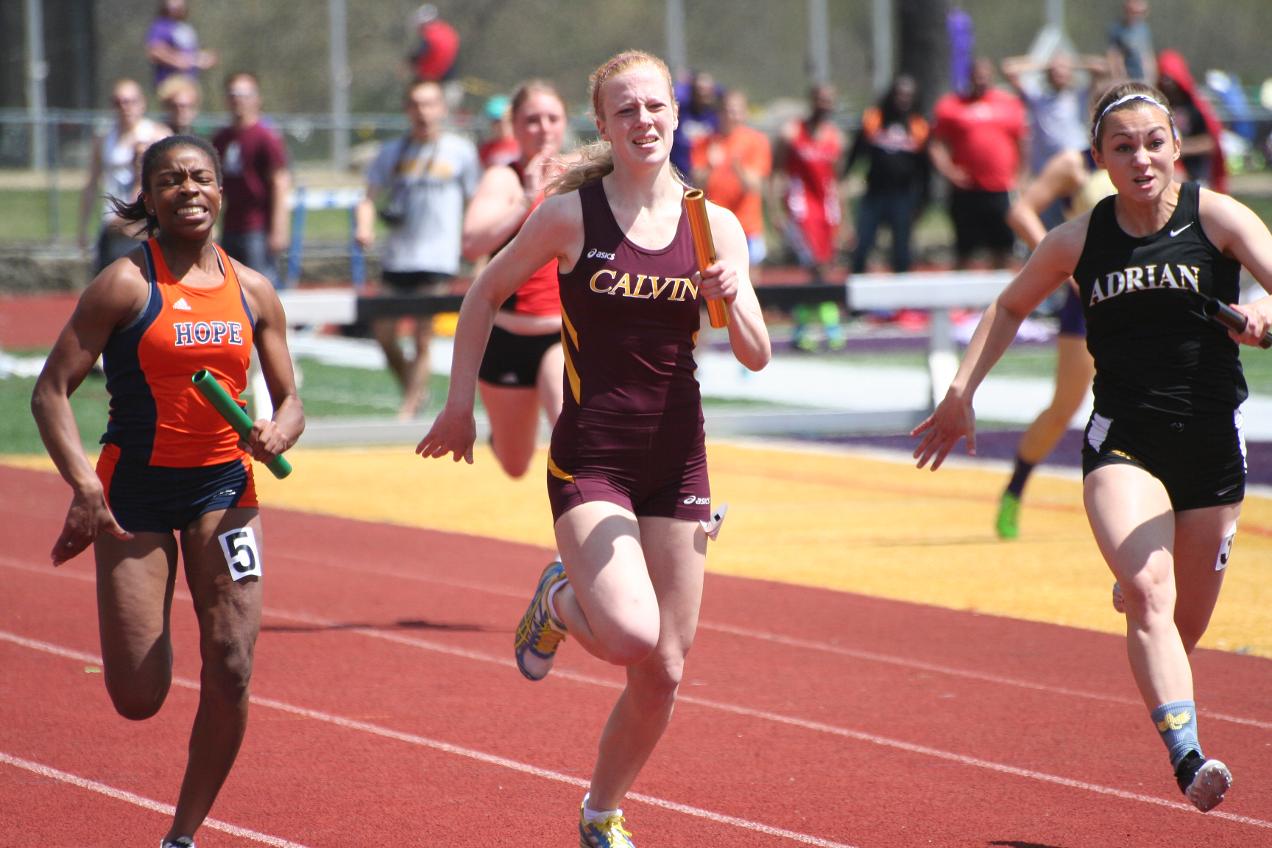 Senior Robert Hohlman won the 10,000 meter race with a final time of 33:15.13. Hohlman’s time paces out to be about five minutes and 20 seconds per mile. Sophomore Nathan Brookhouse came in fifth for Calvin with a time of 33:57.96.

Along with men’s track, the women’s team competed exceptionally well in distance events on Saturday.

In the women’s 10,000 meter race, the Knights took the top three spots led by junior Lauren Strohbehn who finished first with a time of 37:08.94. In second was sophomore Kate McLain with a time of 38:44.95, and in third first-year student Maria Kuiper finished with a time of 39:05.15.

In the 1,500 meter run, first-year student Katie Diekema placed second with a career-best time of 4:45.94 and senior McKenzie Diemer took sixth with a time of 4:55.13.

Sophomore Jenna Dyksen performed very well individually for the Knights on Saturday. Dyksen finished third in the 100 meter hurdles and second in the 400 meter hurdles. Dyksen was also a part of the 4×100 meter relay that finished third with a time 49.94, which also included sophomore Anita VanderMeulen, first-year student Selvi Bunce and senior Maria Steblay.

Sophomore Caroline Boss, Bunce, VanderMeulen and senior Kally Verkaik took second in the 4×400 meter relay with a time of 4:07.67.

This week, both teams will compete on Friday, April 22, and Saturday, April 23, in the Al Owens Classic at Grand Valley State University.