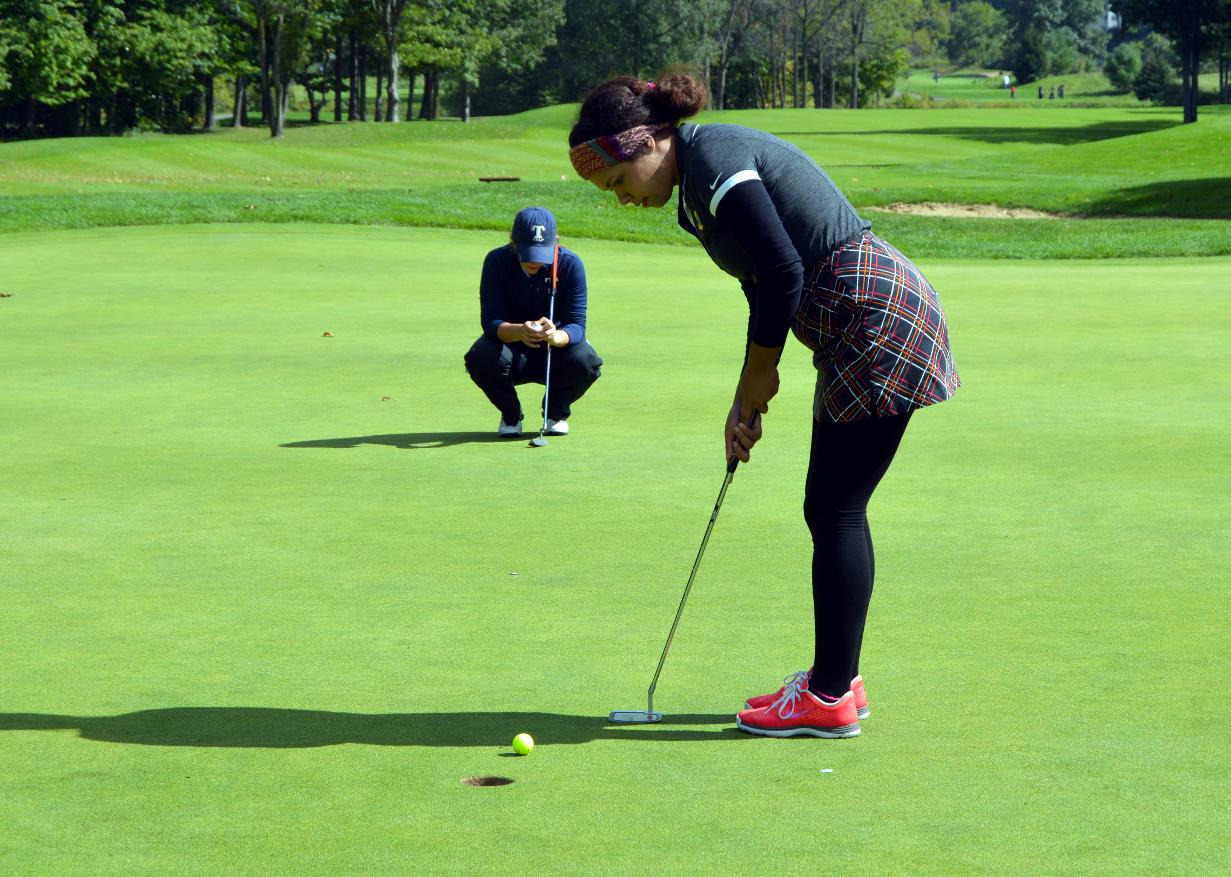 So far this spring season the Calvin women’s golf team has competed in three away tournaments. The team has finished sixth, eighth, and most recently, fourth.

“Finishing my senior season, the title helps me remember my potential in playing and know that I can shoot low and have good days,” says Poole. Though Poole has received great honors, she claims that it does not affect her future meets.“Golf is a sport where one day you can do really well and the next, if you are not mentally strong, it can turn out poorly. However, the title helps me realize that if I stay mentally strong, I can do well despite the day.”

Last Friday, April 8, the Knights traveled to Angola Indiana for Trine University’s Spring Classic. Out of the 13 teams who participated in the classic, Calvin tied for seventh place with 362 strokes, while Hope College took first place. As a team the Dutchmen totaled 322 shots.

Individually, Poole finished tied for eighth place with a round of 84. She was only five shots away from the first place score. Senior Casey Harkema was next for Calvin finishing with a round of 90 while senior Sarah Arendsen shot a 93. First-year student Grace Bolt acquired 95 shots and sophomore Emilee McCusker had 97.

This past Tuesday, April 12 the Knights competed in Saugatuck in the Hope-Wheaton-North Central invitational. Calvin finished in fourth place with a total of 380 strokes. Arendsen took 11th place individually, leading her team while collecting 92 strokes. Harkema placed 13th individually and second for Calvin acquiring 93 strokes.

“Yesterday, I thought our team competed pretty well against some strong regional competition,” said head coach Jerry Bergsma. For this particular meet, the format was match play; Michigan vs. Illinois, or Hope and Calvin vs. North Central and Wheaton.

“The match play format is unique and something our players don’t have a lot of experience with up to this point,” Bergsma continued. “We will practice the strategy of match play decision making this week leading up to Saturday and see if we can pull off an upset Saturday against a very good Hope team.”

The Knights come back Saturday, April 16 to compete in the DAP Cup Match Play. Play begins at 2:00 PM.