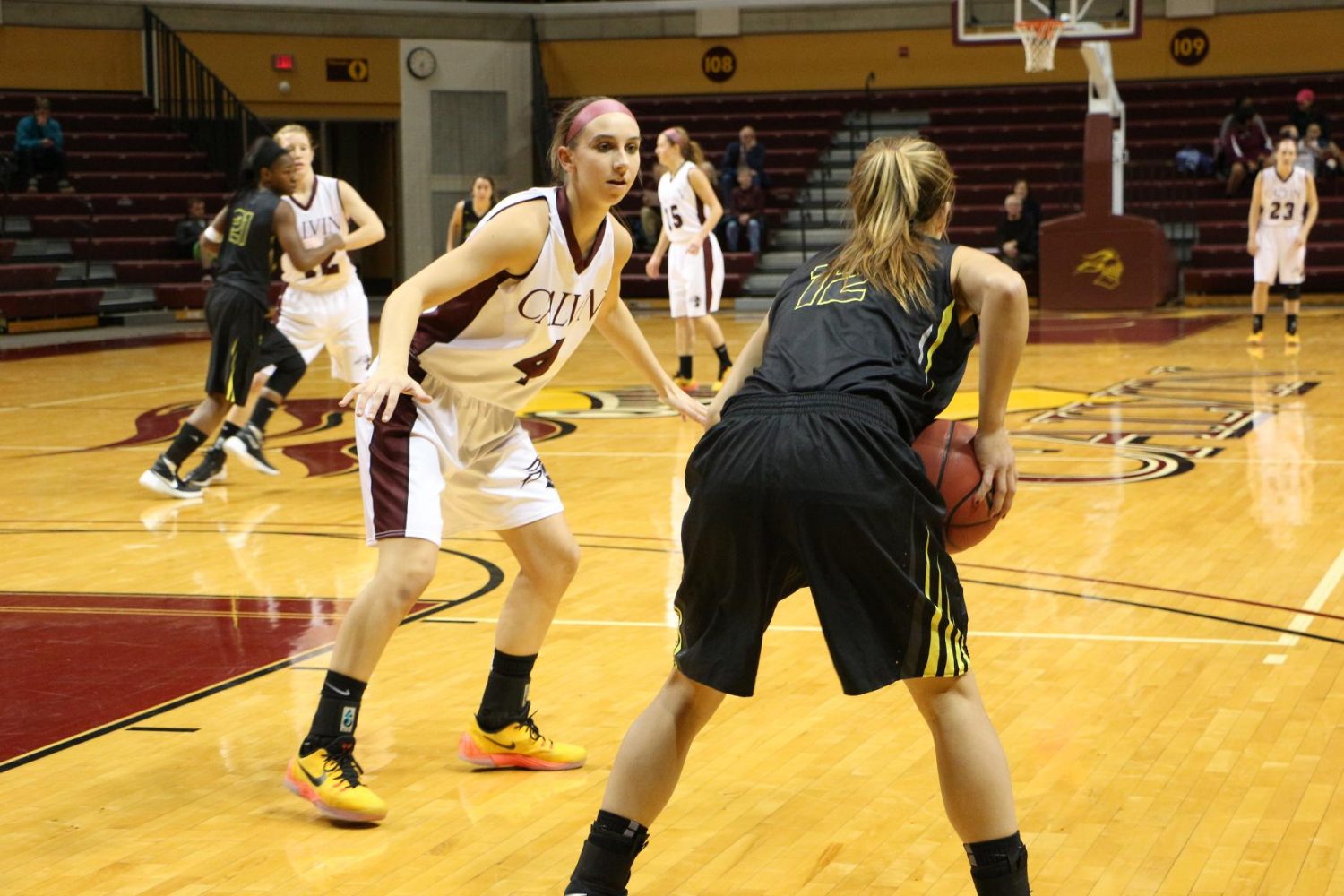 The Calvin women’s basketball is currently ranked 24th, and they defeated Adrian College 89-67 last Saturday and Alma College 91-53 last Wednesday. The Knights are 19-5 on the season, while being 13-2 in the MIAA conference.

The Knights were 10 for 21 on three-point shots during the first half of the game, which was reflected in the 53-35 score at halftime. Senior Kally Verkaik led the team in three-pointers; she was 5-for-10 on the day, and her teammate and fellow senior Tiffany Karger was 4-for-9. Calvin had a 45-31 rebounding advantage and overall was 48.6 percent on shots.

Junior Anna Timmer and sophomore Bre Luurtsema also contributed well to the cause. Luurtsema obtained 16 points and 10 rebounds while Timmer recorded 15 points and eight rebounds. All in all, the Knights acquired 39 of their 89 points from 13 three-pointers.

Calvin most recently defeated Alma by 38 points in a lopsided victory. After three quarters the Knights were ahead 76-36, which allowed the original game starters to rest and shine some light on their reserves. Mackenzie Shelton, Becca Richards, Tiffany Karger and Lauren Goldthorpe all played 10 or more minutes.

The team has only one more regular season game, and it is versus MIAA opponent Hope College. The Knights will take on the Flying Dutchmen in Van Noord Arena on Saturday. Feb. 20, at 12:30 p.m.