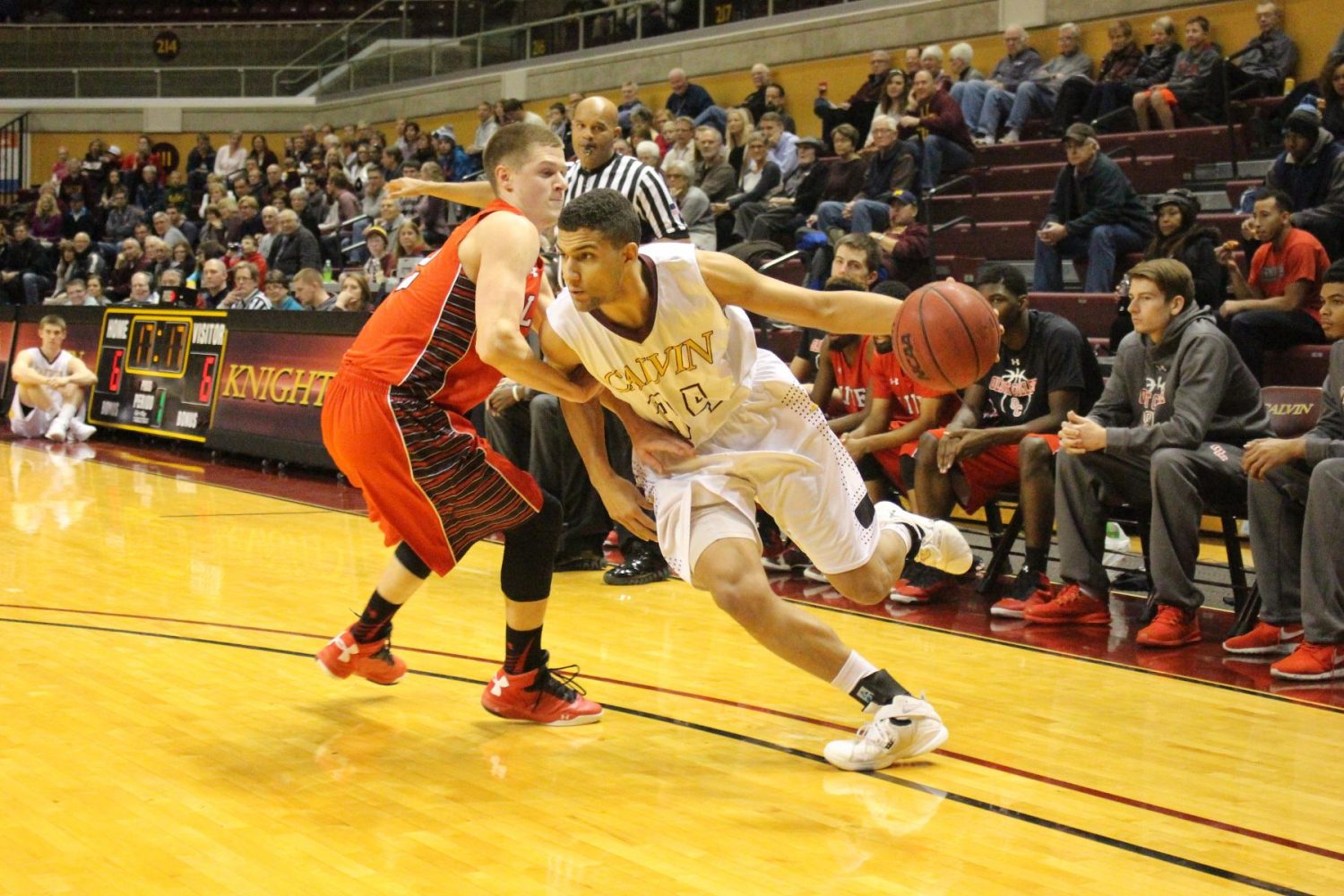 The Knights were on a four game losing streak before playing Olivet College in Van Noord Arena on Saturday, Feb. 6. They had just lost a heartbreaker to Albion College after a buzzer beating shot that put Albion ahead for the win 67-66. The Knights rebounded, however, and defeated Olivet 80-55 while simultaneously ending their losing streak.

Calvin is now 4-6 in the MIAA Conference, while Hope College and Alma College are tied at the top of conference at 9-1. The Knights have only four more regular season games, two of which they will compete against both Alma and Hope.

It was during the game against Olivet that senior Jordan Daley scored his 1,001st career point for Calvin. He is the 25th player in Calvin men’s basketball history to join the 1000-point club.

During the first half of the game against the Comets of Olivet, each team scored right after the other. Toward the end, however, the Knights pulled ahead from Olivet. With under three minutes to play in the first half, Calvin led 34-24 after a three-point shot from first-year student Preston Huckaby.

About five minutes into the second half, the Knights extended their lead after three-point shots from Daley and junior Cameron Denney. Continuing this pattern, Calvin went on to an eight-point scoring streak until stopped by Olivet’s Eric Ewing.

Overall, Calvin outperformed Olivet in categories like field goal percentage (43.5), rebounds (51) and assists (19). Daley ended with 16 points and seven rebounds, and sophomore Michael Wilks had 12 points. Huckaby also helped the cause by putting up 10 points.

At halftime there was a gathering of past Bere and Tiemersma award winners, given to the best male and female senior athletes. Attendees who were also men’s basketball standouts included members from the 1992 National Championship team Steve Honderd and Chris Knoester, as well as 2000 National Champion Aaron Winkle. There were over 40 former winners in attendance, the most recent being 2015 Bere Award winner Bre Verkaik, who was dominant on the basketball court and participated in track and field.

After the game, head coach Kevin Vande Streek talked to Calvin Sports Information about the game:

“The guys knew that our backs were against the wall here,” said Vande Streek. “Olivet has a lot of talent and I thought we just stayed with them, grinded it out and got some really quality play from some guys who don’t have the biggest names yet, which is really great to see.”

This week the Knights will travel to Alma and Kalamazoo. The next home game for the men’s basketball team will be against Adrian College on Wednesday, Feb. 17.