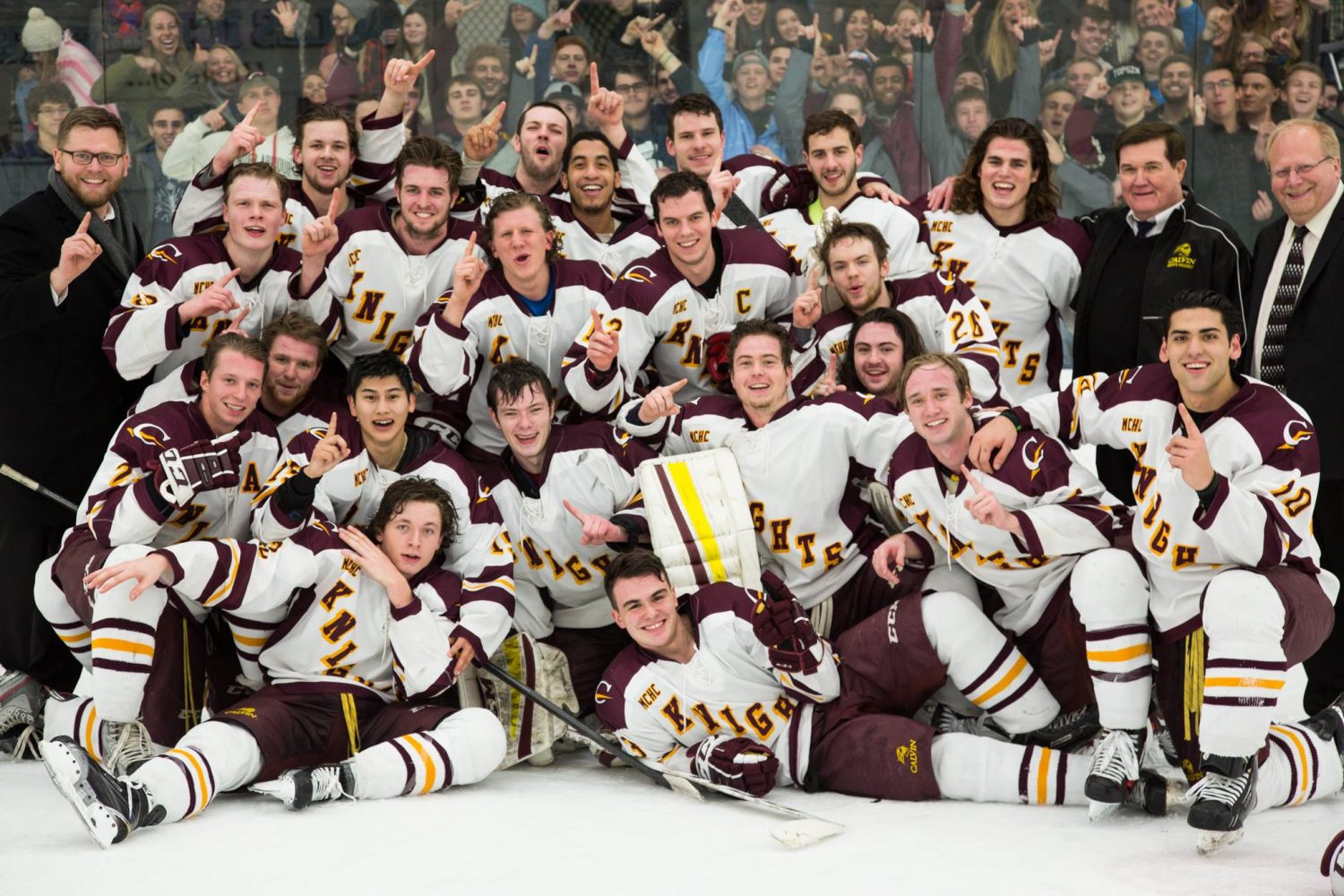 The Calvin men’s hockey team has had one of their best seasons in history. They took home the Metropolitan Collegiate Hockey Conference (MCHC) title on Friday with a 4-1 victory against Aquinas College. With the Saints being a repeatedly difficult contender, the Knights appreciated skating off with a “W” and league title this weekend.

“This is our first league title in 10 years,” said head coach Mark Petrusma, who has been at the helm of the Calvin hockey team for almost two decades.

Captain John Conz and assistant captain Charles Kingston were honored at the game on Friday as the team’s only seniors.

“They have been instrumental in our growth the last four years,” said Petrusma. “I’m happy they have had such great careers and that we have had such a great season. They’re a very special group.”

Conz and Kingston have been great leaders for the team this year. Having quite a few younger players, the two have worked hard to keep the team focused. They are happy about the successful season they have had so far, but they know that there is still a lot of season left and a lot of hard work is still ahead of them.

“Thank you,” said Conz and Kingston to their fellow teammates. “It’s been a great four years.”

Along with the great leadership and support from Conz and Kingston, fan attendance at the games has been a huge morale-booster for the team.

“We’ve had really good support this year,” said Petrusma. “We are excited that the fans are excited.”

Early in the season Calvin hockey had their first and only league loss, and they have come a long way since then. Although Calvin lost 4-2 in their second game against Aquinas the next night, the Knights have not lost team morale. The team has been granted a first round bye for the MCHC League Tournament and has been ranked No. 2 in the north region, giving them an automatic qualification for Nationals.

The National tournament will be held in Grand Rapids this year, which offers plenty of opportunities for fans to cheer on the Knights. Calvin will host the lowest remaining seed at Eagles Ice Center this Saturday at 2:30 p.m.