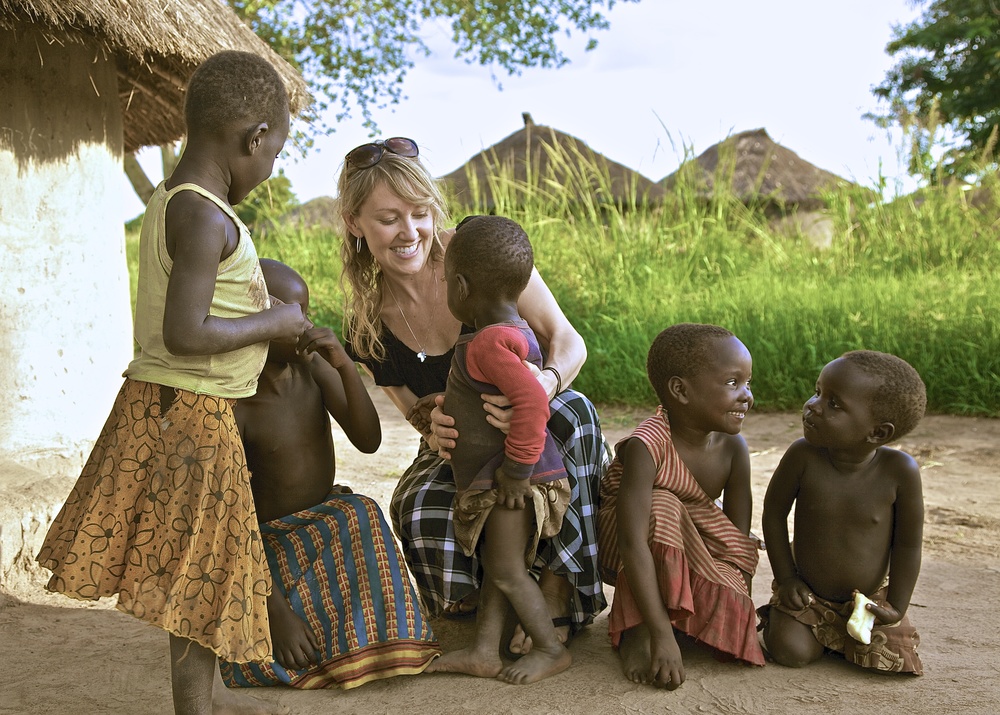 This year, Calvin brought speaker Dr. Bethany Haley Williams to the 2016 January Series to talk about her experience founding a program aimed at therapeutically rehabilitating child survivors of war in Africa.

Her speech, titled after her book “The Color of Grace,” explained how her own difficult past experiences led her on a mission trip to Congo in 2008 where she was moved by the dire state of many children after being exposed to the horrors of war. Following her trip, she felt urged to help change the situation.

“Sometimes something touches your heart so deeply that doing nothing isn’t an option anymore,” Williams said during her talk.

But the real benefactor in Williams’ situation was not so much the children in Uganda and the Congo, but Williams herself.

“We have learned a lot about true life and freedom from those we have served, we have learned a lot more than we have given,” she said. “Through living this adventure we have tasted the marrow of life. We have sat at the feet of these children as they have taught us about gratitude, survival and redemption.”

Williams explained that 100,000 children in Uganda and Congo have been abducted into slavery to be used as soldiers or sex slaves. After being rescued, many do not receive rehabilitation, forcing them to be victims of their trauma. The evils of the wars leave many children orphaned, shunned or with Post-Traumatic Stress Syndrome, inhibiting them from living normal lives.

Using her master’s degree in social work and her PhD in counseling psychology, Williams was able to get her organization, Exile International, underway. After seven years of running the organization, over 3,000 children have been able to go through treatment run by nationals. The treatment consists of a specialized program, art therapy, drama and peace group meetings, giving children the skills they need to begin healing from their trauma by teaching them breathing, meditation and prayer techniques.

“When you hear them pray, it’s like an aroma to the Lord,” said Williams. “Because they truly understand that God not only saved them spiritually, but also physically — that they are alive because of God. You see that reflected in their prayers.”

Williams’ stories of witnessing healing prompted the audience  to think about their life in terms of God’s grace, a power that she said opened the door to a new and happier marriage, a successful organization and a fresh perspective on life.

“Through my journey of personal brokenness and redemption, the Lord has really allowed me to see through spiritual eyes, and I realized that when I began to live for something bigger than myself, I actually found myself,” Williams said on her website. “I stopped asking God what he could do for me, but instead asked what he could do with me.”

Exile International is continuing to expand and treat more war-affected children and now offers a sponsorship option for those who desire to join Williams in her efforts. For more information on how to get involved, visit exileinternational.org. Williams hopes that others can see the impact this organization has made on her life and how easily people can change other’s lives.