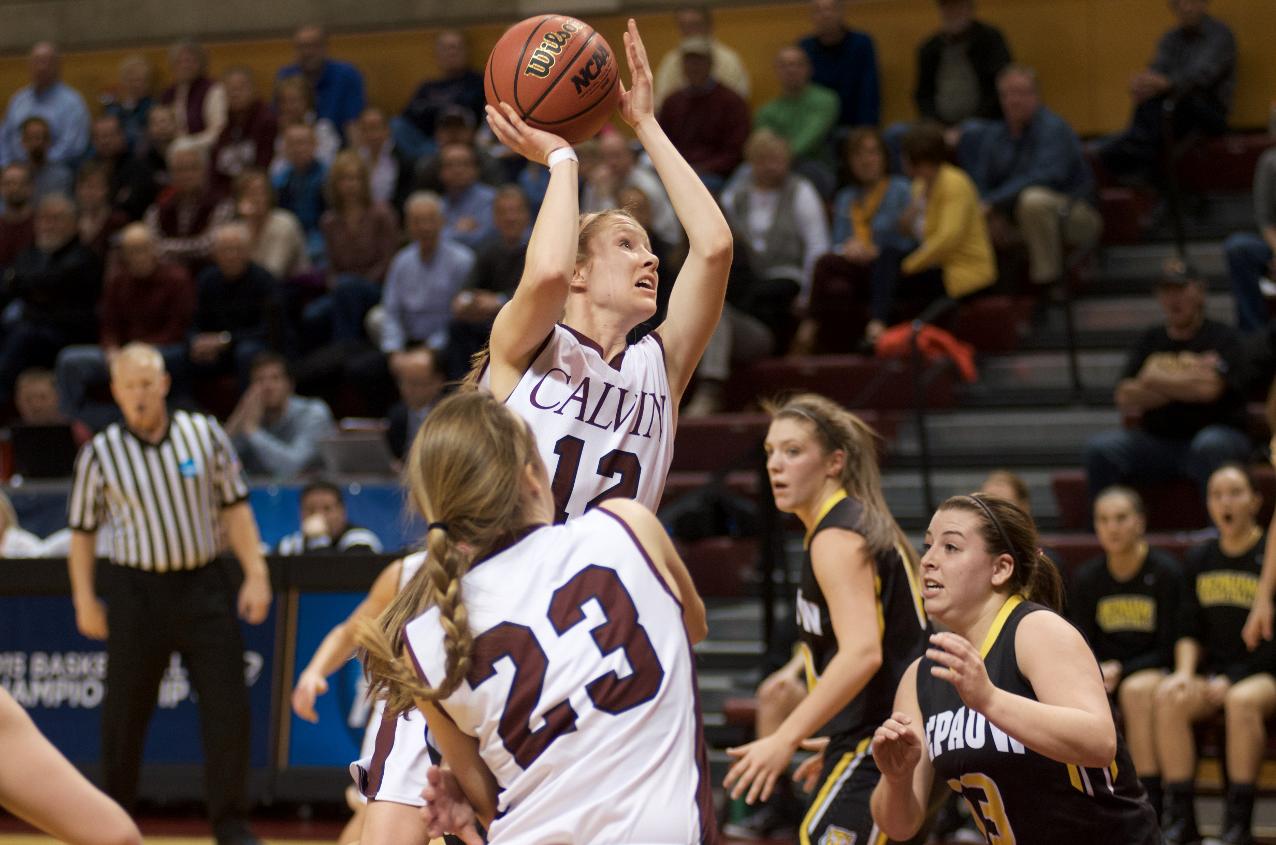 The women’s basketball team began their 2015-2016 season playing the North Central College Cardinals on Friday, Nov. 13, beating them 106-80. The next day Calvin traveled to play at the Illinois Institute of Technology where they would claim another victory, winning 87-19.

Both the Cardinals and the Knights advanced to the 2015 NCAA III Tournament last season, setting the stage for a very competitive season opener for each team. Sophomore Ali Spayde scored 26 points, a career-high, along with eight assists, three steals and three rebounds. Junior Anna Timmer also had a career-high of 25 points in one game, as well as a career-high of 16 rebounds.

“We really wanted to play a fast game both defensively and offensively and utilize our team speed and athleticism,” head coach John Ross said about the North Central game. “The style of play by North Central accounted for the high scoring performance.”

The next day the Knights traveled to play Illinois Institute of Technology, eventually improving to 2-0 on the season. As a team, Calvin shot 44.7 percent from the field.

First-year student Becca Richards, sophomore Anita VanderMeulen, senior Jeana Sybesma and Timmer all aided their team to victory by each scoring 10 or more points throughout the game.

Going into the rest of the season, the team hopes to get better every day in practice and in games. Another goal is to grow closer together as a family and to grow closer to Christ, said Ross.

The team has been working on half-court offense and defense in practices leading into the tournament, according to Ross:

“We need to become a smarter team by committing fewer fouls and we must get better on dominating the boards.”

Timmer was named the MIAA women’s basketball player of the week. The Caledonia, Michigan native averaged 17.5 points and 12 rebounds between the two games this past weekend. It is the first Player of the Week award being given this season, and the first time Timmer has won the award.

This Friday, Nov. 20, the Knights will travel to Milwaukee to play in a tournament hosted by Wisconsin-Lutheran College. Their first game will be against Martin Luther College at 6 p.m.