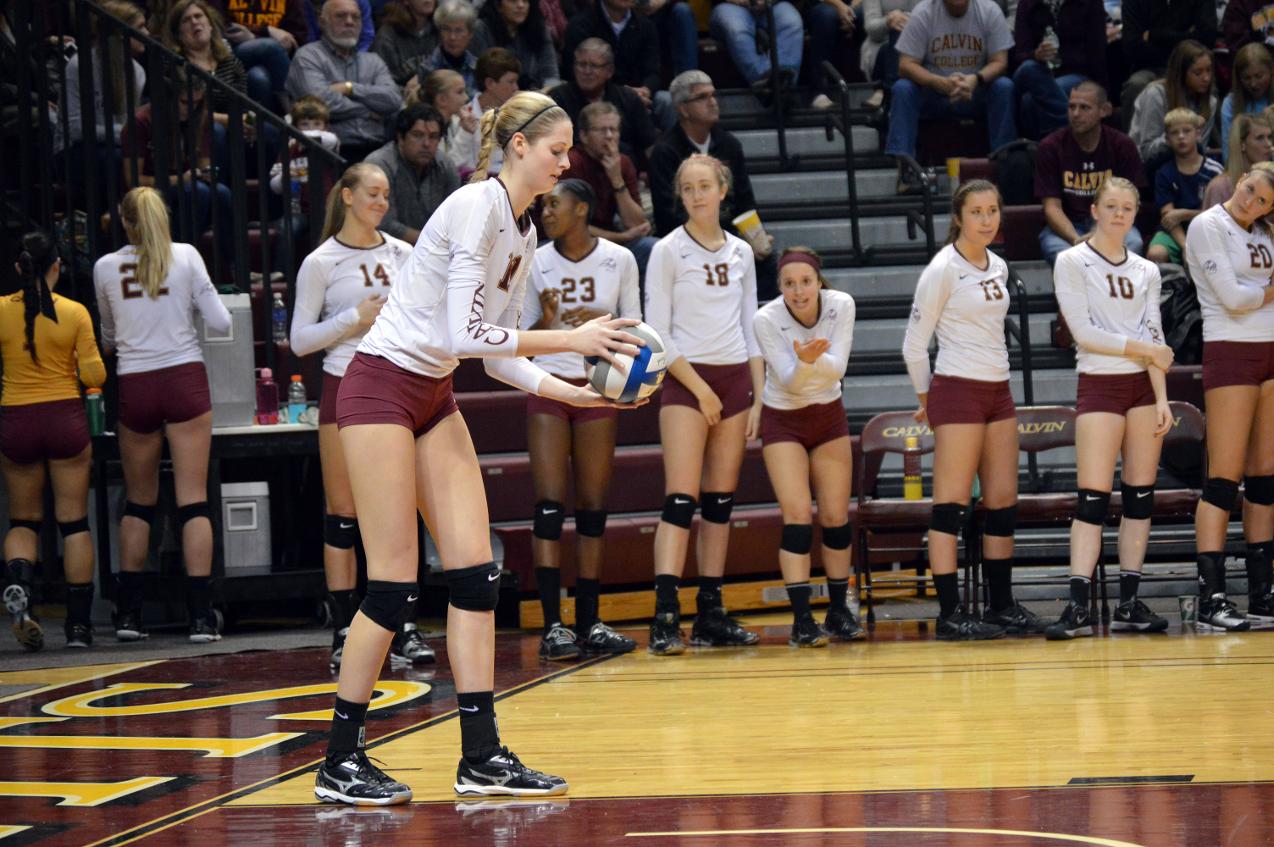 The Calvin women’s volleyball team won the MIAA Tournament for the fifth consecutive year last Saturday, Nov. 7, giving them an automatic bid into the NCAA III tournament. Calvin was given the honor of hosting the NCAA Division III tournament this year in the Van Noord Arena.

In Calvin’s history, the women’s volleyball team has won the MIAA Tournament 12 times. Head coach, Dr. Amber Warners, is credited with 10 of those 12 titles. Coach Warners believes the program is most successful when it brings in talented athletes who focus on things that no one else can see, “the process and the journey of buying into the team first, being selfless and developing friendships,” she said.

“All of us want to be around each other and have a lot of fun, regardless of the outcomes of the matches,” Warners said. “It’s pretty rare in today’s society to have really good talented athletes come into the program and say, ‘it’s not going to be about me.’”

To win the bid into the NCAA III tournament the Knights had to defeat No. 10, Hope College. Calvin was behind Hope in the first set but ended up defeating the Flying Dutch 25-17.

In the second set Hope held the lead for the majority of the game until the Knights tied the set once at 14 and then again at 23. Junior Laura Danhoff would end the set for Calvin after an ace off the end line, making the score 25-23.

The last set of the match was a nail-biter. Each team would take the lead and then lose it to the other, until Calvin went on a 6-0 run and eventually won the set. First-year student Anna Kamp took the match point off a kill from sophomore setter Jenna Lodewyk, defeating Hope and winning the MIAA tournament.

Going into the NCAA III tournament Warners knows the team needs to come ready to play every single match.

“We’ve got some really tough teams that are coming in and I know we’re capable of playing very well but we need to focus on taking the game point by point and not focusing on the outcome of the matches.”

Other schools in the tournament include Cornell College (Iowa), Elmhurst College and Illinois Wesleyan University. The Knights are 43-24 all-time in NCAA III Tournament play and 30-9 under Warners.