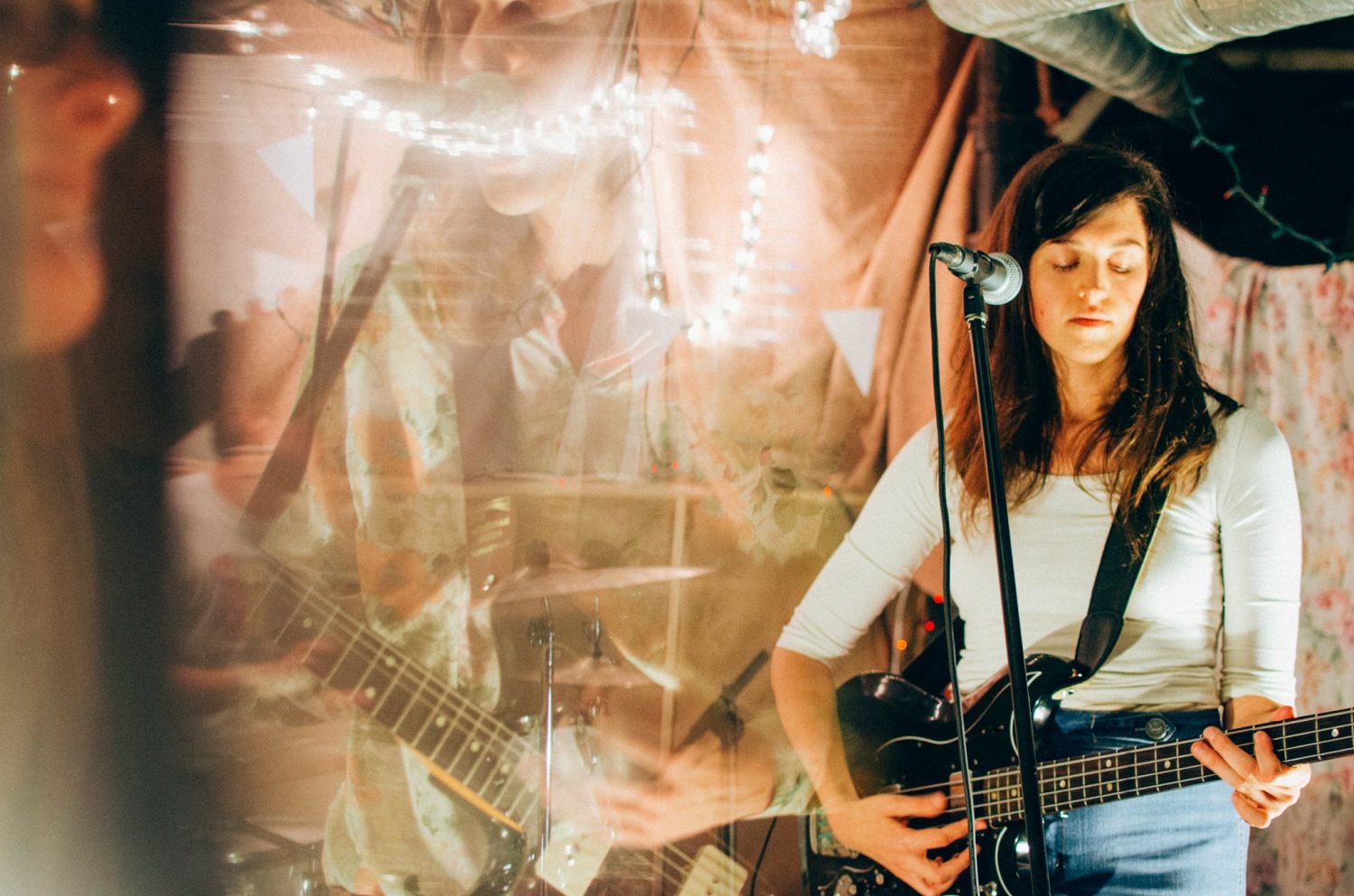 Lamp Light Music Festival began in 2012 as a celebration of local music, community and art, as well as an experiment in social practice. The festival’s stated mission is to “provide a culturally rich, positive, inspiring experience that deepens the public’s understanding of music, culture and art within the incredible and historic architecture of Eastown.”

The festival kicked off on Friday in three homes dubbed “Bird House,” “Brick House” and “Witch House,” all centered in a few-block radius between Bates, Fuller, Dunham and Benjamin streets in Eastown.

Friday night highlights included sets from local artists Major Murphy and JADE TV in the basement performance space in the Witch House. Major Murphy got the crowd going with their dreamy, warm sound. Jacob Bullard of Major Murphy said of the festival, “Lamp Light is the culmination of what the Grand Rapids music scene has been building all year. I’m very grateful to those who’ve opened up their homes.”

Just down the street on Benjamin, harpist Timbre and artist Anna Ash provided the crowds with cozy intimate sets at the Bird House. Timbre, a performer best known for enchanting audiences with her harp, has performed at Calvin through the Cave Cafe on several occasions.

Some of the standouts from Saturday included three electronic artists: E. Andrei, Heavy Color and Darkly. Darkly, an electronic project from musician Joshua Quinn Weible, entertained the audience in the Witch House using live video mixing displayed on six television sets synched up to the music. The eerily stimulating beats were well-received by the solid crowd. Some audience members even huddled on the basement staircase to watch the show due to the lack of space.

“My main influence is manga,” says Weible, who describes his electronic project as “experimental pop music for dogs and humans.”  Darkly certainly planted himself among the stacked Saturday lineup along with other Michigan mainstays: E. Andrei of the Filmloom project and electric folk musician Chris Bathgate of the band SKULLLS.

“Lamp Light is always a spiritual experience for me,” said Andrei from the stage while impressing a large crowd in the Brick House. The sense of community and togetherness at Lamp Light certainly provides some with moments of transcendence.

Late Saturday was met with the power pop band “The Icicles” ending the night at the Bird House with a blend of strong melodies and prominent guitar riffs. Grand Valley students started the band in 2000 and over 15 years later the group still delivered the sugary indie pop they have presented over the years.

The lineup Sunday was rounded out with indie folk from musician Mark Lavengood and band Strawberry Heritage, the project of Lamp Light Festival founder John Hanson. “I’m loving the festival,” said Lavengood, “ The community-supported angle is heavy and the crowds are fantastic.”

One festival-goer summed the experience up well, “Lamp Light is really this beautiful and brilliant thing. The neighbors are embracing it. The artists, sponsors and volunteers are embracing it. To have this many bands playing in a format outside of the existing structure is incredible. There’s nothing in Grand Rapids like Lamp Light.  Scratch that, there’s nothing in the world like Lamp Light. It’s amazing that this exists.”

To find out more about Lamp Light Music Festival and the artists who performed in 2015 visit the “Lamp Light” Facebook page or their website, www.lamplightmusicfestival.com.