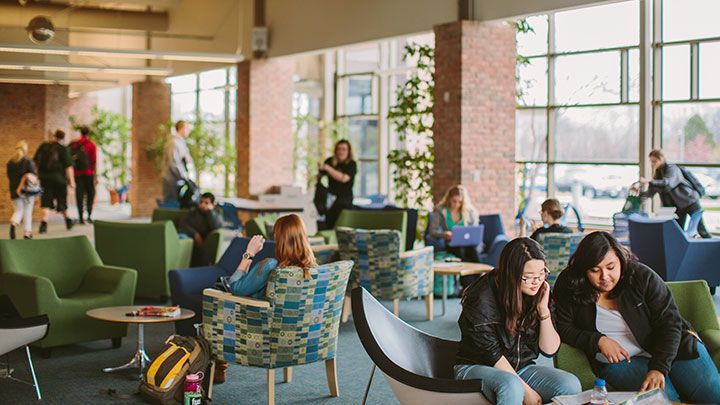 EDITOR’S NOTE: Professor You Kyong Ahn, who teaches architecture, will also be leaving. As this position is not full-time, it was not included in the original numbers released from administration.

In a final step toward aligning the college’s faculty resources with student demand, the positions of five full-time faculty members will be eliminated at the end of this academic year.

The affected faculty members are Mary Buteyn in German, Lisa Van Arragon in art and art history, Jeffrey Winkle in classics and David Leugs and Stephanie Sandberg in communication arts and sciences.

According to Calvin’s faculty handbook, tenured faculty may be released from their positions in cases of “financial exigencies, or elimination of programs.” The current faculty reductions are the result of the prioritization cuts announced earlier this year in the art and art history, classics and German departments as well as the theater program.

The faculty handbook specifies that reduction decisions are to be made on a “last-appointed-to-tenure” basis, with the professors most recently granted tenure up for elimination first. The handbook also provides an appeal process through the president’s office and the board of trustees.

The professional status committee (PSC) was tasked in September with developing criteria that would be used to make a decision in case two or more professors received tenure the same year. PSC defined these criteria in a report before the preliminary prioritization recommendations came out on Sept. 25.

When asked if those criteria had to be used during this process, Provost Cheryl Brandsen said, “There were hard decisions to make.”

Sandberg is using her last year at Calvin to try to help turn circumstances around for the theater program. She is submitting an appeal to the decision to cut the theater major, proposing instead a “media theater” major that would combine the courses of the theater minor with media courses and electives.

“For my students I wanted to be able to say, ‘I took it all the way to the final appeal process and let’s see what happens,’” she said.

Sandberg said she wished the possibility to restructure and save programs — like the German department has done already — had been more clearly communicated by administration.

“I’m not bitter, but there’s a certain kind of reserved sadness that I walk around with. It’s a hard place to be,” she said.

Although Brandsen acknowledged that communication always looks different depending on one’s role in the process, she believes administration has done its best to work with departments to seek options and solutions since the first prioritization document was released in 2014. “I do think the communication was clear,” she said.

Both Brandsen and Sandberg recognized that changes are needed at Calvin to adapt to the changing climate of higher education — specifically a trend away from arts programs and toward professional programs. This has been a driving factor throughout the prioritization process.

This alignment with the market is also an important element of Sandberg’s appeal and her suggestion to adapt the theater major:

“[The theater program is] financially solvent; we pay everything back everything we spend. But I think we could actually be profitable. … It’s a lot more work — it’s harder work that I’m talking about, but, on the other hand, I think that’s the way education is moving in the future.”

Buteyn, who shares concerns about the future of the affected departments, questioned the wisdom of continuing the core revision process after multiple arts and humanities departments have been “decimated.”

“That seems like the cart before the horse,” she said.

Buteyn also emphasized the amount of quality teaching that Calvin is losing.

“When you look at the unique gifts and years of experience of the faculty members who took the buyout[s] in May and those who will leave next summer, that is a staggering loss for Calvin,” she said.

But the stories of these faculty members and their work are not over, Buteyn said.

“These people will continue to influence lives for the better, but not at Calvin.”