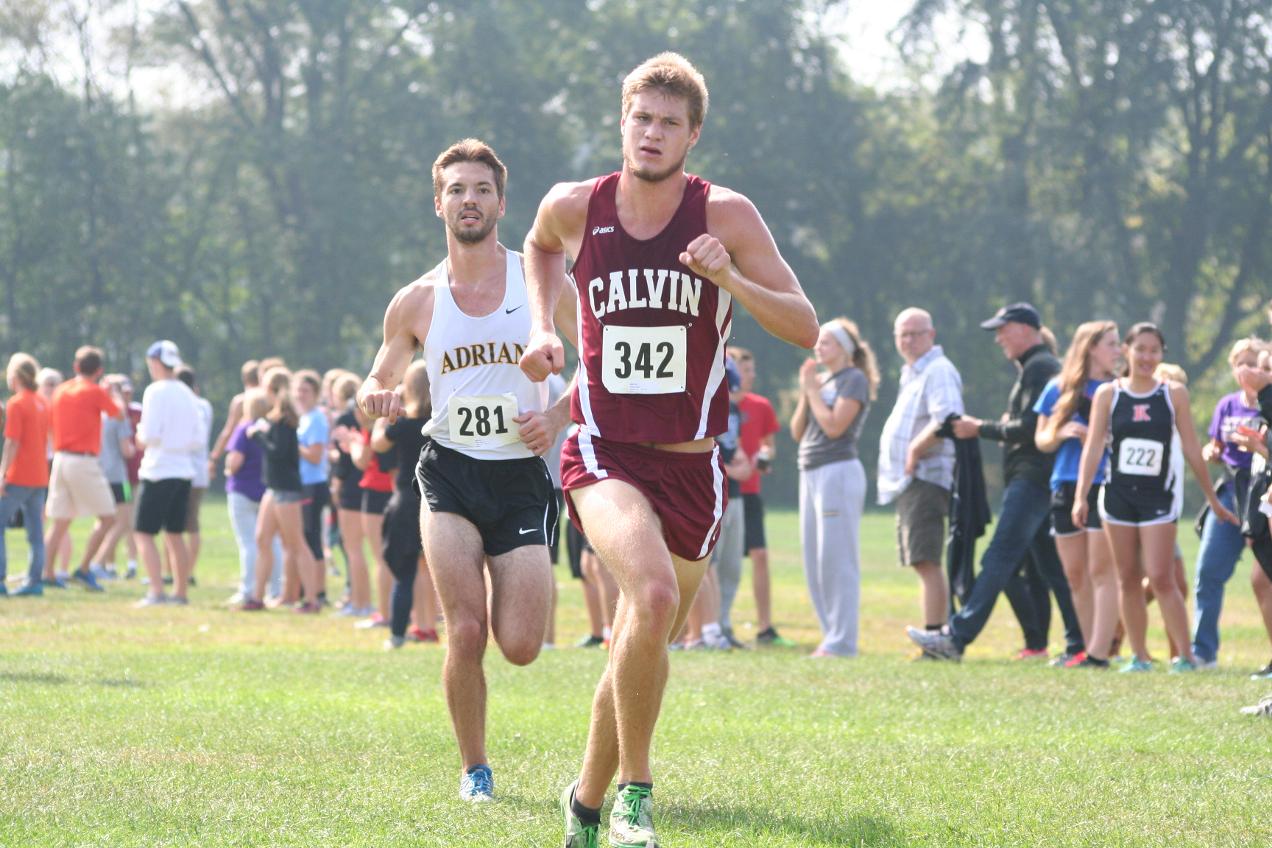 The Calvin men’s and women’s cross country team competed in the Lansing Community College Invitational this past weekend. The men’s team came in first overall, finishing with 46 points, with the second-place team, Lansing, finishing with 102 points. Calvin senior Jonathan Gingrich won the race with a time of 25:54.0, and juniors Robbie Hohlman and Andrew Rylaarsdam came in sixth and seventh place, respectively.

“The victory was a good stepping stone, both for the team and a couple of individuals,” Gingrich commented.

This was Gingrich and Rylaarsdam’s first race of the season due to injuries. “Both of us showed that we still have the fitness to compete well and are in the same place where we left off last year,” Gingrich continued. “For the team, it really showed our depth.”

Though most of the men’s varsity runners rested this past weekend in order to prepare for the upcoming race at Wisconsin Oshkosh, the team was still able to pull through and get the win.

The men’s team has done quite well so far this season and is hoping to return the cross country team to its former glory in which they won four consecutive championships in the early 2000s.

First-year student Lindsey Fox was Calvin’s top finisher for the women’s team. She came in 20th overall with a time of 19:45. She was one of the four Calvin women who competed in the race.

Unfortunately many top runners of the women’s team are injured, making an already small team smaller. This, however, does not defeat the team’s optimism.

“While we may not have the numbers, we definitely have what it takes to succeed,” Fox said.

Running is not all that the ladies have going for them, though. The team is strong in spiritual leadership that “enables [them] to strive to keep [their] focus on glorifying God,” remarked Fox.

This coming week’s race is a big one for both the men’s and women’s teams. The Oshkosh Invitational is pre-nationals so it will be a “benchmark to [show] how we will perform at regionals and nationals,” Gingrich said. “Next week is when we are really going to see how we match up against the rest of division III.”

The Oshkosh Invitational will feature competition both from schools in the region as well as nationally-ranked schools, such as North Central College, Washington University in St. Louis and University of Wisconsin Eau-Claire. All three of these are among the top five in the nation.

It is the national meet preview so, “It will be fun to see if we can repeat the success here that we had at Lansing,” Gingrich concluded.