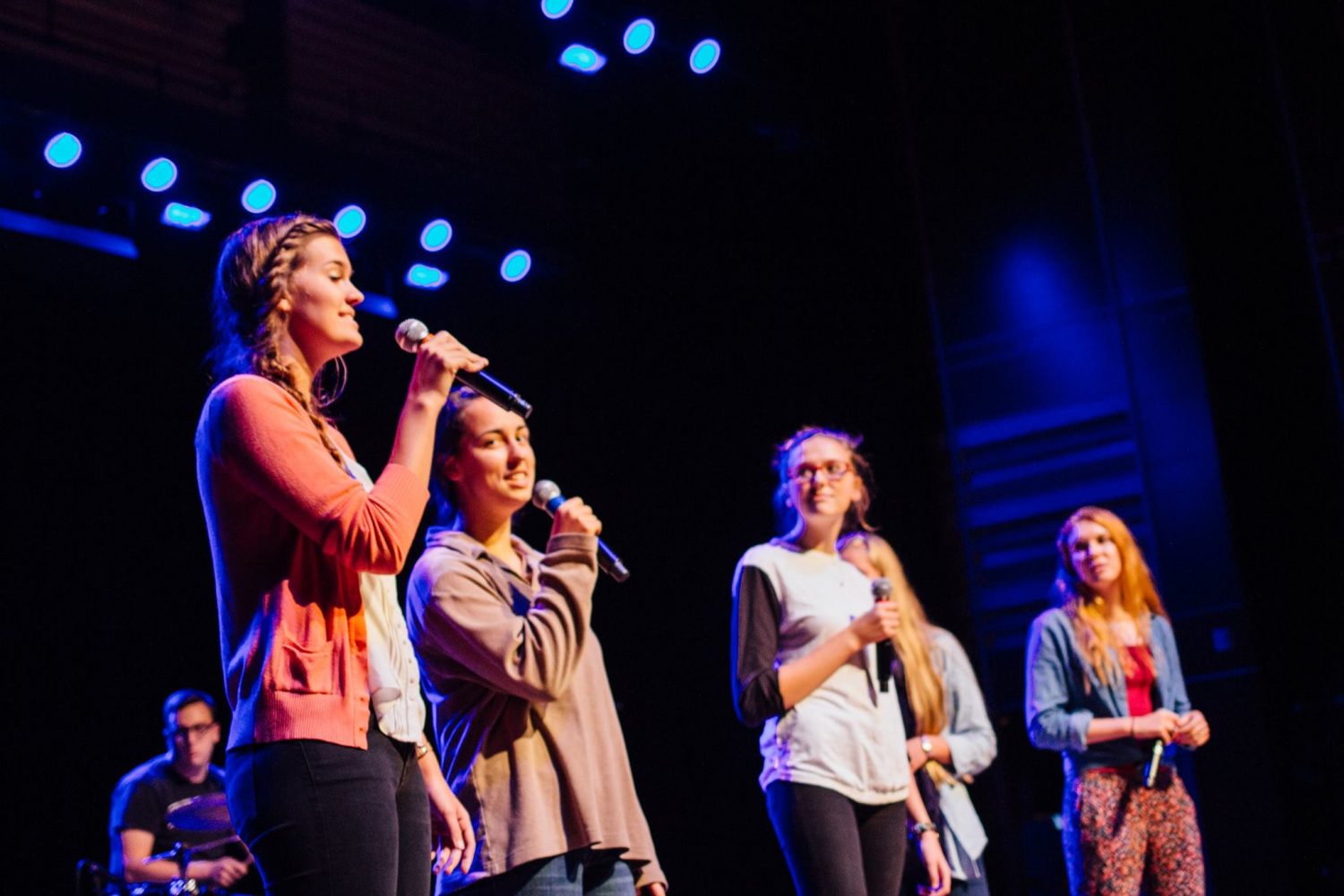 Last Friday night, at 9 p.m. the CFAC Auditorium was completely sold out. Why? It was Late Night with Capella, of course, an annual event that showcases some of the top vocal talent Calvin has to offer.

The students in Capella, Calvin’s top concert choir, arrange the show themselves. Admission is a small fee, and the proceeds from the completely student-led production go toward funding international tours.

The student-led element allows Capella the freedom to choose a wide variety of songs and styles. “What’s great about Late Night is that it puts Capella in a very accessible light. There’s something for pretty much everyone at the show,” said junior Caleb Sinclair, who performed Elton John’s “Your Song” and sang with the Capella men’s group.

At the concert, there was country, folk, pop, soft rock and even a musical number from Les Miserables, to name a few of the many genres and styles represented.

Depending on the style of music of each act, the musicians also dressed the part: country singers wore flannel shirts, denim and boots, while other groups wore earthy sweaters for a folk piece, and so on. Those in attendance ranged from Calvin students to professors, to Friday’s at Calvin guests and even parents from the nearby area.

Unlike the traditional choir concert in which the whole group sings most songs, Late Night with Capella showcases varying small groups of students and the occasional solo singer. With smaller groups and soloists performing, students are able to present their individual talent in front of a large crowd.

However, more often than not, Capella draws a crowd that is more than just large. In the past, the consistently sold-out shows have drawn enthusiastic crowds that only become more riled up when influenced by the energized emcees; this year was no exception.

The reputation and expertise of Calvin’s Capella groups have garnered wide renown on campus, a fact intuited from the continually large crowds. Students practice four times a week for their classical performances; for each act in Late Night with Capella students had to meet outside of class.

“While Capella typically performs in the classical strains of choral music, it’s always

really cool to remind people that we love all kinds of music and are as committed to giving our all toward popular music as we are classical music,” said Sinclair.

To find out more about Capella and other musical performances at Calvin, check out