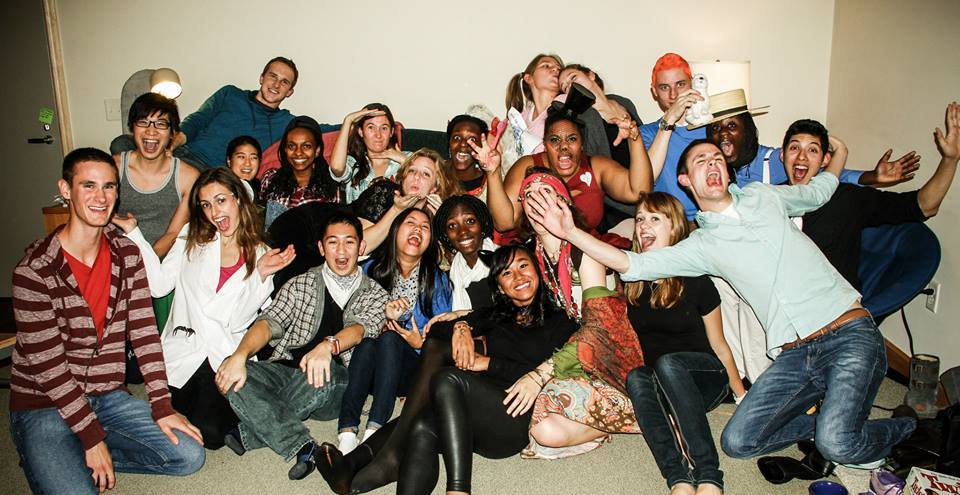 What is the Grassroots floor? Grassroots (formally known as the Mosaic floor) was started in 1996 and originally made up the second floors of Kalsbeek-Huizenga. It was created to promote diversity in an intentional community. In light of UnLearn week it seems fitting to emphasize a floor that maintains the ideals of UnLearn week during the entire year. According to the Calvin website the Grassroots floor engages in:

Fostering genuine community where Christ’s love and compassion is shown toward one another in all aspects of life, whether in the classroom or everyday living on the floor.
Developing awareness of issues related to race and racism in the North American context, particularly in the areas of history, culture, economics and politics.
Developing awareness and maturity in regards to our own racial identity and cultural awareness.
Improving communication skills and intercultural skills to build relational bridges and resolve conflict.

When asked to define this floor, sophomore Kimo Cox said “2nd vR (van Reken) is like a home. It’s like a big family where people are open and not afraid to say what’s on their minds in a respectful and loving manner.”

Resident assistant (RA) Kurt Delos Trino elaborated on this by saying “It’s a community that invests and engages in racial reconciliation through conversation, fellowship and learning in a class.” Delos Trino explained it is a goal of members of 2nd vR to “be able to reach out to those who don’t know about racial reconciliation and [improve in] teaching those people to learn and continue to engage in [anti-racism].”

Calvin has set very specific learning outcomes for this floor. Calvin’s website states that students who live on the Grassroots floor are expected to be able to “think, work, and move across boundaries—in diverse environments with a range of people, use skills and techniques learned on the floor in conflict resolution, improve anti-racism and anti-bias practices, develop and use communication skills and intercultural communication skills, link theory and practice through their own experience both as citizens and in professions, and seek out multiple perspectives — inside perspectives as well as outside ones.”

James Owens, a first year resident on the Grassroots floor, explains that despite “just being a small community right now,” his hope is that “over the years it will grow to engage the entire college in similar conversations of racial diversity in America.” He believes it is vital that this cross-campus invitation to think more critically about issues of discrimination becomes a year-long process, not confined to one week’s programming.

Owens, like many others on his floor, wants to see a change in the way the rest of Calvin students view their role on campus.

Delos Trino reiterates this with his hope that “people know that [Grassroots] welcomes every single person here and that this floor isn’t just for AHANA (Asian, Hispanic/Latino, African, and Native American) students. We want to teach people about grassroots, about anti-racism, and racial reconciliation. Come and have a conversation about our purpose here.”