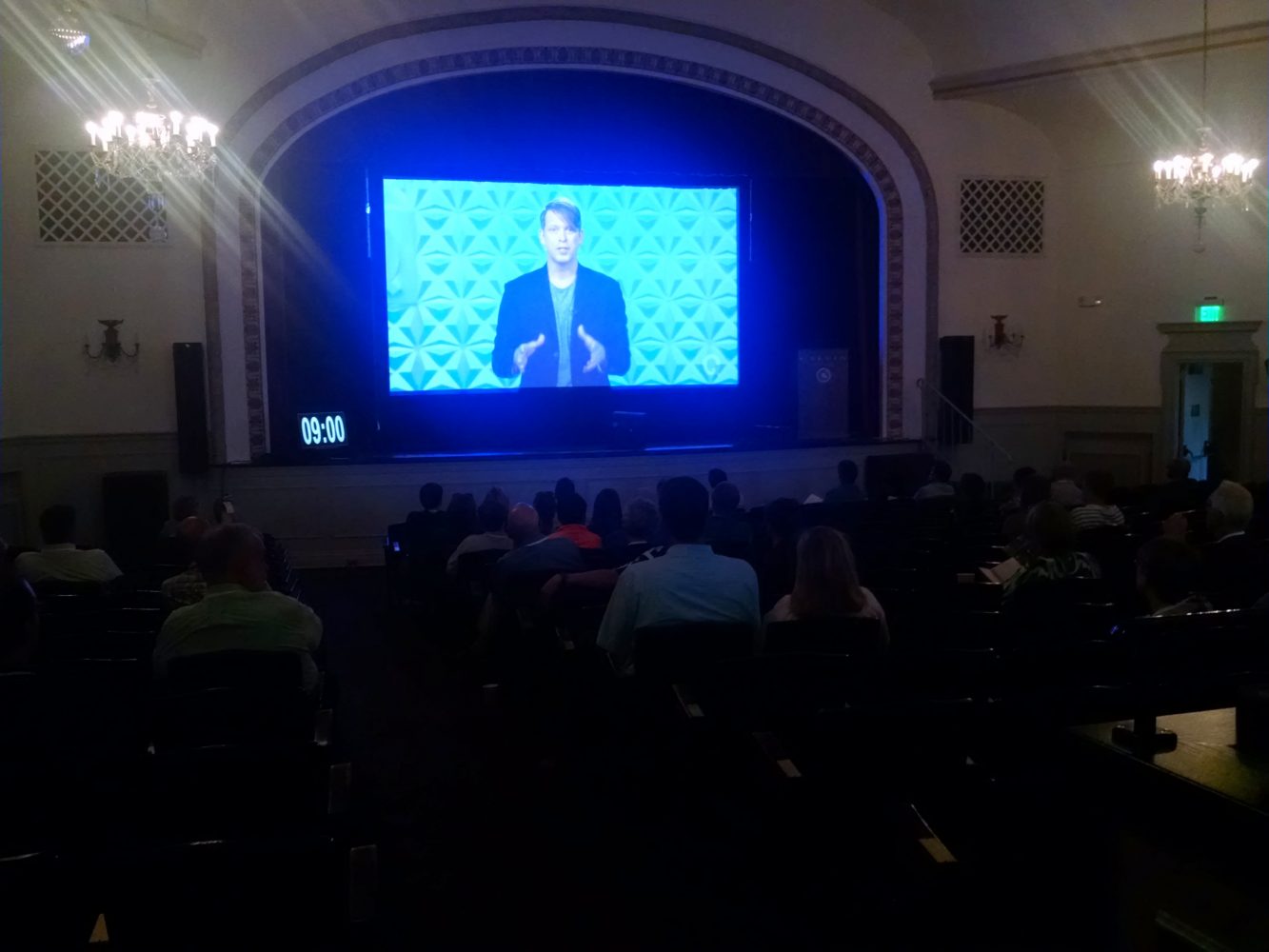 The third Q Commons tap-in hosted by Calvin College addressed local issues of the Plaster Creek watershed, improving the Grand Rapids Public School system and rebuilding the infrastructure of Grand Rapids in a way that supports jobs and communities.

Q Commons is an event hosted around the world. It is formatted with a broadcast that features two speakers and a panel to address global issues and three local speakers to address local issues. More information about Q Commons can be found in a previous Chimes article found on the Chimes website.

The global issues included Oz Guinness, grandson of Arthur Guinness, answering the question, “How do we live with our deep differences?”, Dr. Caroline Leaf discussing the question, “Can the mind change the brain?” and a panel dealing with issues of racial division in the United States, the refugee crisis, Planned Parenthood and Ebola.

The local speakers included Teresa Weatherall Neal, Mike Van Gessel and Dave Warners. Neal, the superintendent of Grand Rapids Public schools, spoke about her efforts to improve the educational system and not abandon kids. Van Gessel, CEO of Rockford Construction, spoke about the company’s efforts to strategically build structures in a way to attract other business, increase employment and generally benefit the community.

Warners, a Calvin professor who spoke about the Plaster Creek watershed and the work of the Plaster Creek Stewards, said that one of the best parts of the event was meeting the other two speakers who share a passion with him for the Grand Rapids community.

“I realized, ‘Wow, we’re really working at the same thing, using our own passions in different ways to achieve the same vision,’” he said.

As he went to sit down, Neal was on her phone; she assured him that she was listening — she was just looking up where her watershed was. To Warners, this demonstrated the impact Q Commons can have.

Warners believes these talks are “great discussion starters.” He went out with a group to discuss the topics addressed in greater length and believes that is a great way to process the issues addressed.

Kristi Potter, who helped organize the event as a member of the January Series staff, hoped that the event would help people in the community to take what they learn and continue to explore the topic.

This Q Commons saw a smaller attendance than previous ones, but Potter believed that “the people in the room were the ones who needed to be here.”

When looking at which speakers and topics to highlight, they looked for “a hidden story we want people to know more about.”

For example, Potter was excited and pleased with the story told by Neal and the work she has been doing for Grand Rapids:

“It’s inspiring; I don’t think people realize how much she has done for these schools.”