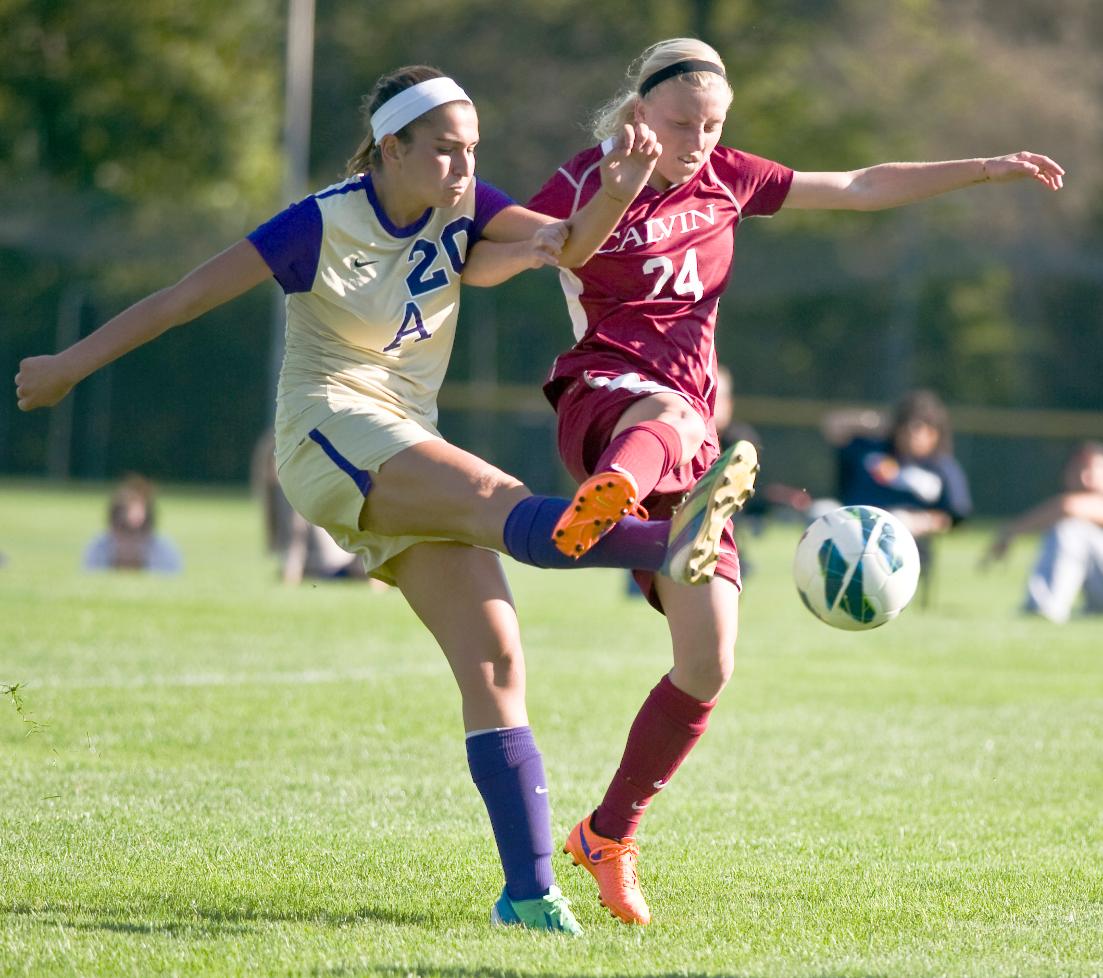 The women’s soccer team has gotten off to a 2-0 start in conference and a 4-2 start overall. Their recent success has seen them execute on offense and defense.

In a conference bout at Albion College, Calvin held the Brits scoreless behind senior goalkeeper Holly Ellerbroek. It took nearly the entire match, however, for Calvin to get on the board before junior Carly Veenstra struck in the 88th minute.

After starting the season with two non-conference wins, Calvin is making promising progress. Calvin began their 2014 campaign with four straight conference losses but are now two wins into their 2015 season.

“Today was another step forward for the team,” said head coach Mark Recker in an interview with Calvin Sports Information. “We were able to use our early losses this season as lessons.”

Calvin left Illinois on September 5 with a 3-0 victory against DePauw University. They then recorded back to back wins against Trine University and the University of Chicago with 2-0 and 3-0 wins, respectively.

Ellerbroek’s two saves helped her notch her third shutout of the year and her second complete game shutout. She has a total of 23 saves on the season.

“Albion is a very disciplined team and their goaltender made some amazing saves today,” said Recker. “We were able to sustain more pressure in the second half. The defensive unit keeps structuring itself and building.”

Veenstra is leading the team with four goals, followed by three from senior Sydney Kinney. Veenstra and Capel have both tallied two assists thus far. As a team, Calvin is averaging 1.7 goals on 11.5 shots a game.

The season is still young, and Calvin isn’t set to face off against last year’s conference champion and MIAA rival Hope College until October.

The team will take a break from MIAA competition before a home game versus Alma College on Saturday, September 26, at 12:00 p.m.