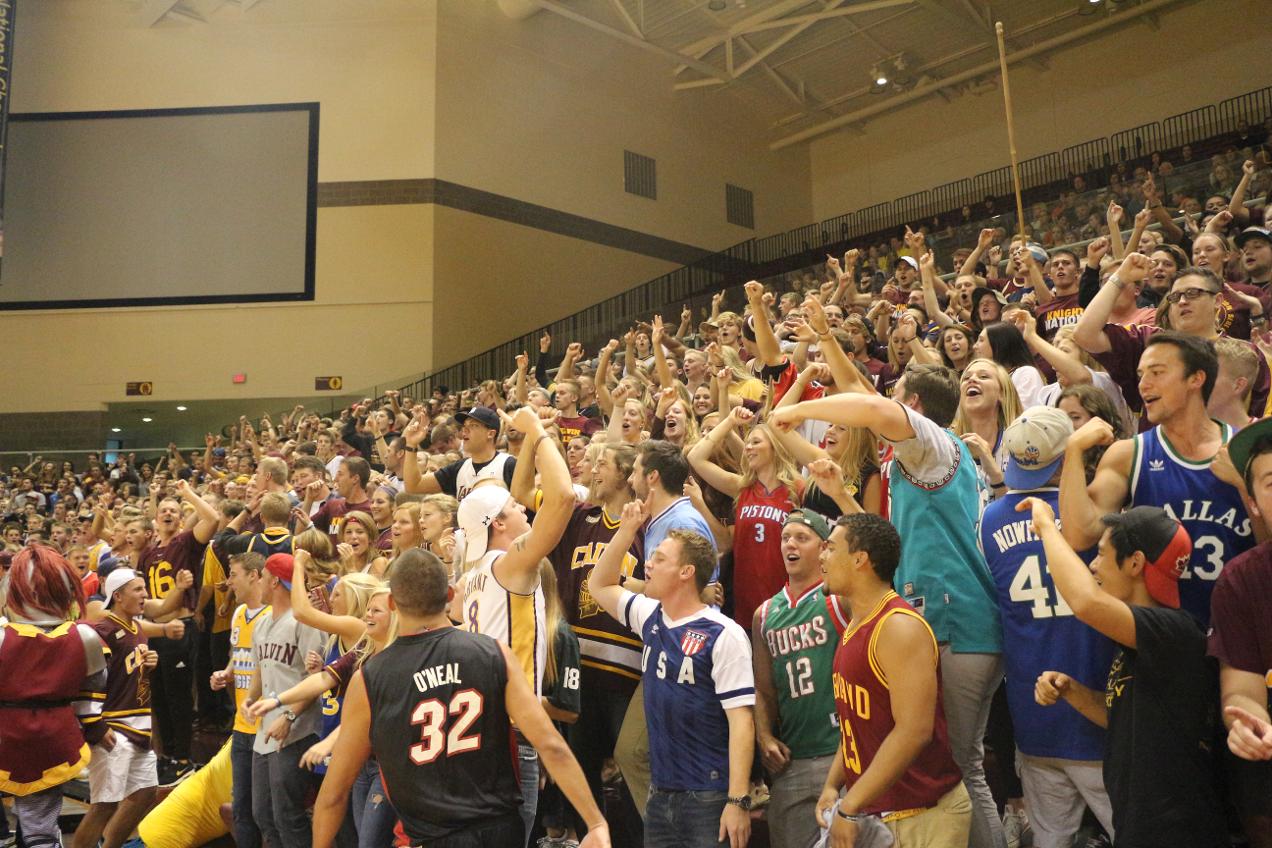 This past weekend Calvin hosted Hope College in the Van Noord Arena. The team continued their winning streak and swept their biggest rival in three games, with scores of 25-16, 25-17 and 25-18. Calvin collected nine aces as a team, including three from junior Laura Danhoff in the first minutes of the game.

The win over Hope was head coach Amber Warners’s 400th career win in her 14 years at Calvin. But the rivalry between Calvin and Hope goes back further than that. The Calvin women’s volleyball team is currently ranked ninth in the nation and second in the MIAA.

“As a fan, the experience of this huge rivalry is thrilling, exciting and energizing,” said sophomore Kayla Van Eck, president of Boer-Bennink. “The atmosphere is loud and filled with the energy of excited students and fans who want to see their team take the victory.”

The Calvin-Hope rivalry has been in various stories and articles, most famously making ESPN’s article “No hate, just heat in Hope-Calvin rivalry” in 2007.

Lydia Gildea, senior and catcher on Calvin’s softball team, was present at the game Saturday, cheering the Knights on to victory. “It’s a super huge rivalry and it’s always great to see Calvin kill Hope in the first three games. It’s big enough that alumni in Arizona and Florida get together and throw parties to view the games online.”

The Calvin-Hope rivalry is something that ties alumni, faculty, staff and current students together to be one united Knight Nation.

“The Calvin-Hope rivalry is very fun to be a part of and seems to bring together the community of Calvin,” Van Eck said. Saturday’s game against Hope had a huge student section sporting maroon and gold attire while incorporating the theme of athletic jerseys.

Setter Jenna Lodewyk was excited to see the big crowd as it helps her and her team focus on the game ahead. Lodewyk was named MIAA Specialty Player of the Week and is now a second-year starter on Calvin’s volleyball team.

“Without having such good hitters and passers, I wouldn’t be the player I am,” said Lodewyk after the game Saturday. She is very excited for the rest of the season and is eager to see the competition the Knights will face and the growth of the team throughout the year. “I think we have a lot of good potential and I am excited to play some teams down in Emory this weekend.”

Calvin is currently 6-1 overall as they travel to Emory.