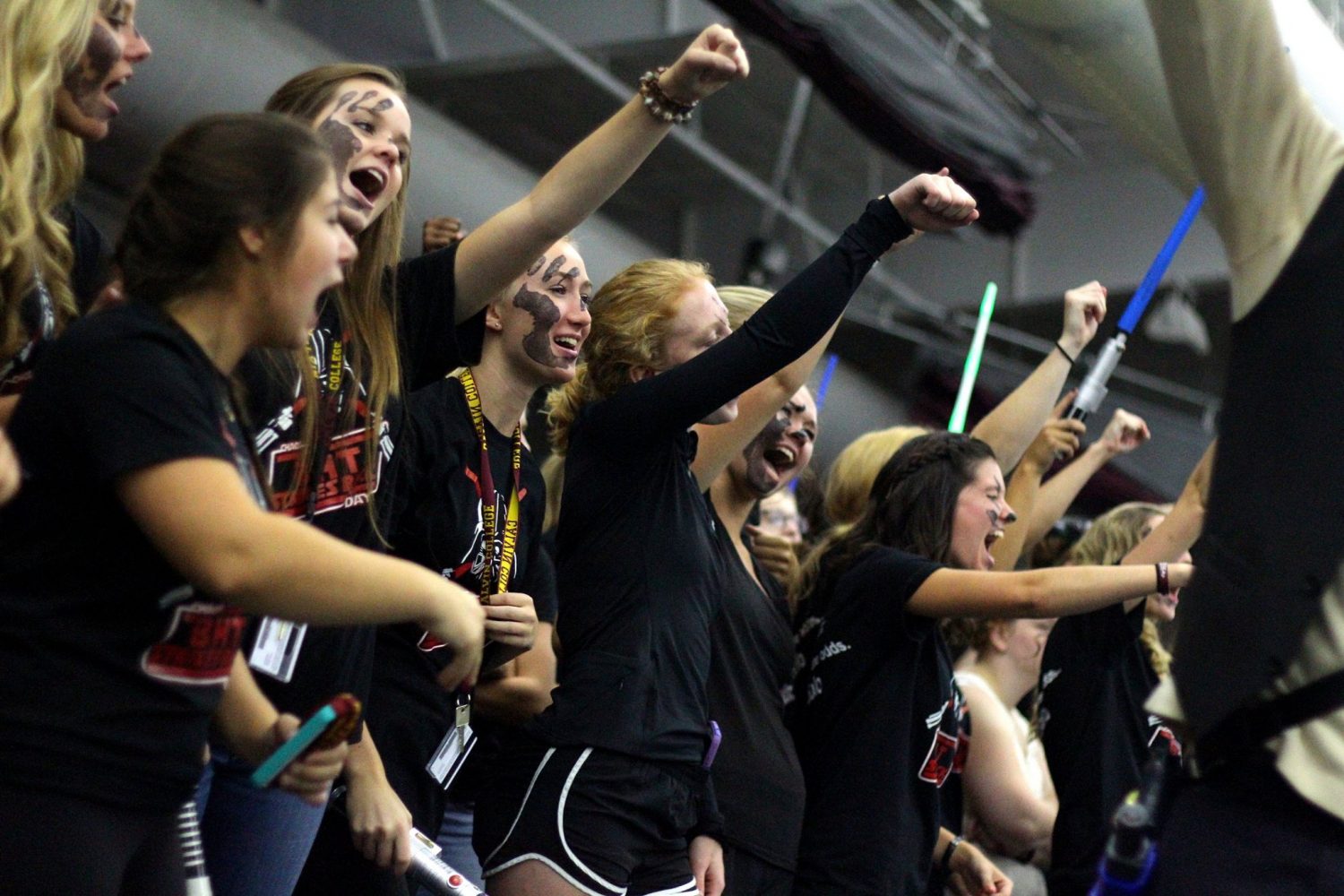 Schultze-Eldersveld (SE) won the 46th annual Chaos Night, formally known as Chaos Day, thanks to their tug-of-war triumph that broke the tie between them and Beets-Veenstra (BV) while Bolt-Heyns-Timmer (BHT) and Noordewier-VanderWerp (NVW) tied for third.

“Does [winning] change the world? No,” said Courtney Zonnefeld, a sophomore resident of SE. “But it’s fun to say you’re part of the SE dynasty.”

This Chaos Night was the closest one officials have seen in a long time.

But to many, Chaos Night is more than just a competition. For junior Angie Tiemeyer, it is an opportunity for dorms to come together for a little friendly competition and to stir up dorm pride

“It’s meant to bring the dorm together as a whole,” she said.

“It’s a great event for the dorms all to get together and do a lot of activities and get super hyped,” agreed sophomore Kerri DeVries.

“Chaos Day gives students in the dorms, especially freshmen, a sense of unity and community with the other people on their floor and in their dorm,” said Calvin alumna Audrey Hughey. “They have to work together in ways that they wouldn’t have to otherwise.”

The event was a hit for first-year students and sophomores alike:

“I enjoyed having everyone come together and be very spirited,” said first-year student Shelby Waterson.

“I think the leadership in the dorms did a great job of getting all the underclassmen hyped about it,” said sophomore Sarah Mulcock.

“I remember Chaos Day being an awesome time of getting to hang out with my new friends and be silly,” said Hughey.

“It gives people a fun thing to do on their first Friday night at college,” said Tiemeyer. “The best part is seeing all the dorms dressed up in their costumes. I think this year probably had some of the best costumes I’ve seen.”

Up until two years ago, Chaos Night had taken place on the East Beltline field during the day. Student life decided to move it to a night event in 2014 to make it more accessible to students who had obligations on Saturday mornings.

“Getting up that early was difficult,” said Tiemeyer. “People have more energy and are more with it at Chaos Night. And you have more time to get ready. If you come up with a costume that day, you have time to prepare.”

“When it was pretty early in the morning, I didn’t go,” said senior Lucas da Silva. “It was too early.”

Some students, however, would have prefered to keep it during the day.

“I wish it was the middle of the day instead of at night,” said sophomore Brennan Steenhoek. “I wish it would happen in the afternoon when the sun was up. It would be nice to be outdoors.”

“Nine o’clock to 11 is a bit late. If it was 8-10, it’d be golden,” said Tiemeyer. “You’d have a little bit more time to have a dance party or a dorm event afterwards without people wanting to go to bed.”

“Having some sort of social thing afterwards like a post-Chaos Night dorm mixer would be nice,” added Waterson.

According to Mulcock, the real fun of Chaos Night is when students get to build community. “If the sophomores include the freshmen then it’s more fun for all of them.”

“It’s really fun to be a sophomore when you have more dorm pride and understand what’s going on,” said Zonnefeld.