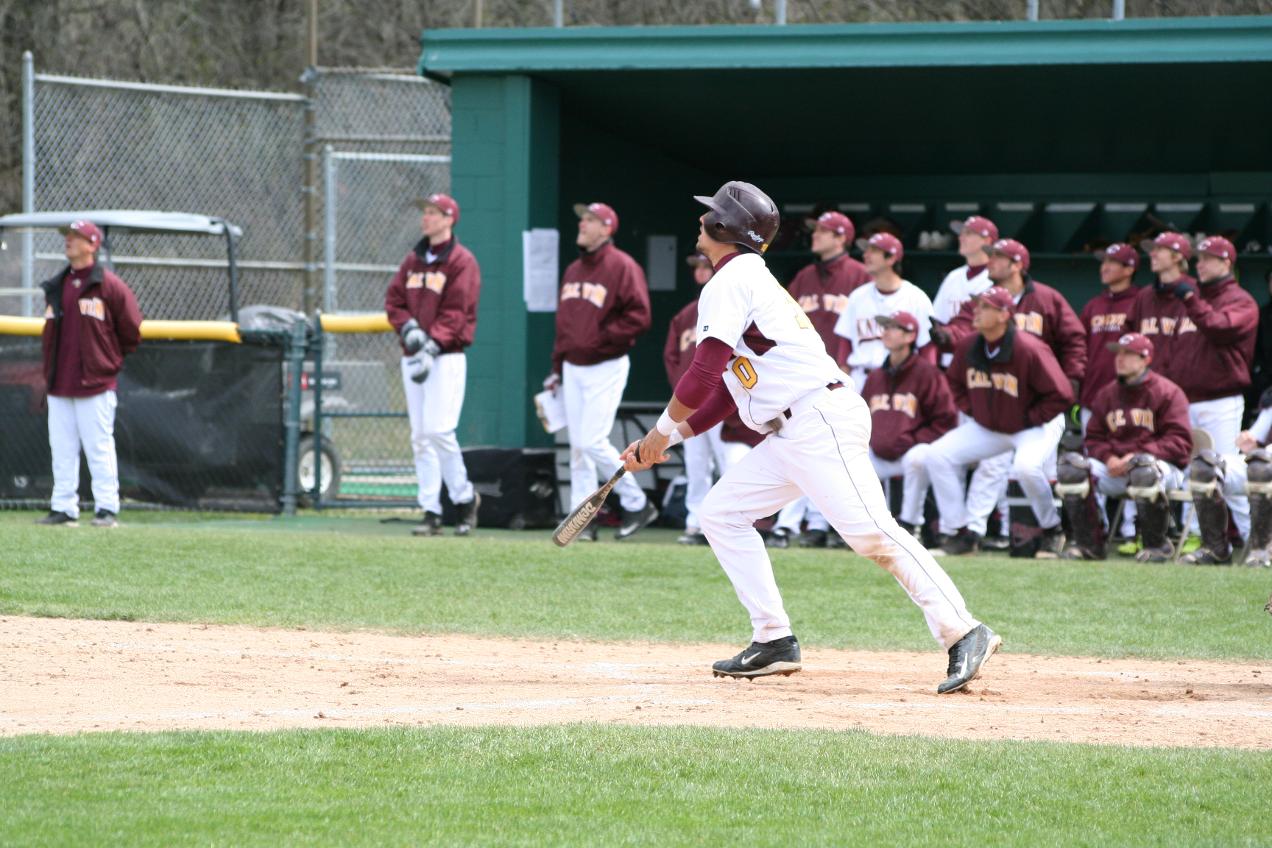 On April 27, the Calvin Knights walked off Jannen Field on Trine’s campus with two wins: 8-7 the first game, 7-2 for the second. Playing the rescheduled, rained out game from Saturday, the Knights continued their eight game winning streak, while clinching a spot in the MIAA Tournament next week.

With about half of their roster batting over a .300 average, the team holds a well-deserved second place spot in the conference. Seniors Grant Van Putten and Peter Cupery led the series against Trine, and Cupery topped off the game with a home run. Senior pitcher and co-captain Nate Schepers started off the game strong, pitching a little over five innings.

“I attributed the wins on Monday to our team staying level headed when we faced adversity,” Schepers said. “Seniors made big plays at the plate, on the mound and in the field. Freshmen stepped up without fear. We wouldn’t have done that four weeks ago.”

The Knights stand with a 19-16 record. As the season progresses and MIAA Tournament is within sight, Schepers hopes to lead through his seniority by pitching the best he can, like always, and to do his part to be there for the team in any way he can whether it be “pitching, cheering guys on or sharing my knowledge with younger guys.”

Schepers believes that baseball is a journey. The team has learned from their failures just as much as they have learned from their successes, and has proved this with their ability to pull out win after win. Earlier this season, the Knights beat the Dutchmen 12-2 after losing to them 14-7 the day before, proving that their journey is continuing.

“I think that was the turning point in the season that has propelled us to get to this position,” said Schepers, referencing his favorite memory of collegiate baseball.

Schepers sums up the season with the word “extraordinary” and leaves collegiate athletes and students alike with these words of advice: “Focus only on what you can control, embrace the adversity that comes with being an athlete.

Whatever form it might take, it will inevitably come. Play your sport with a selfless mentality. No record, award, statistic or article in your honor is worth the knowledge that you’ve done everything you can to help your team be the best it can be.”

To close their regular season, the Knights play the Adrian Bulldogs, the number one team in the MIAA Conference. With a 27-9 record, the Bulldogs will be a tough team to play. Adrian recently took a win against Trine as well, with a final score of 3-0.

The Knights will be neck and neck with batting, even though Calvin has Adrian beat with a .402 on base percentage compared to Adrian’s .364. Adrian dropped one game to Kalamazoo in their last series which left the door open for the Knights to share in first place.With Bulldog Jordan Frayer (6-1) on the mound, the Knights will have to come out ready to swing.

Calvin has come a long way since the beginning of their season and is ready to play Adrian with fire in their eyes. The Knights play the Bulldogs this Friday, May 1, for a doubleheader at 2 p.m.. Come support the Knights as they play their last game on their home field before the MIAA tournament at 1 p.m. on Saturday, May 2.