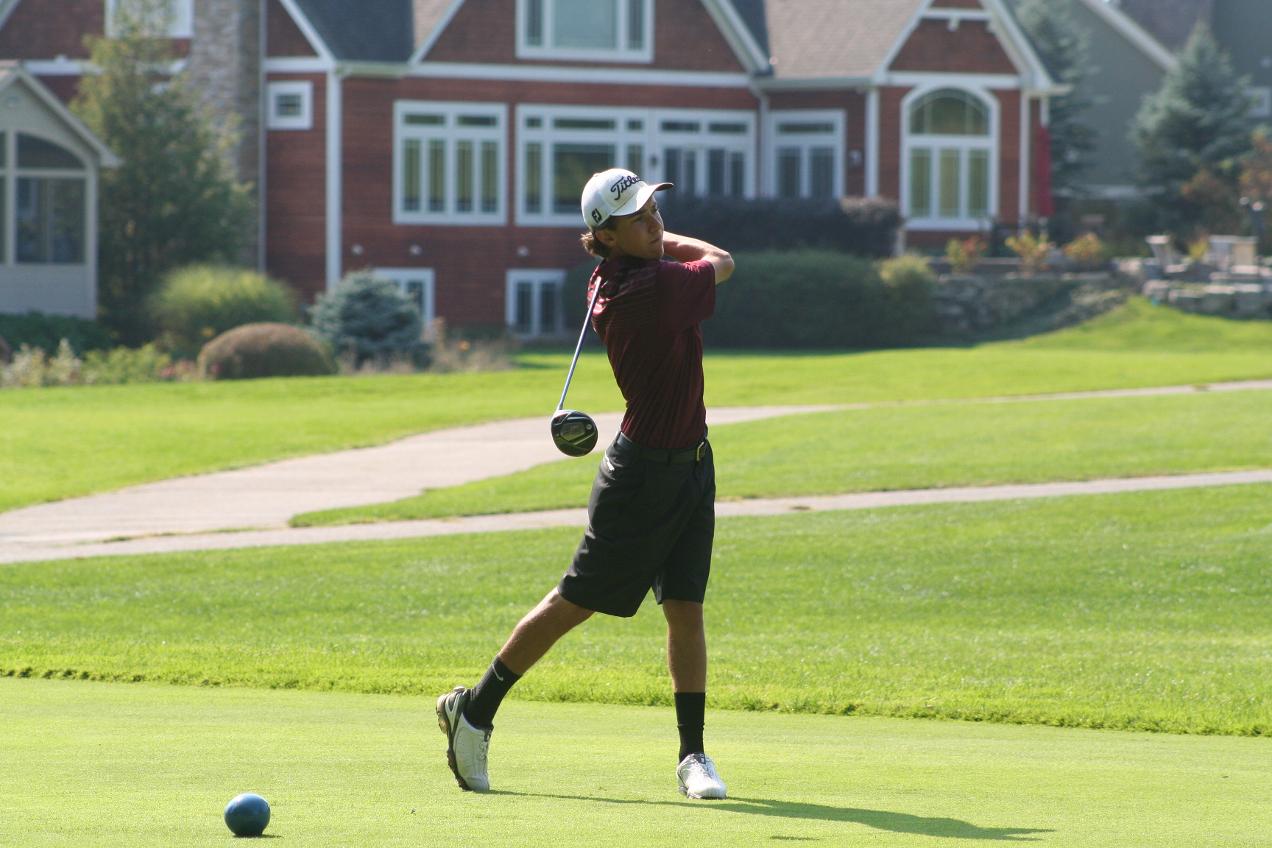 With the sun finally shining and the fresh, green grass blowing in the wind, people everywhere are getting an itch to hit the links. Calvin men’s golf is doing the same, but with a little more style.

Walking away with an 11th place spot at Augustana’s invitational tournament on April 11, they look toward the end of their season with high hopes in mind.

The Augustana Invitational allowed the team to try a few new players in the lineup, in addition to exposure playing in high-wind weather.

While the tournament was a learning experience, teaching the players that they need to sharpen some skills, the team looks ahead to the automatic qualifier (AQ) rounds coming up this week and next week.

“Playing at Augustana allowed us to assess the state of our golf games at the current moment and see what areas need improvement,” said senior Jason Zeigler. “It was also nice to play with teams that we usually do not play against.”

The men’s golf team’s current ranking in Division III is 84, with their record high this season being ranked at 43 during their fall and early spring record. Knowing they would drop in the ranks during their last few tournaments, they have been focusing on the development of their team and the individual players.

Coach Brian Bolt has been coaching for 10 years but not only in golf. Picking it up later in life, he enjoyed playing and learning about the game of golf so much so that he began to provide lessons and working at golf camps.

“I have enjoyed every year, and the guys that were a part of my early years will always be special since they were part of a growing program, but unfortunately [they] did not experience the fruits of success like later teams,” said Bolt.

After making improvements to the program, especially in recruitment, development and a lot of hard work, the team attained their first conference championship in 2011. Since then the program has continued to improve.

The success of the 2011 team is in the back of the players’ and Bolt’s mind. With first-year students John Van Noord and Ben VanScoyk that “are as talented as any two freshmen” that Bolt has experienced at Calvin, there is no way success in the spring AQ’s are not within their reach.

Looking forward to the rest of the season, Zeigler believes “the team is in a good spot right now. We are all working hard to improve and get in the reps that we need.” The team believes that playing through another tough, Michigan winter has helped them prepare for the future tournaments and has also improved team camaraderie.

On Saturday, April 18, the team will travel to Trine to play the first 18 holes of the AQ. The following weekend, April 24-25, they will travel to Wuskowhan (Hope College’s home course) and play the remaining 36 holes.

Not getting ahead of themselves, Bolt, Zeigler and the rest of the team take one round at a time, with the hope of proving themselves in Nationals.