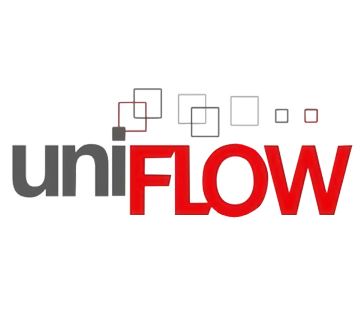 Some students would argue that the system has only added problems to printing. First-year student Gracelin Brock explained that the e-mail connection aspect was especially difficult.

According to many students in the dorms, the printing process has been difficult — whether it was the printer refusing to print double sided or quitting in the middle of printing a philosophy paper.

Calvinwebprint.com allows students to easily upload their documents and check their print balance.

It started as a class project for computer science 206. The idea came from Kim, who works at the front desk of the library. Many students reported problems with uniFLOW.

“We wanted to make a site that would allow people to print and see their print budget and just simplify printing,” said junior Tyler VanZanten, one of the site’s creators.

According to VanZanten, a map detailing the locations of all of the printers on campus is one of the most popular features on the sight. Calvin Information Technology has even referred some people to the students’ site to use this feature.

The group attributes the site’s success to the fact that they had students in mind from the beginning.

“We were trying to get this deployed and actually used by people,” said senior James Lamine. “I didn’t want to spend hours and hours working on something if we just ended up not using it.”

“Most software projects end when the class ends,” explained VanZanten.

“That was one of the things that made our project different,” said Lamine.

According to students, the new site is much easier to navigate. The numbers back it up, showing that 724 students visited the site this past week and between 300-400 students have actually used to site to print.

Given the success of the site, VanZanten and Lamine are planning on “open sourcing” the site, meaning that they are going to make the code available to the public for contributions.