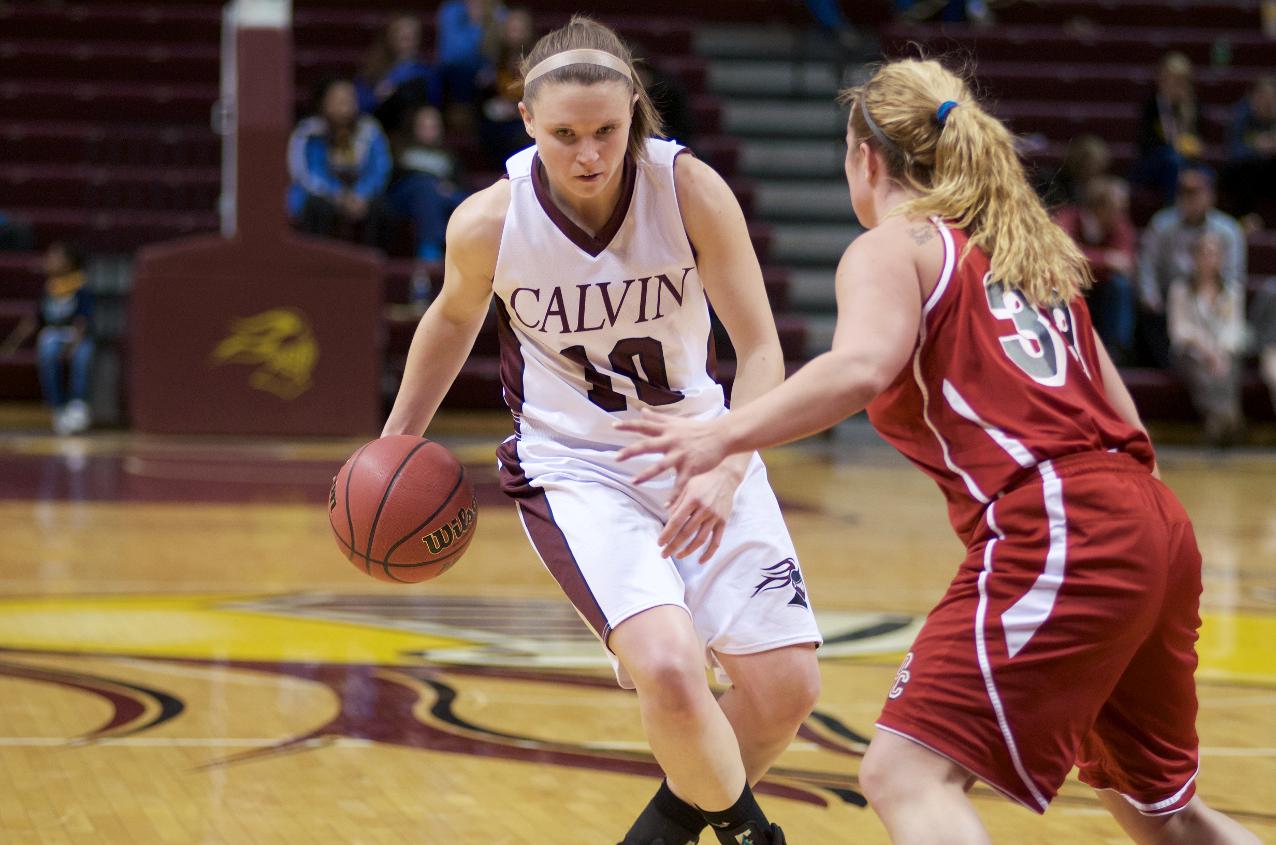 After a record-breaking first half scoring 57 points, the Knights went on to defeat the Olivet Comets 88-54. The Knights tied the MIAA record for three-point shots in an MIAA tournament game and shot 60.4 percent, breaking the record for field-goal percentage. The Knights improve to 26-0 on the season.

An offensive outbreak from the Knights picked up when junior Tiffany Karger hit her first three-point shot and then hit two more in just over two minutes, then a fourth on her fourth attempt minutes later.

Karger was second in scoring with a career high of 12 points, while senior Hannah Acre led with 16. The Knights had a very balanced scoring effort with half of their points coming from the bench and eight players with seven or more points.

Head coach John Ross was pleased with the contributions from Karger. “That’s huge [for Karger to have a game like that] … She is such a great kid and hard worker … That is what we need from her — we need her to be confident if we are going to make a run in the tournament.”

Unfortunately Calvin’s offense allowed 21 turnovers, which is something Ross hopes won’t carry into the MIAA final.

“We are going to have to take care of the ball a lot better,” he said. “A lot of our shooting comes from great passing and great penetration from our guards.”

One of the guards, senior Kayla Engelhard, was pleased with their passing in the game and thought it was a big part of their success. “It felt really good to be shooting well again. We were sharing the ball really well and I think that was the key. We were getting it done on the defensive ends and that was translating to easy shots.”

With the win, the Knights advance to the MIAA tournament finals, where they will face rival Hope College. Engelhard commented on preparing for the next game, saying, “We are taking one day at a time, we’ve got to get in the gym tomorrow and focus on Hope.”

She expects a challenge from Hope’s inside and outside players. In order to win the Knights, Engelhard says her team will “have to stick to our pressing game and focus on the high intensity that we’ve had all year.”

Tipoff for the final game of the MIAA tournament will be at 3 p.m. Saturday at the Van Noord Arena.