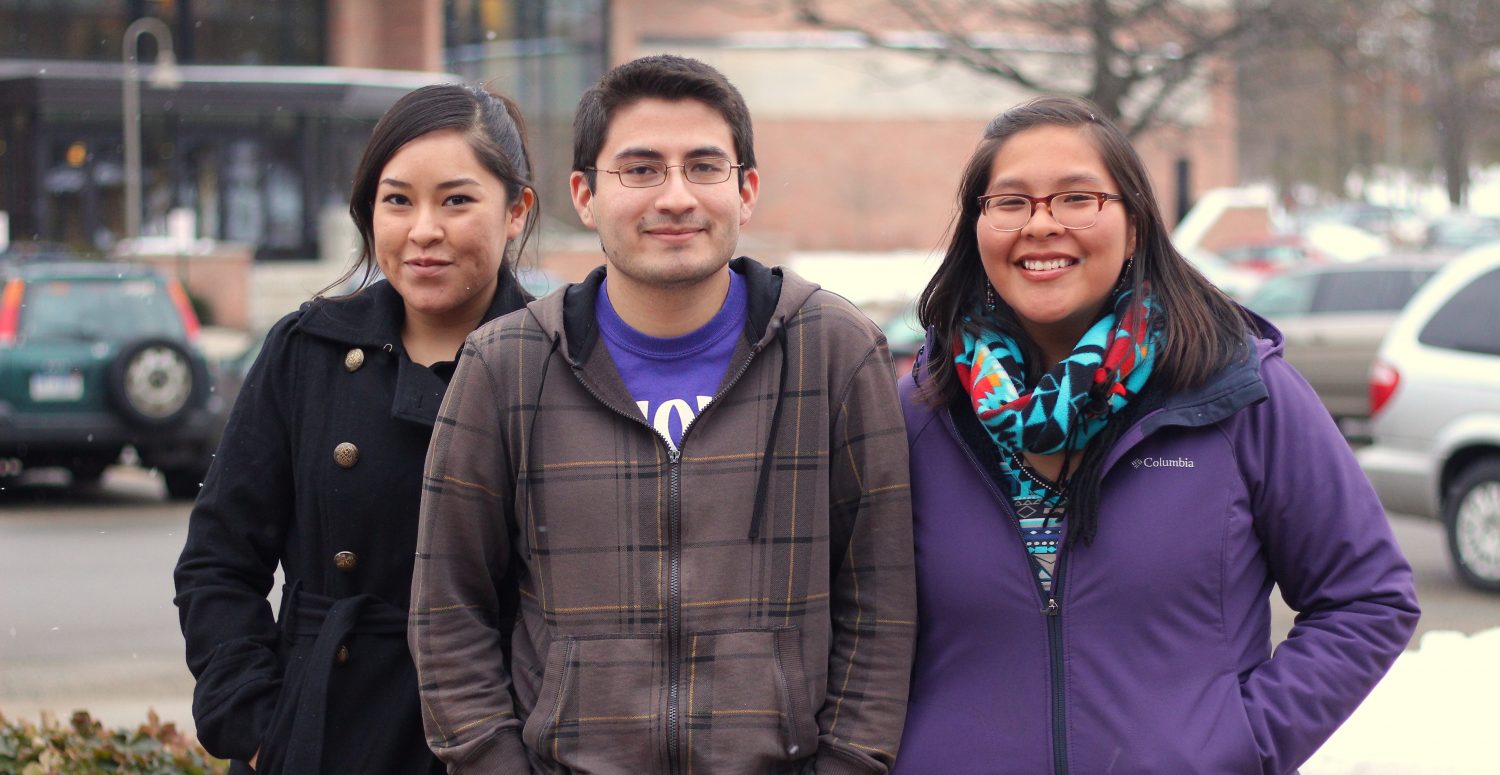 Native Americans make up less than one percent of Calvin’s student body. But according to these three seniors, that is no excuse for letting stereotypes and cultural misrepresentations prevail.

The CRC, and Calvin in particular, has had a long history of involvement with the Native American people. But according to these students, all of Navajo descent, the relationship has not necessarily been a good one.

Here they write about their experiences of facing prejudice in a system where they have seen their culture  misinterpreted and marginalized, and how it has inspired them to become cultural activists. This essay is part of a series. Read Chantelle’s story here, and read Benjamin’s story here.

As a Navajo student, my time at Calvin has been fruitful yet painfully ironic. It is not by chance that Calvin and the CRC have a strong fixation with Navajo people, nor is it coincidental that one of the Project Neighborhood houses is named Nizhoni, the Navajo word for beauty.

A little more than a century ago, the CRC sent Reformed missionaries to Rehoboth, N.M. to set up residential schools where forced cultural assimilation took place through the derogation of Navajo language and religion.

Armed with bad theology and the belief that they “meant well,” missionaries abducted small Navajo children from their homes, cut their hair and forced them to adopt Western European values and beliefs of Christianity.

Whether I like it or not, this dark history is the backdrop for my attendance at both Rehoboth Christian School and Calvin College.

Less than 1 percent of Calvin students are Native American and it is common to feel isolated, like no one understands what I am going through.

One significant frustration I have as a Navajo student at Calvin is being the assumed ambassador for Native Americans (not just Navajo people) in the classroom, at work and among other students, faculty and staff.

While I welcome questions and conversations about Navajos and/or Native Americans, people should realize that I am Tonisha and cannot speak for hundreds of thousands of other Natives, all of whom have their own voice, perspective and experience.

Another frustration I experience is living in two worlds—though never quite fitting in either. When I go back home, I have to justify going to two schools that are affiliated with an institution that viciously oppressed my elders.

In a sense, I am too “white” for my home community and not “white” enough for Calvin’s community. I feel alienated in either setting and pressured to exchange my Calvin identity for my cultural identity and vice versa when I go between these two worlds.

Despite all of the confusion about my identity and pain that I’ve experienced at Calvin, I still love this place. I love what I’ve learned here and the people I’ve met here. At Calvin, I became passionate and hopeful about justice, Kingdom-building and racial reconciliation.

I believe that God has amazing plans for the people here and the work they are doing and will do. However, Calvin’s community does need to work on caring for their Native students.

If they want to see less of us transferring out of Calvin or dropping out of college altogether, Calvin needs to make a more supportive, understanding and welcoming environment for all Native American students.

The Calvin community can love their Native American students and neighbors by listening to the experiences of Native students and learning more about the CRC’s history with Rehoboth and the Navajo people.

I would also encourage the Calvin community to learn about Native Americans in Grand Rapids. Often, local Native American communities are overlooked because of Calvin’s history with Rehoboth.

People think that establishing Rehoboth was sufficient, and because of its violent and culturally oppressive past, they avoid bringing it up altogether. A strong association with Rehoboth does not excuse ignorance about Rehoboth, Navajos or other Native Americans.

I think a lot of the CRC’s wrongdoings in relation to Native Americans were based on fear. Fear of the “other” only divides us and serves to perpetuate ignorance and injustice.

Combating this fear means being open and willing to build relationships with people who seem different, no matter how uncomfortable it may be. I hope Calvin’s community will continue to do this.