Peace Corps Director opens up on faith, development and changes in the Peace Corps 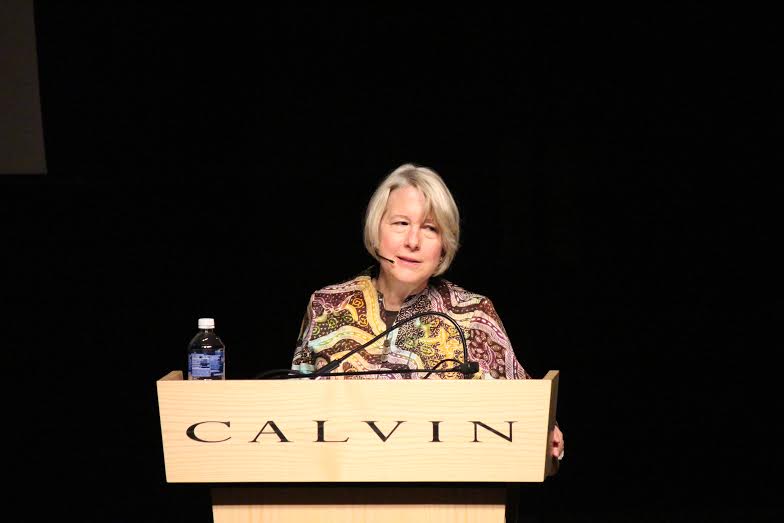 Carrie Hessler-Radelet, who was confirmed as director last June after serving as deputy director since 2010, delivered a plenary address discussing the power of one person to make a difference, sharing stories from her own experiences working and leading in the Peace Corps. She also spoke candidly about her own Christian faith, explaining why people of faith form an important part of the Peace Corps’ mission.

After her address, Hessler-Radelet sat down with Chimes to discuss development, faith and new Peace Corps initiatives.

While some might be surprised to hear a government employee speak at a conference with “faith” in the name, Hessler-Radelet says no one is asking Peace Corps volunteers to keep their faith separate from their work.

“You don’t have to check your faith at the door,” she said, “It’s part of who you are.”

“Peace Corps does not mind at all if people practice their faith; in fact, we welcome it,” she continued. “We do discourage proselytizing because we are a government agency. But I think individual Christians are able to live their faith and are able to participate in local faith communities as members.”

In part as a recognition of this, Hessler-Radelet explained, the Peace Corps recently started a new faith initiative which intends both to connect with faith-based NGOs and networks in the United States, and also to better support communities of faith overseas.

“They may not all be Christian, and we’re not restricting this initiative to the Christian faith by any means,” she elaborated. “We’re also reaching out to Jewish communities and Muslim communities and Hindu communities. But it is a recognition that our nation is beautiful and diverse and many people have beliefs that motivate them and make them into great people.”

This new initiative comes at a point when the Peace Corps faces other changes as well. After years of using the same application process, the Peace Corps introduced a significantly shorter online application this July that enables applicants to apply for specific countries and job descriptions.

“Our application numbers weren’t what we wanted and we weren’t sure how much of that was due to the process, but we knew that the process was very long,” Hessler-Radelet explained. “There also are so many other options out there, and other organizations and other service opportunities offered some amount of choice.”

“There’s something beautiful about being open to the spirit to serve wherever you’re needed,” she said, “But people have career goals now. And people have options and people have choices. I’m really excited about it because now people own their decision.”

Hessler-Radelet has been shaped by her own Peace Corps experience. She was a Peace Corps volunteer at a Catholic high school in Western Samoa from 1981 to 1983, where her eyes were opened to the importance of maternal health. She would later return to earn a master’s degree from Harvard’s School of Public Health and work in international development for years before returning to lead the Peace Corps.

For her, the whole Peace Corps experience has been rooted in her faith. She chose Peace Corps, she said, because “the tent-making model of ministry appealed to me. I felt that it offered some opportunity to share my faith in a way that was perhaps more subtle but would allow me to be who I was, and express who I was and my values through my actions,” she said.

“It turns out we went to Samoa which is a totally Christian country,” she said. Though ordinarily Bible studies would not be encouraged, Christianity was so culturally important to Western Samoa that she and her husband led a Bible study for fellow volunteers. “We were able to teach those who did not come from a Christian faith about the Bible and about what the Bible said,” she said.

Though she is currently based in Washington D.C., Calvin is in familiar territory for Hessler-Radelet, who spent part of her childhood in western Michigan and still has a house in Holland. “I feel some strong ties to Michigan. I grew up here,” she said.

Connections continue today. Currently, 24 Grand Rapids residents, including several Calvin graduates, are serving with the Peace Corps, and over 7,000 Michiganders have volunteered through the Peace Corps since 1961 when it was founded after an address President Kennedy gave at the University of Michigan.

“Calvin has some phenomenal statistics,” Hessler-Radelet said. “Ninety-nine percent of your students do service-learning — that’s incredible. We are looking for people who are motivated by service.”

She sees strong potential in Calvin students, especially conference attendees with an interest in international development and faith. “We want people who are willing to go where the need is great and work among people,” she said. “I think that our organization and our volunteers are richer because we have people of faith.”