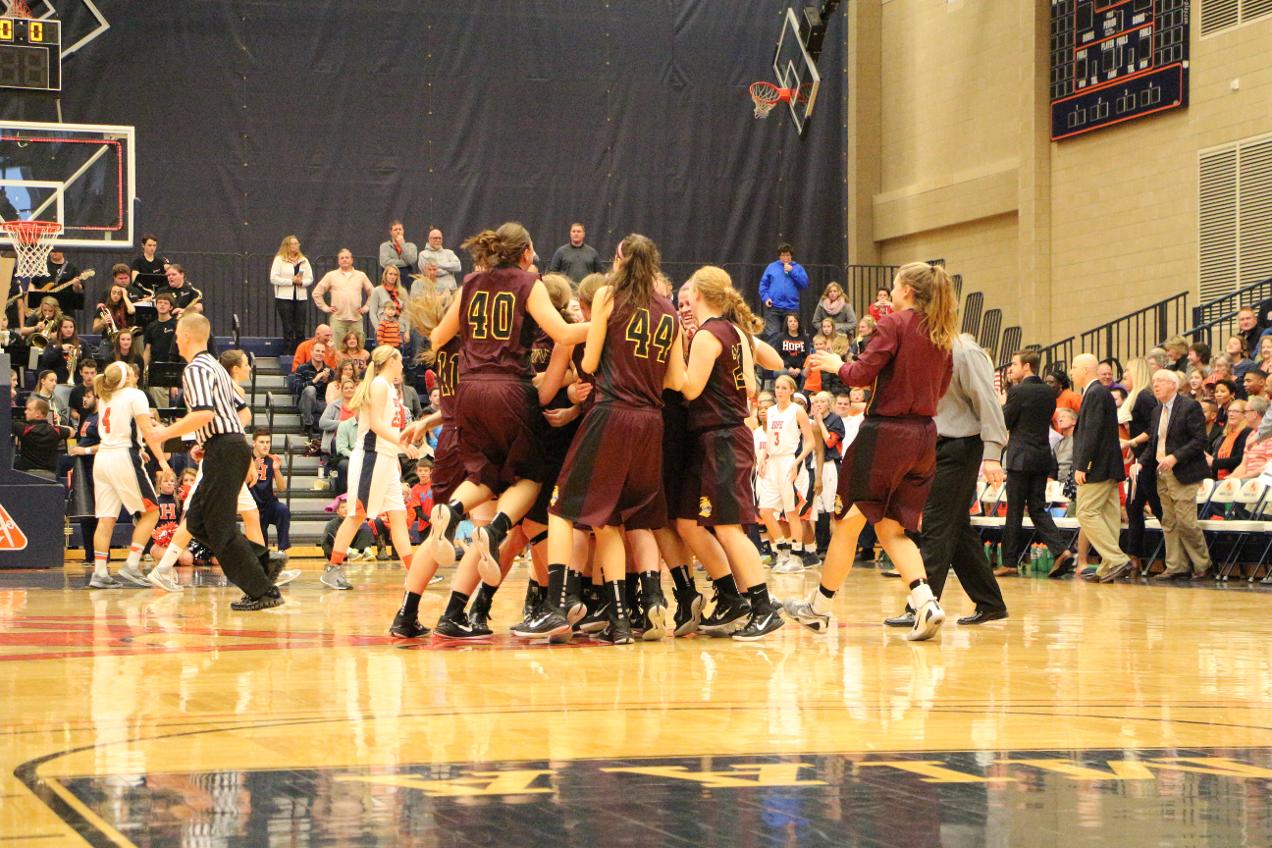 DeVos Fieldhouse was taken over by the Knights for just the second time last Saturday as the Knights beat the Flying Dutch 76-74. With seconds ticking away, senior Hannah Acre put the Knights ahead with an old-school three point play and the Knights prevented the Dutch from scoring. The victory helped the Knights earn a ninth place ranking in the Women’s Basketball Coaches Association USA Today Sports Division III Top 25 poll.

Although Calvin took a 39-29 lead into the locker room at halftime, Hope was able to chip away and bring the score within just one possession. Hope completed an old-fashioned three-point play with nine seconds remaining to put the Flying Dutch ahead 74-73.

Using an offense that was only implemented last season, the Knights were able to take the lead with two seconds left and then hold off the Flying Dutch for the victory.

Acre acknowledged her small size compared to a normal post player in a post-game interview. She said she was setting up for a rebound when she got the ball for the go-ahead lay-up.

Engelhard said of the game, “We’ve come in here before and I’ve played with some great teams, but this year is something special.”

At the end of the game, the teams had similar stat lines, but coach Ross was very happy in the post-game interview with the way his team fought back. The new strategies that the team implemented last year seem to be settling in with the team.

“This year we’re all more experienced [with this system],” said Verkaik. “We all knew what we wanted to do and how to do it.”

Engelhard added: “We definitely have had the athleticism in the last two years. … We’ve been really successful with our press and the new system.”

On Wednesday, the Knights traveled to Kalamazoo, where they won 73-60 and improved their overall record to 15-0.

The Knights currently sit on top of the MIAA with a record of 8-0. Hope is in second at 7-1 after their loss to the Knights.