Men’s soccer falls in second round of NCAA Tournament 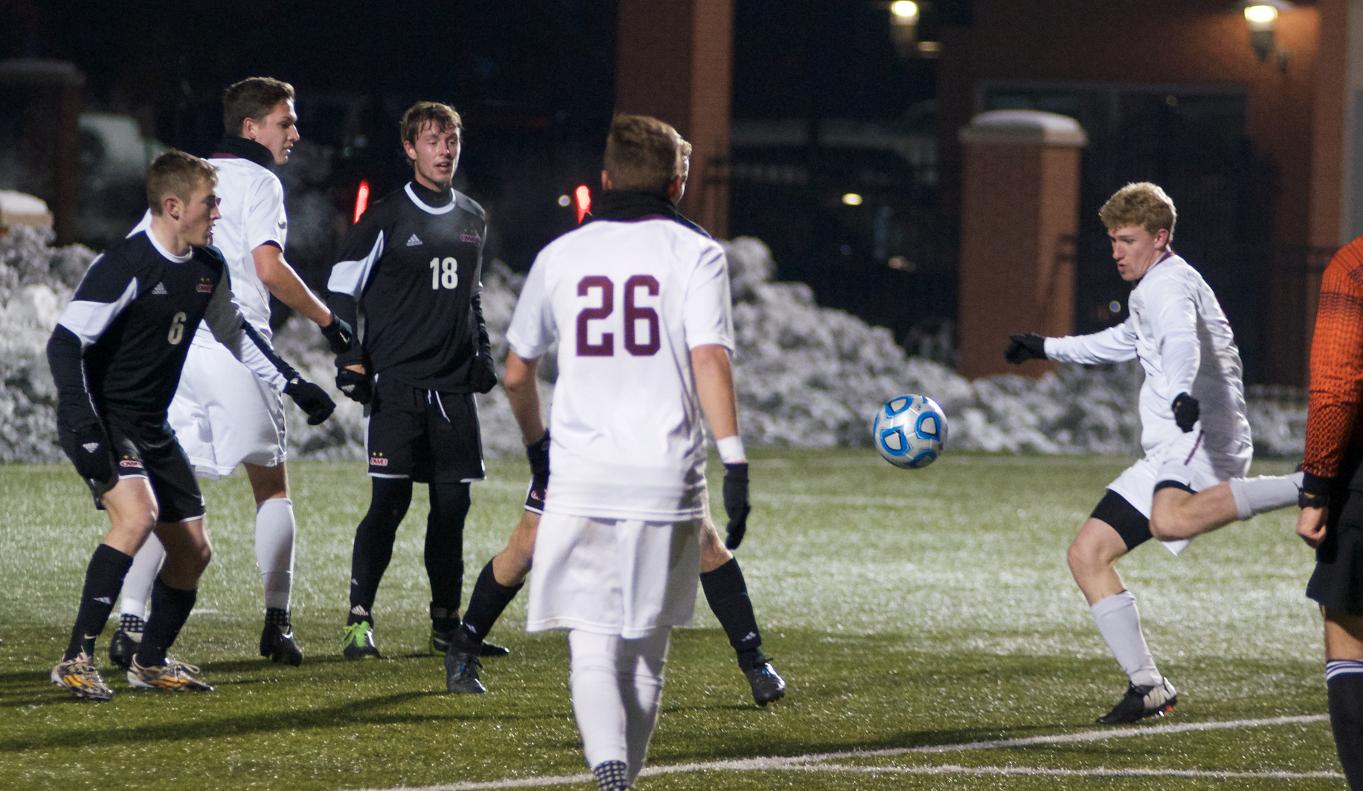 After the third straight game that went to penalty kicks, the Knights finally found themselves on the losing side in the second round of the NCAA DIII tournament when Ohio Wesleyan University won 4-2.

Both teams scored on penalty kicks. The Knights took a lead 20 minutes in after junior Taylor Pruis was dragged down in the box and junior Nick Groenewold slotted a penalty kick past the keeper for a goal. They looked to be clear of another overtime battle, holding on to a 1-0 lead with 10 minutes left, but just one minute later, the Battling Bishops of Ohio Wesleyan University put away a penalty kick.

“There is a lot of emotion in times like this. Obviously, we’re disappointed, and we feel like we could have gotten the win,” said head coach Ryan Souders after the game. “[Ohio Wesleyan University] is a fantastic program, so I’m not taking anything away from them or Coach Martin … but we had our chances.”

Ohio Wesleyan University’s head coach Jay Martin gave praise to the Knights after the game. “That was great NCAA Tournament soccer,” Martin said. “This was a great game, [Calvin] is a very good team, and they had a tremendous year.”

Calvin certainly had a great season, finishing undefeated in conference at 14-0-0, defeated twice only by one goal. The final record for the Knights was 18-2-3, with the last three matches officially scored as draws.

The Knights will be saying goodbye to six seniors: Reed Bowden, Sean Broekhuizen, Andrew Claucherty, Matt DeKryger, Adrien Mary and Travis Vegter. When asked to comment, coach Souders let the lack of words speak: “I’ll be honest, I can’t. I think that says it all. A 30 second clip won’t do justice to our senior class.”

It’s been a great season for the Knights and a joy to follow along.