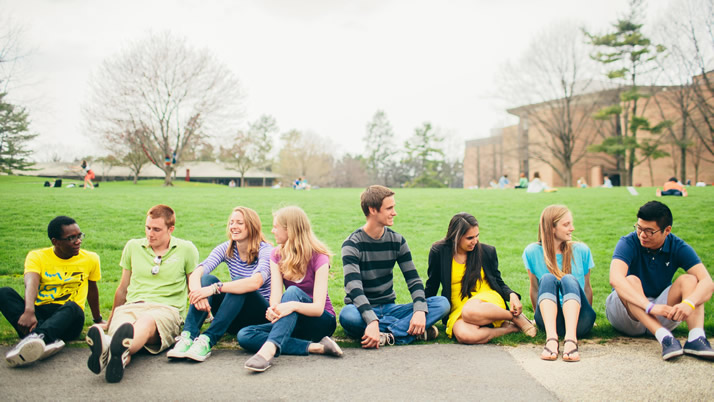 A new report issued by the Cultural Intelligence Center (CQC) found that, while Calvin has “some level of commitment to diversity and inclusion, the college doesn’t consistently put that commitment into practice.”

According to its website, the CQC “offers the first academically validated instrument to measure cultural intelligence.”

Based on feedback from the campus community, the CQC concluded that Calvin’s From Every Nation (FEN) document is “an important historical piece that has created a framework and roadmap for Calvin to become a more diverse and inclusive community.”

However, the FEN document’s commitment to diversity doesn’t always come through in practice at Calvin.

“Many perceive that clear and tangible evidence of that commitment is significantly lacking and the college has yet to fully demonstrate transformational progress in this area,” the report read.

Calvin invited CQC to be external reviewers of their multicultural programs by auditing events and interviewing faculty, staff and students. The primary goal of the report was to “evaluate Calvin’s progress towards diversity and inclusion and recommend sustainable and measurable strategies” to advance Calvin’s mission.

The report also highlighted retention rates among AHANA and international students as an area in which Calvin could improve. The challenge, the report continued, is to “reconcile the desire to attract and retain people and maintain certain core commitments to college’s history and affiliation with the CRC.”

“Moving forward it is our recommendation that Calvin consider broadening its definition of diversity to go beyond racism to other forms of discrimination against human rights,” the report read, “[to] recognize the existence of differences other than race and ethnicity including differences of gender, ability, socio-economic status and sexual identity.”

The CQC believes that this roadmap would be in accordance with the college’s strategic plan and “include built-in accountability and measurable outcomes for the entire campus community”.

The report highlighted seven recommendations for the effectiveness of Calvin’s diversity and inclusion, including the development of a “strategic, comprehensive and integrated plan for diversity and inclusion efforts at Calvin” and an assessment of “the cultural competence of every student, staff, faculty, administrator and BOT [Board of Trustees member] at Calvin.”

Recommendations for making Calvin a more welcoming community also included starting a supplier diversity program such as those implemented by other area colleges, which would encourage business relationships with people of color, women and other underrepresented groups.