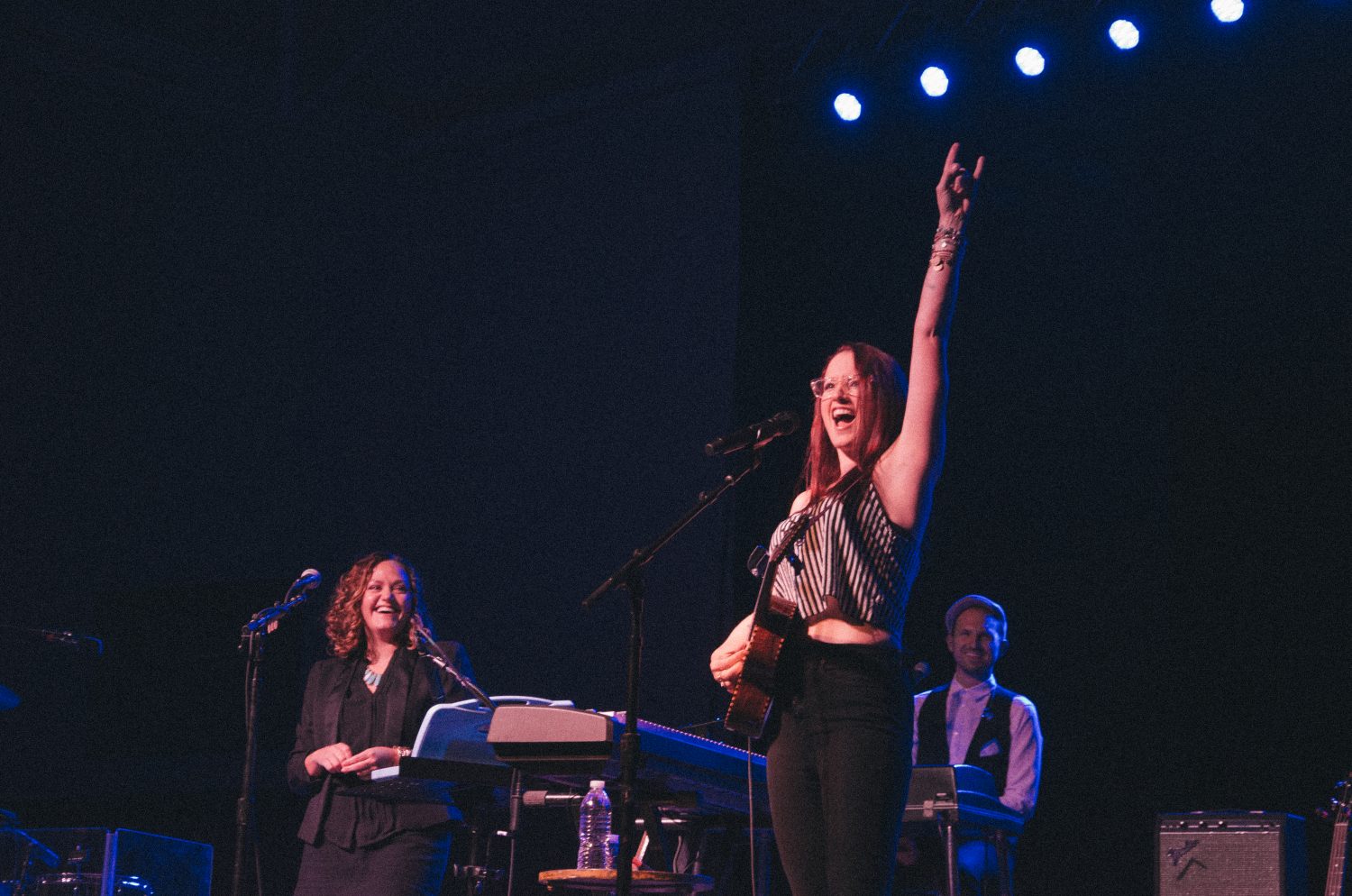 During her return visit to Calvin last Thursday, Ingrid Michaelson charmed audiences with her witty banter and distinctive voice. Those who saw her two years ago can remember how her interactions with the audience created a sense of familiarity that drew listeners into her music, but this time, she took it up a notch. Instead of only opening up the audience to appreciate her music, she was willing to show her own vulnerability and further the artist-audience relationship.

The singer-songwriter has been in the public eye since her song “The Way I Am” was picked up by “Grey’s Anatomy” and used for an Old Navy commercial, but her music has stuck with us as she has released more albums and managed to continue writing music that is relevant and appealing to a wide audience. During her last visit to Calvin, she played in the Covenant Fine Arts Center, but this time she managed to sell out the Hoogenboom.

Chris Koza and DJ opened the show to an enthusiastic crowd with some lighthearted songs that set the tone for Michaelson’s opening. Throughout the performance, she used her improvisational style to keep the tone light between songs and keep the audience laughing.

Between laughing fits, Michaelson played some of her most popular songs, such as “The Way I Am,” “Be OK” and “Girls Chase Boys”; some seasonally appropriate songs, such as “Winter Song” and “Men of Snow”; and a mix of some from her newest album. Despite this variety, the tone of longing and hope that pervades her music remained constant. Her songs express the longing for something more — whether that is love, acceptance or recovery — connecting the audience with the lyrics. What keeps her music from merely explaining difficult situations is her way of looking toward a solution. She does this through lines like “I’m a little let down but I’m not dead. There’s a little bit more that has to be said” or “‘Cause maybe in the future you’re gonna come back. You’re gonna come back around.” Rather than lingering in sorrow, she looks toward the possibility of a brighter future — which was especially prevalent in her cover of “Somewhere Over the Rainbow.”

That is not to say the show was perfect. It had kinks like any other. For example, a couple songs were played out of order after being skipped, and a particularly loud sneeze left Michaelson laughing a couple lines into a song. Rather than being embarrassed, she handled it with humor and made it a part of the night’s aesthetic. At another point in the show, Michaelson reacted to struggling with a difficult harmony by laying down on the floor for the start of a song. In acknowledging mishaps and mistakes with characteristic self-deprecating humor, Michaelson works them to her advantage, helping her relate to her audience more deeply.

As a whole, the show was quirky and fun. It also hit a few poignant, serious notes. The audience left refreshed by her performance and reminded of the joy that can come through music.