IT professionals team with non-profits in GiveCamp 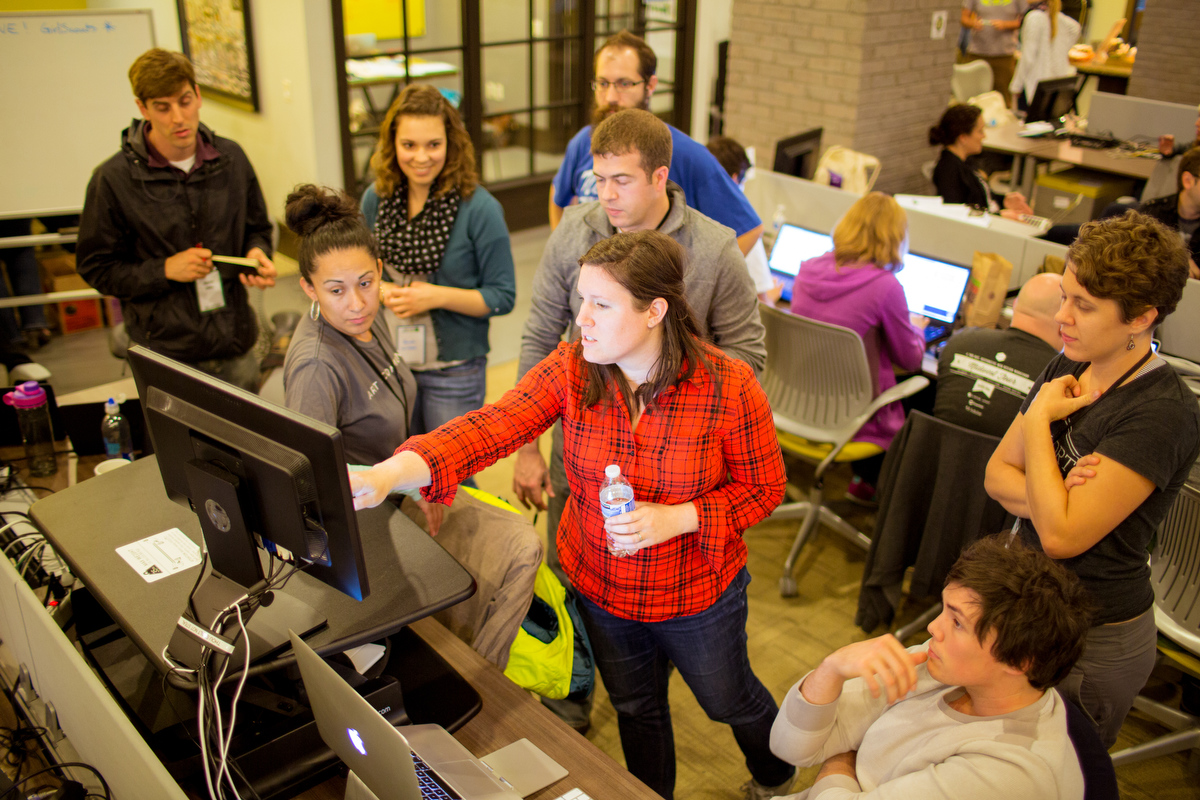 Volunteers from area IT firms used their skills to help non-profit organizations during Grand Rapids’ GiveCamp. A weekend-long hackathon, the event paired teams of software developers, designers and other IT workers with projects proposed by non-profits. Teams worked closely with clients to create websites, applications and databases over the 51-hour event held in the offices of Open Systems Technologies (OST).

Fifteen area non-profits, providing services ranging from sterilizing stray cats to teaching girls how to code, participated in GiveCamp this year. Many organizations, including Health Net of West Michigan and the Kent County Parks Foundation, asked for help redesigning their websites and social media presences. The Otsego County Commision on Aging proposed a system to coordinate, schedule and log in-home assistance for the elderly.

“We did a phenomenal job,” said event organizer Bob Orchard, complimenting the efforts of the volunteers. “Probably 80 percent of them met or exceeded what they wanted and a few went three or 400 percent over their goal.”

Orchard attributed success to a careful matching of projects to technologies and skill sets when grouping volunteers into teams. “Most teams had a good balance of individuals that had different and complementary skill sets,” said Orchard. “I think that really showed this week where we had people working very very well together … everybody found their niche.”

“The primary focus is supporting non-profits that don’t have tech budgets,” said GiveCamp co-president Chip Kragt. According to Kragt, 133 volunteers put in 4,522 hours of work over the weekend and donated over $90,000 worth of services to the organizations. Orchard estimates that GiveCamp GR has saved nonprofits over two million dollars on sixty projects over its history.

Kragt noted that the event has become “an outlet for tech companies … it does help them do the philanthropy work they want to do.” While the tech sector in Grand Rapids is “very generous” according to Kragt, companies want more structure and organization in their giving efforts. “The fact that Give Camp packages this as a volunteer opportunity I think helps.”

Kragt said networking and collaboration is another draw for GiveCamp. “Most volunteers don’t want to pick their own teams,” observed Kragt. “They want to be partnered with people they don’t know so they can network for business and socialize.”

“It was a good networking opportunity,” said OST employee and Calvin alumnus Stephen Clemenger. “It was a lot of fun to get a chance to work with developers from other companies on useful projects for these non-profits.”

Representatives from non-profit organizations expressed their gratitude for the event.

“The new website will make it easier for our community partners to learn about what we do,” said Sarah Wilson, communications coordinator for Health Net of West Michigan. “It makes it easier for them to be able to work with us and build connections within our community.”

“I came into this weekend not knowing really anything about coding,” he continued. “I have a greater appreciation for how a website works. I was able to look at creating a website from a new perspective.”